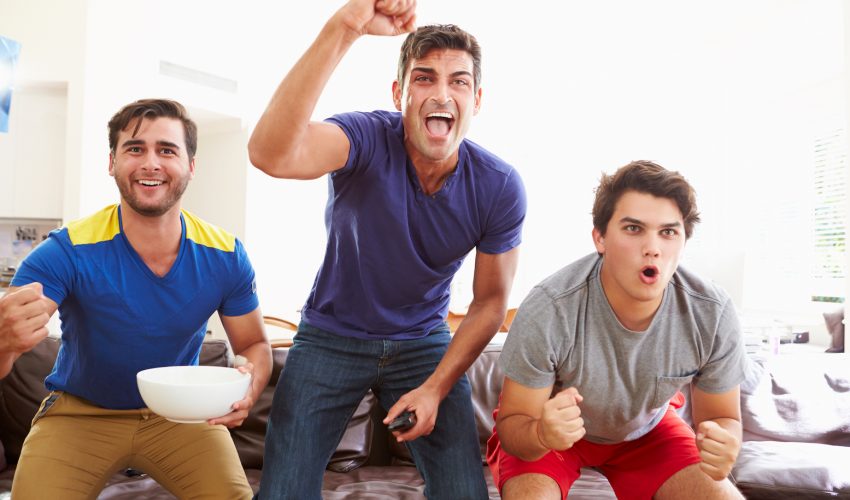 As sports fans experience the thrill of victory and the devastation of defeat, the excitement of the game is having a considerable effect on their cardiovascular health. Researchers found that the heart rate response of hockey fans spiked to strenuous levels while watching a game. Overall, the heart rate increased by an average of 92 percent across all spectators.

A team of experts from the Montreal Heart Institute and the University of Montreal set out to evaluate the cardiovascular impact of a hockey game on healthy spectators. Volunteers in the study reported on their general health and passion for their team prior to participating in heart activity observation during the game.

“Our results indicate that viewing a hockey game can likewise be the source of an intense emotional stress, as manifested by marked increases in heart rate,” said senior author Dr. Paul Khairy. “The study raises the potential that the emotional stress-induced response of viewing a hockey game can trigger adverse cardiovascular events on a population level. Therefore, the results have important public health implications.”

While previous studies have established a link between sporting events and cardiac incidents, this is the first study focused on hockey. The researchers found that peak heart rates were most frequently detected during scoring opportunities and during overtime.

“Our analysis of elements of the hockey game associated with peak heart rates supports the notion that it is not the outcome of the game that primarily determines the intensity of the emotional stress response, but rather the excitement experienced with viewing high-stakes or high-intensity portions of the game,” explained Dr. Khairy.

The findings of the study are published in the Canadian Journal of Cardiology. The authors of the study’s accompanying editorial pointed out that this research should prompt doctors to have a conversation with patients, particularly those with existing cardiovascular issues, about watching sports.

“As outlined, watching an exciting hockey game might trigger a CV event in an individual at risk,” they said. “The danger is particularly high in the arena and at dramatic moments such as overtime. At-risk patients should be warned about potential CV symptoms and should be instructed to seek medical attention promptly if symptoms develop.”