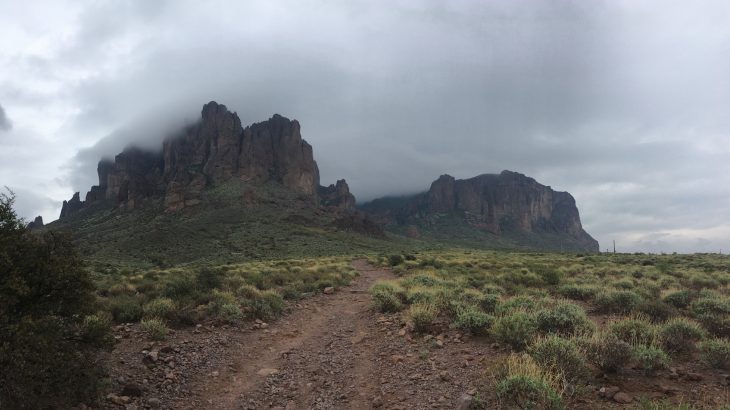 Humans depend on clean water for drinking, cooking, and agriculture, and yet over 800 people lack access to this most fundamental resource, according to the World Health Organization.

Access to clean water in arid and desert regions is especially difficult and often requires expensive and burdensome irrigation technology.

Two new studies published in the journal Philosophical Transactions of the Royal Society address the desert water problem by looking to the desert ecosystem itself to find out-of-box solutions for collecting clean water.

The studies were conducted by researchers from the Ohio State University who examined the water collection and storage methods of different desert plants and animals.

“We thought: ‘How can we gather water from the ambient air around us?’” said Bharat Bhushan, a co-author of one of the studies. “And so, we looked to the things in nature that already do that: the cactus, the beetle, desert grasses.”

Desert grasses, cacti and desert beetles all pull condensed water from fog which settles over the desert at night.

As the plants and beetles collect water droplets from the fog, different mechanisms are used to filter the water down to to the roots (or in the beetle’s case, its mouth), which provides enough water to survive.

With the beetle, water collects on water-repellent bumps on the beetle’s back, and then the water slides down toward the beetle’s mouth.

Desert grass have grooves or channels in the blades that filter water collected at the tip of each blade to the roots.

Cacti collect water on their sharp tips and draw the droplets down cone-like spines to the base of the plant.

The researchers wondered if they could model these different mechanisms for collecting water droplets and design a larger system capable of supplying enough water for human use.

The team used 3D printers to create small lab-scale models of surfaces with bumps and cones to find out which is the most efficient at water collection and placed the models in an enclosed environment with a commercial humidifier to create fog.

Even the material that models were made out of impacted water collection and surfaces that didn’t absorb water were the most efficient.

“The beetle’s surface material is heterogeneous, with hydrophilic spots surrounded by hydrophobic regions, which allows water to flow more easily to the beetle’s mouth,” said  Bhushan.

The researchers hope to create a large-scale model to test in the desert rather than in the lab with the hope of building dependable structures that supply water to desert communities.

“Water supply is a critically important issue, especially for people of the most arid parts of the world,” said Bhushan. “By using bio-inspired technologies, we can help address the challenge of providing clean water to people around the globe, in as efficient a way as possible.”