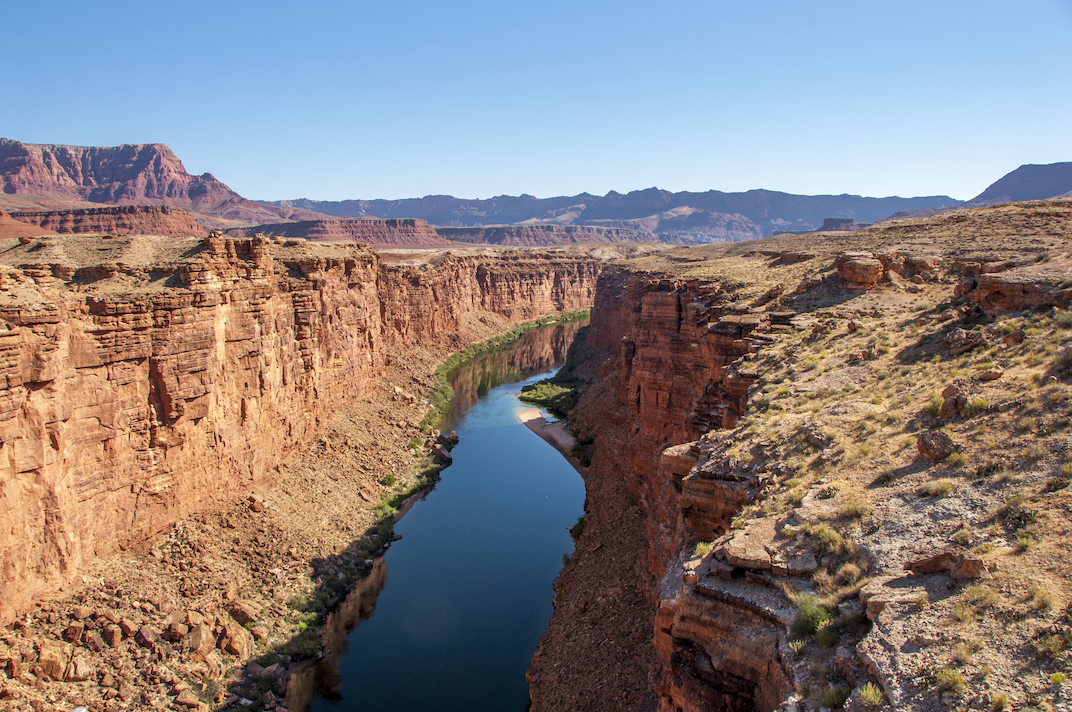 The Colorado River Delta used to be a historically low-salinity river system that consisted of the huge Colorado River, which flowed into the Northern Gulf of California. Due to the unique freshwater conditions, ecological species evolved and adapted to the low-salinity environment, and are distinct from closely related species in the saltier estuaries in other regions of the Gulf.

A new study in the journal PeerJ finds that there are risks to the unique local biodiversity of the tidal portion of the Delta that were previously unknown. Researchers from the University of California, Los Angeles (UCLA) analyzed species of silverside fish in a genus that is only found in the Gulf of California.

One species, Colpichthys hubbsi, only lives in the Delta and is on the endangered species list due to its restricted range. Through genetic and morphologic analyses, the researchers revealed that this species hybridizes along the western edge of the Delta with Colpichthys regis, a relative of C. hubbsi that is widespread throughout the estuaries in the Gulf. In earlier museum collections, no evidence of hybridization between these species was found.

While the genes from C. regis – the widespread species – were found to be common in the range of the C. hubbsi – the Delta specific species. However, there were no genes from the C. hubbsi found anywhere else in the Gulf. This shows clear evidence of gene movement in one direction between the two species, which may put the Delta species at risk of extinction as its genome is replaced by genes of C. regis.

But it isn’t just one species that is affected by this change in salinity. Other groups of fishes – as well as crabs – appear to have evolved as ecological species unable to leave the Colorado Delta’s ecosystem. These species may also be at risk.

As water extraction continues to accelerate in large river systems around the world, it is likely that the loss of ecological species in deltas and estuaries around the world is also accelerating. Although more work needs to be done to determine the exact causes of species separation, it’s clear that efforts need to be made to slow down the destruction being done to these ecosystems.