Weddell seals sacrifice diving energy to give iron to their pups • Earth.com 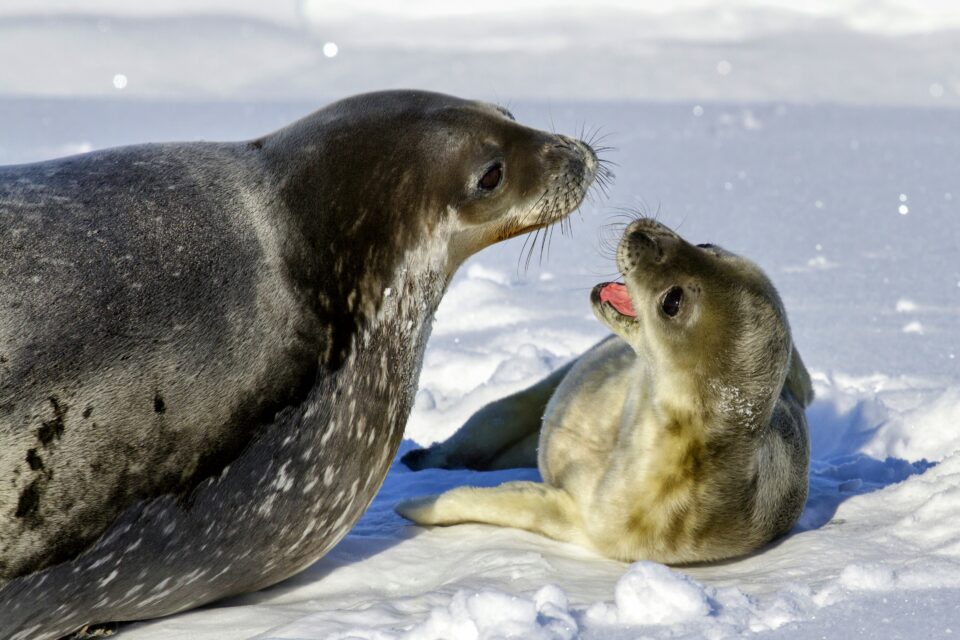 Weddell seals sacrifice diving energy to give iron to their pups

Weddell seal moms transfer a large amount of iron to their pups during lactation. As a result, the mothers have to limit their diving and underwater foraging capabilities, according to a new study published in the journal Nature Communications.

Study lead author Michelle Shero is an assistant scientist at Woods Hole Oceanographic Institution‘s (WHOI) Biology Department. She explained that seals have much greater iron loads than terrestrial mammals because the seals need those proteins to carry oxygen in their bodies.

“That [iron] basically acts as a sort of internal scuba tank for those animals that allows them to dive for so long,” said Shero. “The females are essentially transferring their dive capacities to the pups when they nurse, through this transfer of iron. No one has looked at that before.”

One might expect a mother who recently weaned her young to suffer due to her low iron and inability to dive deep. However, the seals use their knowledge of the ecosystem to thrive.

“The fact that post-partum females gained mass during the late-summer period despite their shorter dive durations indicates that they were not too adversely impacted by reduced post-weaning dive capacity,” wrote the researchers.

“It’s pretty striking that the females wean their pups during this time when there is a lot more productivity around, and when that productivity seems to be shallower in the water column,” explained study co-author Jennifer Burns.

“The female seals’ dive capacities are limited, but they may not need to work as hard to still catch prey. Similarly, even though their pups have lower dive capacity than their mothers, being weaned during a period of high productivity may help their foraging, too. However, if the timing of the pulse in productivity changed, the seals would likely not be able to forage as successfully.”

“In the long-run, if the environment changes such that the seals have to start catching fish species with low iron, that is going to influence the seals’ iron physiology, how much they can store in their bodies for these long dives, and how much they can provide to their pups,” said Shero.

The experts hope this information will spur more research into iron physiology and its essential role in the lives of pup rearing. Moreover, they expect it will encourage more studies into the conservation of fish species that these amazing seals and pups need to survive.