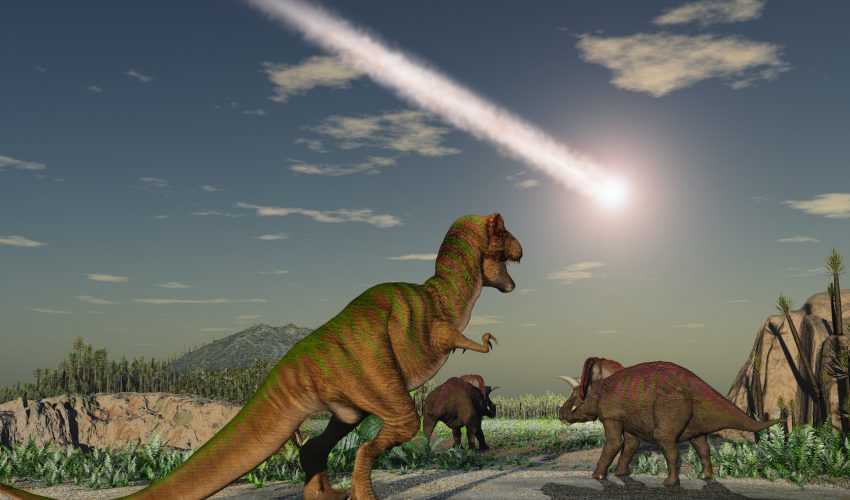 The end of the Cretaceous period was marked by a mass extinction event that scientists estimate wiped out more than three-quarters of all species on Earth. This extinction event is known as the K-Pg extinction. Evidence shows that an asteroid ten kilometers wide struck the earth 66 million years ago prompting the K-pg extinction.

If an asteroid that large were to strike Earth today, it would cause earthquakes, tsunamis, falling soot and ash due to volcanoes, massive wildfires, and launch soot into the atmosphere that would almost completely block out the sun and halt photosynthesis.

New research created a model of the Earth’s climate to see what the end of the Cretaceous period might have looked like after the asteroid strike occurred. The soot in the atmosphere could have caused over a year and a half of darkness and created a dangerous early greenhouse effect with the barrier of soot absorbing the sun’s rays.

Researchers from the National Center for Atmospheric Research (NCAR) and the University of Colorado-Boulder used a computer model to simulate the Earth’s conditions during the end of the Cretaceous period. The team found that this standstill in photosynthesis might have caused marine life to die off later than land animals, but still at a devastating rate.

“The extinction of many of the large animals on land could have been caused by the immediate aftermath of the impact, but animals that lived in the oceans or those that could burrow underground or slip underwater temporarily could have survived,” said lead author, Charles Bardeen from NCAR.

The study used the computer model and the recorded amount of soot in the geological record at that time, 15,000 million tons, to gauge the effect it would have had on climate and photosynthesis.

The model showed that even if the amount of soot in the atmosphere was less than recorded or predicted, it would still block out the sun and impair photosynthesis.

There are limitations in the study however, as the model uses modern day Earth rather than looking at how the Earth was at the time of the Cretaceous period. An improved model could be useful in determining the exact impact a nuclear event will have on our atmosphere should we ever encounter a nuclear warfare