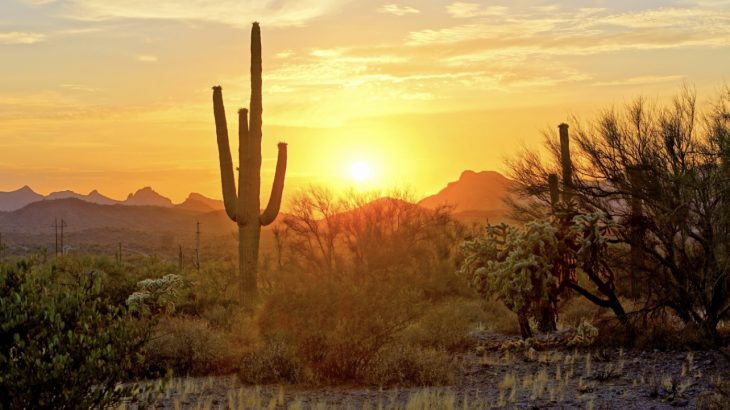 Over the last 50 years, annual rainfall has become less predictable and dry periods have become longer across most of the western United States, according to a new report from the U.S. Department of Agriculture.

“Changes in precipitation have far‐reaching consequences for socio-ecological systems, especially in water‐limited regions such as those common in the western U.S.,” wrote the researchers.

“While the total amount of precipitation is important for these systems, key aspects of precipitation timing, such as the length of dry periods between precipitation events, can strongly influence ecosystem services including ecosystem carbon uptake, productivity for grazing and forage, wildfire frequency, and intensity, and water availability for societal use.”

Study co-senior author Joel Biederman is a research hydrologist with the ARS Southwest Watershed Research Center in Tucson, Arizona. He explained that total yearly rainfall has decreased by an average of four inches, while the longest dry period in each year increased from 20 to 32 days across the West.

“The greatest changes in drought length have taken place in the desert Southwest. The average dry period between storms in the 1970s was about 30 days; now that has grown to 45 days,” said Biederman.

“Consistency of rainfall, or the lack of it, is often more important than the total amount of rain when it comes to forage continuing to grow for livestock and wildlife, for dryland farmers to produce crops, and for the mitigation of wildfire risks.”

The rate of increasing variability of rainfall appears to be accelerating. Exceptions to these drought patterns were found in Washington, Oregon, and Idaho; parts of Montana and Wyoming; and the most western parts of North and South Dakota. In these regions, the researchers noted some increases in total annual rainfall and decreases in drought intervals.

Together, these changes support what models have predicted as a consequence of climate change: a northward shift in the mid-latitude jet stream, which brings moisture from the Pacific Ocean to the western United States, explained Biederman.

For the investigation, the researchers used actual rainfall data from 337 weather stations spread across the western United States. This revealed variability that is often overlooked by the more common use of “gridded” data.

“Fangyue Zhang, lead author of the manuscript and a post-doctoral researcher on our team, did the hard, painstaking work of compiling and analyzing data from more than 300 weather stations with complete daily records to reveal these changing drought and rainfall patterns,” said Biederman.

Study co-senior author William K. Smith of the University of Arizona said the team was surprised to find widespread changes in precipitation have already occurred across large regions of the West.

“For regions such as the desert Southwest, where changes clearly indicate a trend towards longer, more erratic droughts, research is urgently needed to help mitigate detrimental impacts on ecosystem carbon uptake, forage availability, wildfire activity, and water availability for people.”