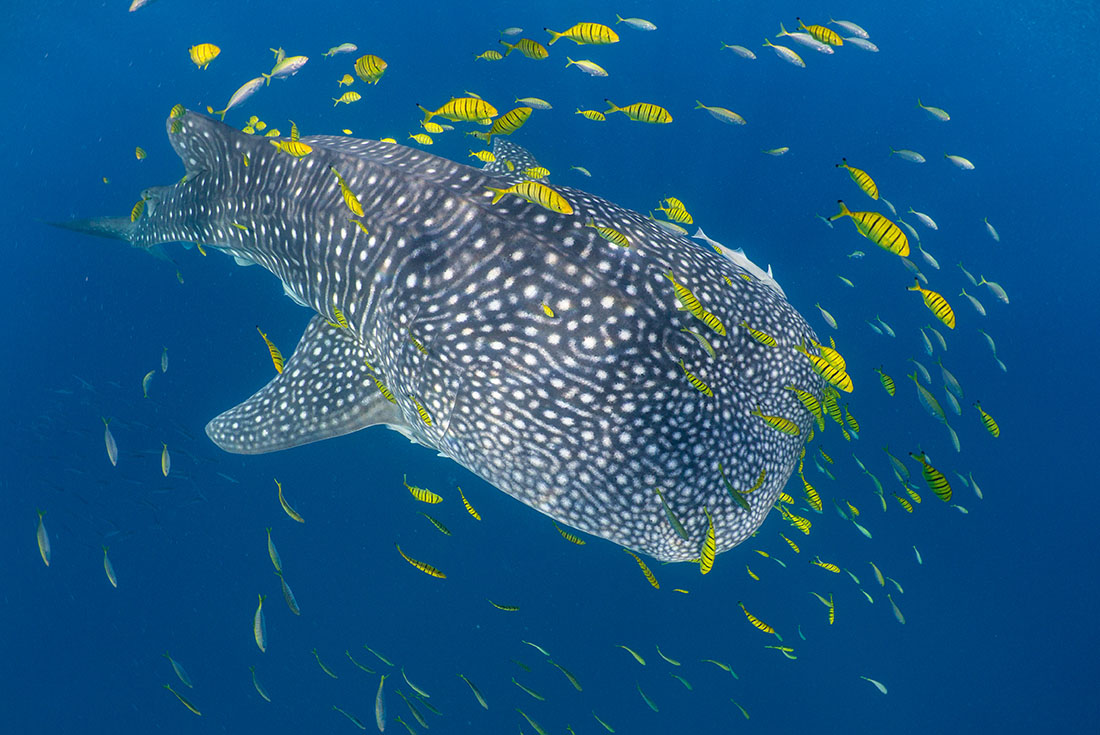 A new study led by the University of Southampton has taken a biochemical approach to tracking the movement of whale sharks at various feeding sites. The researchers found that these endangered animals, which are the largest fish in the world, do not actually venture out as far as previously thought.

Using stable isotope analysis, the experts demonstrated that whale sharks feeding at three sites in the Western Indian Ocean  and the Arabian Gulf hardly ever roamed more than a few hundred kilometers north or south of these areas.

“Whale sharks are amazing swimmers, often moving over 10,000 km each year, and they can dive to around 2,000 meters in depth,” said study lead author Dr. Clare Prebble. “Biochemical studies tell us more about where they go and what they do when they’re out of our sight.”

The movement and diving behavior of marine animals is typically monitored using electronic tags, but only short-term tracking has been possible with this method.

For the current study, the scientists used tiny samples of skin tissue from wild whale sharks. The fragments of skin were collected over the course of two to three years at each location, and provided the team with enough evidence to reconstruct the movement and feeding behavior of the sharks over the months prior to collecting the samples.

While isotopes of nitrogen and carbon have similar chemical properties, they vary in their atomic mass. Ratios between the heavier and lighter isotopes of these elements fluctuate naturally across different marine habitats.

In addition to the biochemical analysis, the researchers also captured photographs of the unique markings on each whale shark to identify and track individuals over ten years. The team recorded 4,197 encounters with 1,240 individual whale sharks across the three sites.

Out of hundreds of sharks, only two moved between sites – both swimming around 2,000 kilometers north from Mozambique to Tanzania. The findings indicate that movement between these major aggregation sites is very limited over months to years.

“The best data available suggests that more than half of the world’s whale sharks have been killed since the 1980s,” said Dr. Prebble. “Although the Western Indian Ocean remains a global hotspot for the species, even the largest feeding areas only host a few hundred sharks. Our results show that we need to treat each site separately, and ensure good conservation management is in place, as the sharks may not re-populate if they’re impacted by people’s activities.”

The study is published in the journal Marine Ecoology Progress Series.