How whales grew to become the largest mammals on Earth • Earth.com 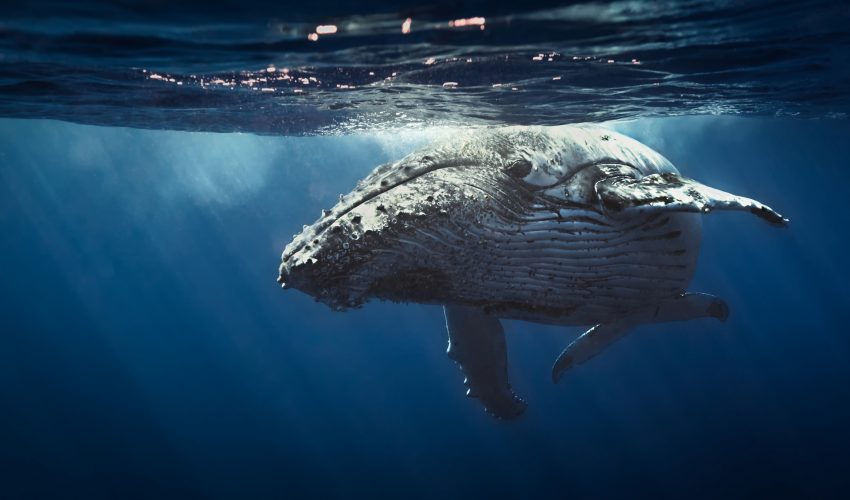 How whales grew to become the largest mammals on Earth

How did whales evolve to be some of the largest animals on Earth?

Previous research has hypothesized that the expansive nature of the world’s oceans allowed for more flexibility in how large a species developed its body size. The simple concept equated more space with more room to grow.

However, researchers from Stanford University found that this was not the case, and that marine mammals are actually more constrained in their size than land animals.

The results, published in the journal Proceedings of the National Academy of Sciences, show that size is dependant on ancestry, energy and food availability more than anything else.

“Many people have viewed going into the water as more freeing for mammals, but what we’re seeing is that it’s actually more constraining,” said Jonathan Payne, a co-author of the study. “It’s not that water allows you to be a big mammal, it’s that you have to be a big mammal in water – you don’t have any other options.”

For the study, the researchers collected data on body mass for 3,850 living and 2,999 fossil mammal species. The data included records of extinct species as well as living ones.

The researchers examined the compiled data and created models in order to understand how mammals that came to live in water grew to their standard sizes.

Although whales, seals, and other marine mammals share similar characteristics, they don’t share a common ancestry. For example, seals and sea lions are related to dogs while whales and dolphins are related to hippos.

It would seem that as soon as a species began to live in the water, it evolved to its new size relatively quickly.

The researchers suggest that for aquatic mammals, their larger size helps them retain heat which is important for conserving energy. The size of an aquatic mammal then becomes dependent on its energy needs.

“Basically, animals are machines that require energy to operate. This need for energy places hard limits on what animals can do and how big they can be,” said Craig R. McClain, a fellow co-author of the work.

The researchers are working to expand their understanding of animal size distribution to other species other than aquatic mammals and hope that their work will help explain the many variations in size for animals from different classes of species.

“The hope is there are simpler explanations that can apply to other species, including terrestrial animals,” Payne said. “It opens up some possibility that body size can be explained by basic principles of physics and chemistry.”