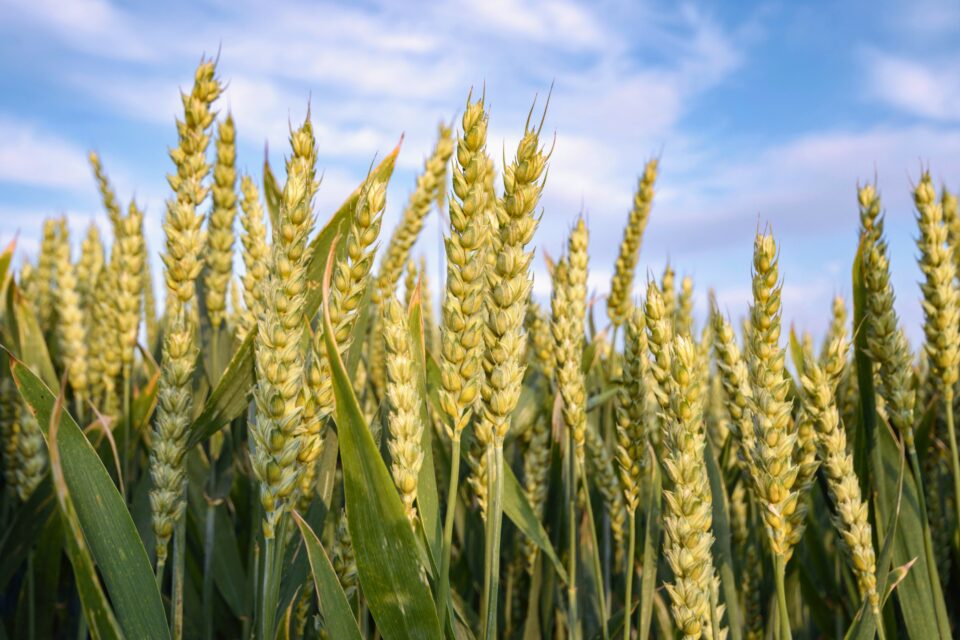 Plants use carbon dioxide (CO2) during photosynthesis to produce food for themselves, and the availability of this gas can be a limiting factor for their growth. The current rise in levels of CO2 due to burning fossil fuels and other human activities might therefore be seen as a good thing for plant growth, and for crop yields in particular. However, research from a team of scientists from six different countries indicates that the effects of global warming may not be as straightforward as this. For one, wheat plants don’t tolerate high temperatures very well.

The researchers estimated the comprehensive impact of climate change and extreme climate events on global wheat supply and the demand chain in a 2℃ warmer world by using a novel climate-wheat-economic ensemble modelling approach, where they consider the impact of increasing temperatures on wheat price, livelihoods and agricultural markets.

The experts agree that CO2 enrichment in the atmosphere could cancel out the effects of temperature stress on crops, and that a slightly higher wheat yield could result under a 2 ℃ warming scenario. However, increases in global yield do not necessarily result in lower consumer prices. Indeed, the modelling results suggest that global wheat price spikes would become higher and more frequent, thus placing additional economic pressure on millions of people around the world.

“This leads to higher demand for international trade and higher consumer prices in the importing countries, which would deepen the traditional trade patterns between wheat importing and exporting countries,” explained study co-author Karin van der Wiel, a climate scientist at the Royal Netherlands Meteorological Institute,

It is possible that trade liberalization, the removal of restrictions on the exchange of goods between countries, could help to mitigate climate stress via improving market mobility. The current research team revealed that such policies could indeed reduce the costs of wheat products to consumers, but the impact on farmers would be mixed. For example, the promotion of free trade in wheat under 2 ℃ warming could stabilize or even improve farmers’ income in wheat exporting countries but would reduce income for farmers in wheat importing countries.

“These results would potentially cause a larger income gap, creating a new economic inequality between wheat importing and exporting countries,” said WEI Taoyuan, co-author and an economic scientist at the CICERO Center for International Climate Research. Zhang further explained that more dependence on imports could lower the wheat self-sufficiency ratio, thus causing a “vicious negative cycle” for wheat importing and less-developed countries in the long term.