Why are some sea stars more susceptible to disease? • Earth.com 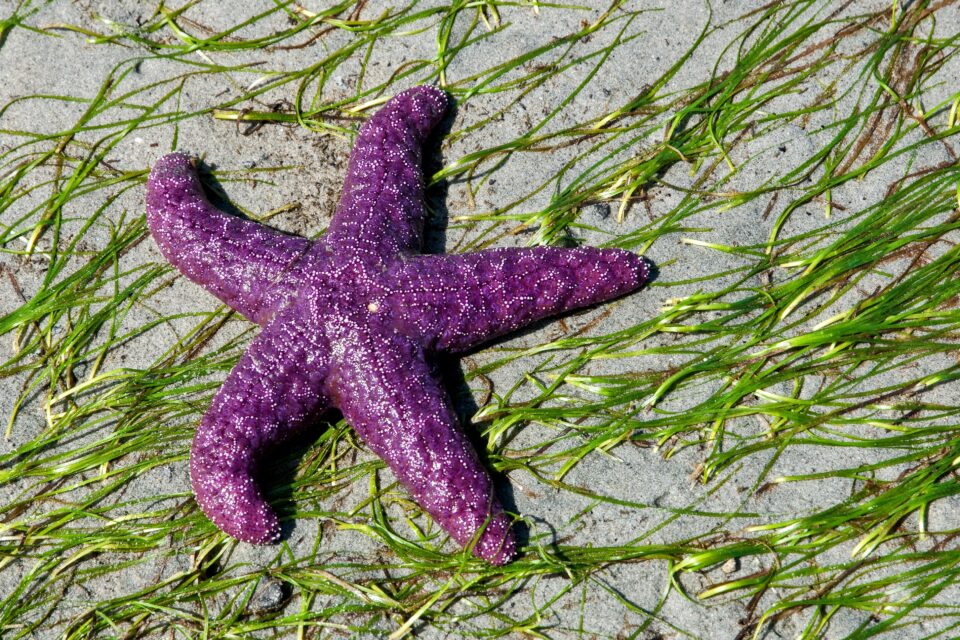 Why are some sea stars more susceptible to disease?

Ocean life can suffer from epidemics too. From 2013 to 2016, the “wasting syndrome epidemic” is believed to have been largest marine wildlife disease event in history. This event largely affected sea stars, specifically 20 species ranging from Baja California to the Gulf of Alaska.

A species that is generally known as the purple sea star or purple ochre, Pisaster ochraceus, is of particular interest to scientists. Purple ochre is considered a keystone species, which means that other species in an ecosystem heavily depend on the group for survival. During the epidemic, populations of the purple sea star were hit extremely hard, with estimated declines of 50 to 94 percent.

To understand the long term effects of such an impactful epidemic, researchers at Oregon State University assessed genomic differences between healthy and infected ochre. The experts found that healthy-looking ochre sea stars have minimal genetic difference from those with symptoms of sea star wasting syndrome.

“Our reasoning was that a sick sea star and healthy sea star nearby were likely exposed to similar conditions, so maybe the ones that looked healthy had some type of genetic predisposition toward resistance or tolerance to sea star wasting syndrome,” said Andrea Burton, who led the study. “It was a unique chance to compare apparently normal and wasting individuals from the same time and place during the sea star wasting syndrome epidemic.”

The researchers looked at visual symptoms of wasting syndrome, such as twisting or missing arms, loss of grip on rocks, and even “melting.” For the purposes of the study, animals with none of those symptoms were considered healthy.

Despite these observable symptoms, the experts found that genomic variation between normal-looking and wasting sea stars was very low. This is a concerning outcome when trying to understand what makes some sea stars immune, and others susceptible to disease.

Without these clear identifiable distinctions, the researchers said they have even more concerns regarding how this species of sea star will fare in future outbreaks.

Sadly, we can expect more frequent ocean epidemics. “A changing climate is causing the ocean to warm and those rising sea water temperatures are putting more and more stress on marine ecosystems,” said Burton. “As a result of that stress, marine diseases have become more prevalent over the last few decades.”

On the bright side, the experts successfully identified a list of genomic regions with signs of disease resistance. This could be key in determining how a sea star will respond to a future wasting syndrome outbreak, and may present promising opportunities to enhance species resilience.

“Assessing the potential for natural population resilience is a huge piece of predicting the long-term prospects for affected species and all of the species and communities they influence,” said Burton.

“Some marine species are suitable for selective breeding but many others are not, so examining genomic variation in natural populations can help answer the question of whether a species has the genetic makeup to withstand diseases on its own.”