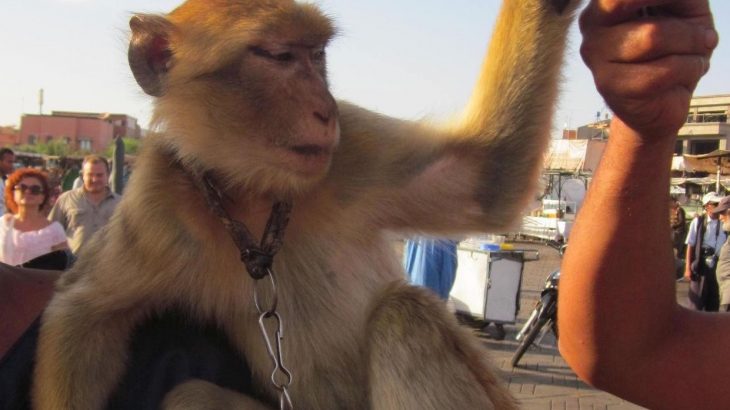 Wild animals are sometimes used as props or entertainment to attract tourists. It’s a gimmick that may seem harmless, but the reality couldn’t be farther from the truth, as a new study has shown that many tourists understand the dangers of using animals, particularly endangered animals, for entertainment.

In Morocco, Barbary macaques are a common sight in busy marketplaces like Jemaa el-Fna square in Marrakech.

Even though macaques, the only primates native to Algeria and Morocco, are highly endangered, one barbary macaque may end posing 18 times per hour for photos. It’s good money for the primates’ handlers as such photos can cost up to 100 Dirhams.

Morocco to see if Barbary macaques being used as props was perceived positively.

The Barbary macaque has been listed as “endangered to extinct” on the International Union for Conservation of Nature Red List since 2008. The researchers wanted to know if this information changed how tourists responded to prop macaques or even if tourists knew that it was illegal to sell or own macaques.

“Seeing primates as pets or photo props, whether that is in the media or at tourism destinations, can lead to the assumption that there are a lot of them and it is suitable to keep them as pets,” said Kristina Stazaker, the leader of the research.

Over Easter, when tourism is at its highest in Morocco, the researchers asked 513 visitors to Jemaa el-Fna to answer a 25-item questionnaire about Barbary macaques.

The majority of the visitors surveyed (88 percent) said they had never taken their picture with the tourist attraction macaques and added that they never would.

Over 200 of the study participants said that it was unethical or harmful to the animals. Some of the survey respondents even brought up safety issues for humans as it can be dangerous for wild animals and humans to interact.

“Most of the survey respondents didn’t see the macaques as an attraction and found the photo props off-putting, said Jay Mackinnon, a co-author of the study. “They pitied the animals and raised concerns about hygiene and the risk of serious infections being transmitted.”

The few visitors who had gotten their photos taken with macaques said they wanted a chance to interact with the rare animals, but many did not appreciate how the macaques were treated by their handlers. 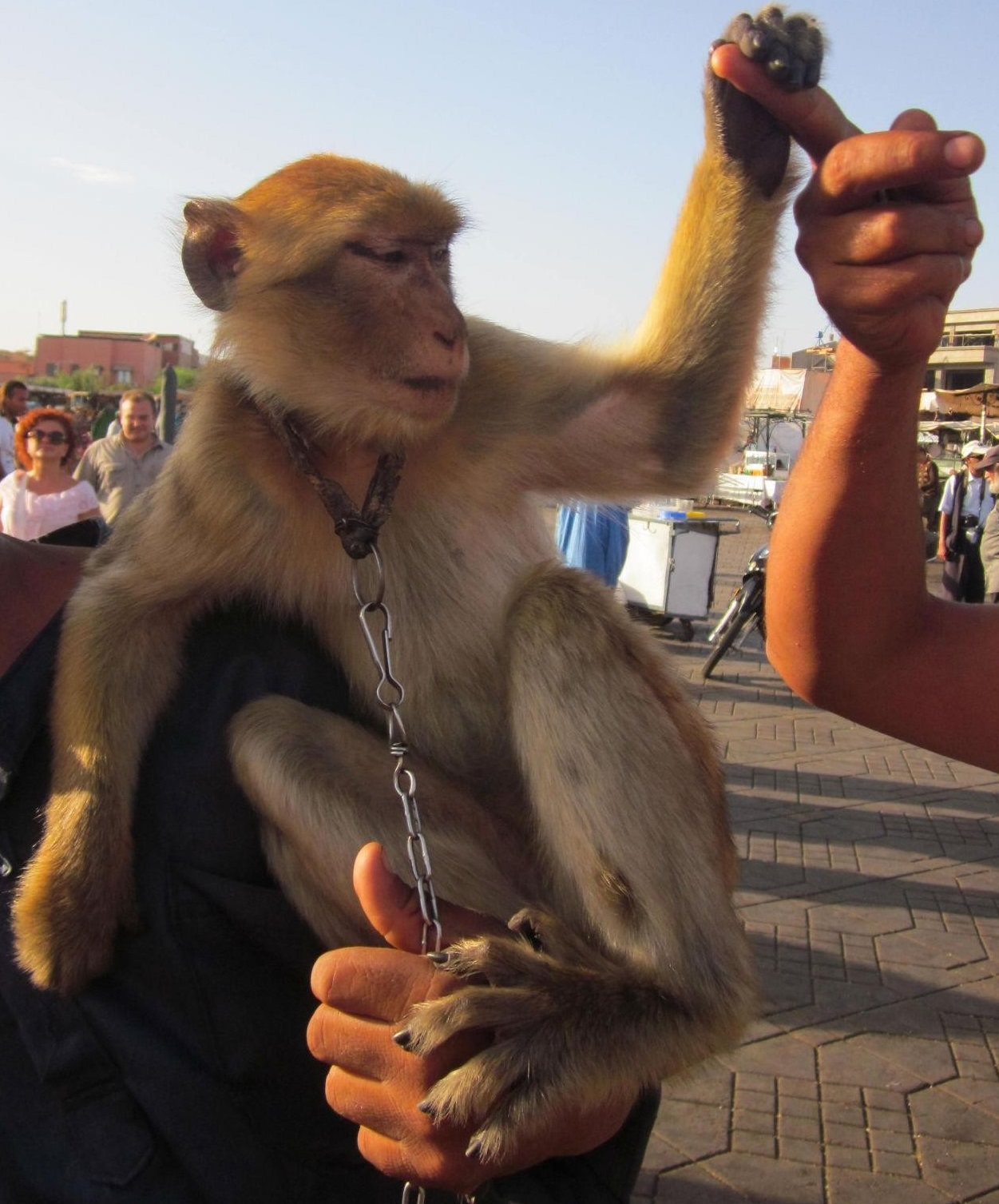 “We know that the perception of poor animal welfare can contribute to a negative experience or image of the destination visited,” said Mackinnon. “It would be a shame if tourists were taking away some memories of Morocco that are negative because of this unethical practice.”

66 percent of the visitors said that it should be illegal to take photos with Barbary macaques, but 80 percent of the 513 people surveyed had no idea it was already illegal in Morocco.

“Barbary macaque numbers have plummeted by more than 50% since the 1980s due to habitat loss and juveniles being sold illegally as pets. Only one in four survey participants was aware that this species is endangered,” said Stazaker.

Stazaker and Mackinnon presented their research at the British Ecological Society annual meeting earlier this December.

The researchers say that if wildlife managers at national parks where macaques roam free improve ecotourism opportunities, it could help decrease the exploitation of macaques in markets and busy tourist areas.