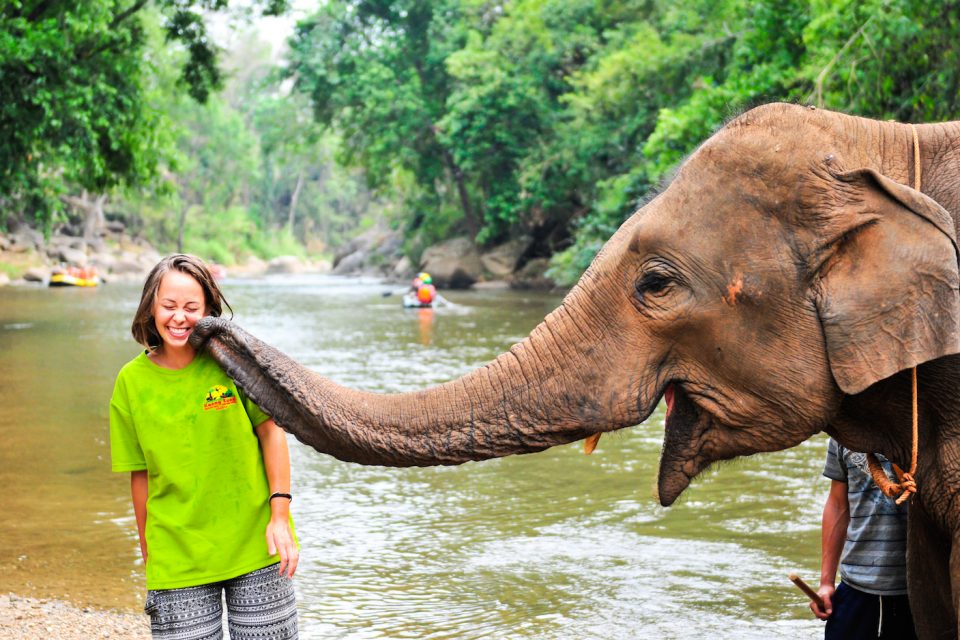 A new poll, commissioned by World Animal Protection, shows a meaningful shift in the way travelers view inhumane animal activities such as elephant rides, swimming with the dolphins excursions, and animal selfies.

For all ages, the poll found a 9 percent drop in the number of people who believe elephant riding is acceptable compared to three years ago. Over 80 percent of tourists stated they would prefer to view animals in their natural environment.

The poll also found that millennial travelers were the most compassionate age group. Jennifer Yellin, Senior Vice President at Northstar, a research firm that conducted focus groups for World Animal Protection said in a press release, “There is a relationship between age and travel activity choice when it comes to animal welfare. For example, people under 35 are more aware of animal cruelty issues. This age segment, more so than older travelers, voice greater interest in seeing animals in their natural habitats rather than forced interactions like swimming with dolphins.”

Young people are known for their interest in traveling and enjoying experiences over material possessions. The desire to have exciting experiences can draw people towards inhumane animal attractions, which often promise hands-on opportunities to play with and take photos of wild animals. Despite this, young people seem to be conscientious of animal welfare when making traveling decisions.

Animal attractions are a common site throughout the world. To unsuspecting travelers, these attractions may seem like a safe haven for wild animals. After all, inhumane animal attractions often try to market themselves this way by using words such as “sanctuary” and by claiming they rescued the animals.

A comprehensive study that examined the welfare of animals in 24 different types of wildlife attractions found that 14 attraction types had negative animal welfare and conservation impacts including captive dolphin interactions, elephant parks, and tiger encounters.

The elephant parks in Asia are a particularly prominent animal attraction. There has been a 30 percent rise in the number of elephant attractions in Thailand since 2010. These attractions offer opportunities to ride, touch and bathe elephants.

According to World Animal Protection, elephants used for rides undergo a cruel breaking-in process where they are isolated, restrained and struck at a young age to make them accept human riders. A survey by Animal Nepal of 42 elephant safaris found that over 80 percent of the elephants lived in unsuitable conditions.

The new poll shows a promising change in consumer attitude towards animal attractions, especially among the new wave of travelers.

“It’s very encouraging to know that young travelers are increasingly considering the wellbeing of animals in their plans.  We know that vacationers don’t want to harm wildlife, in fact polling shows that most people participate in harmful wildlife attractions because they like animals.  This movement away from captive wildlife attractions is about education and working with travel companies to improve policies,” says Josey Kitson, Executive Director of World Animal Protection Canada in the press release.

The poll comes a few years after TripAdvisor announced that they are no longer selling tickets to attractions where travelers can touch wild animals and Instagram announced that wildlife hashtags will come with a notification warning about potential animal abuse.