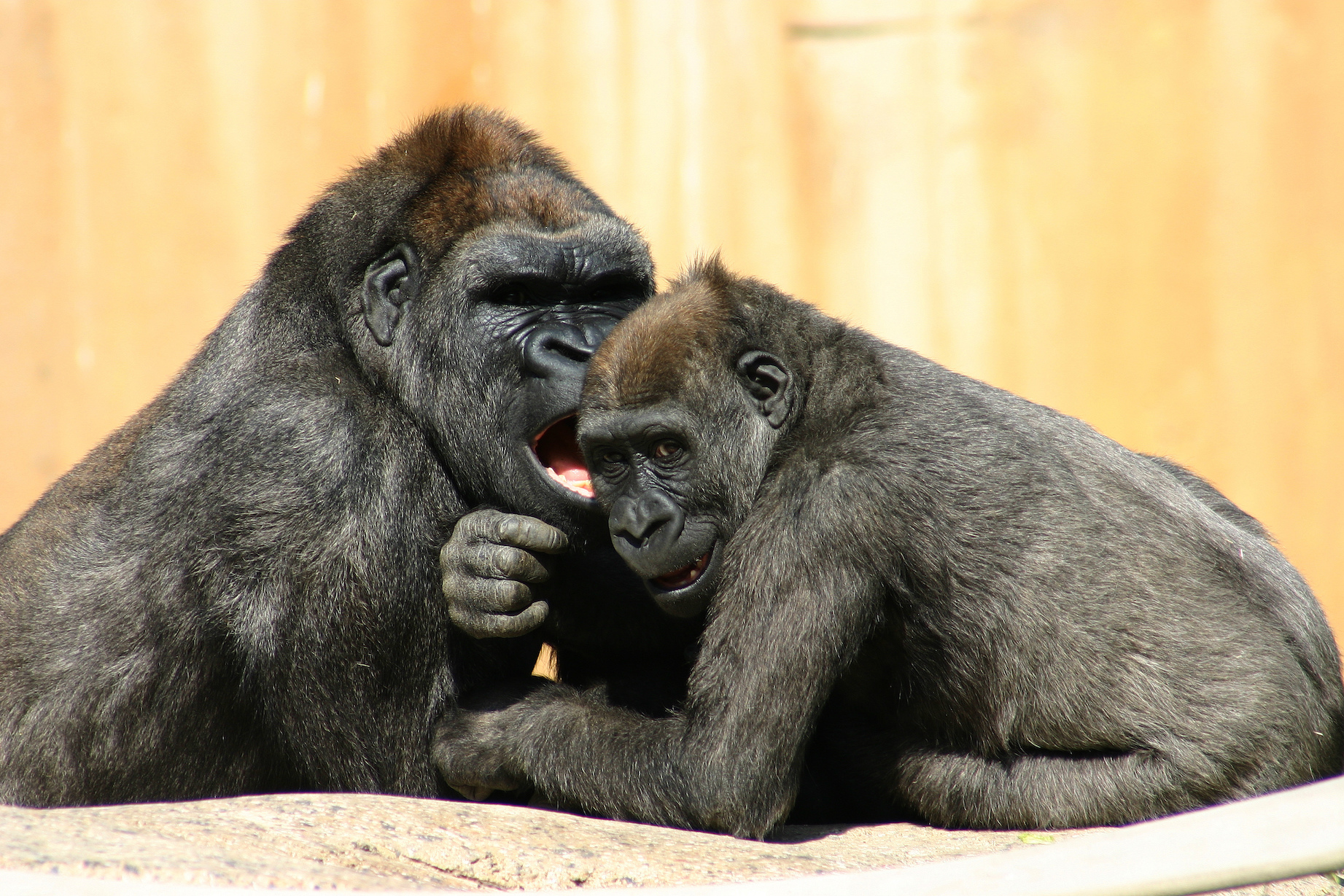 Animals communicate information to one another through sounds, smells, vocalizations, and body language. Some methods of animal communication make sense, while others seem downright bizarre. The following is a run-down of animals that communicate in unexpected ways.

Using an elaborate dance in the shape of a figure eight pattern, honey bees reveal the best places to find food to the other worker bees. The performance incorporates abdomen shaking and loud buzzing. This honey bee dance language was first decoded by Austrian scientist Karl Von Frisch. The angle of the dance and the length of time the bees “waggle” directly correlates with the distance and location of where the bees forage.

There are two variations of the honey bee’s waggle dance. One variation, the round dance, informs the other bees that a food supply is within 165 feet of the hive. The sickle dance lets them know the trip will be a little bit longer, with the location of the food anywhere between 165 and 500 feet. Honeybees also use other movements, odor cues, and food exchanges to communicate important information to each other.

While the honey bees dance for food, the blue-capped cordon-bleu songbirds dance for love. Originally, scientists believed these finches were simply bobbing their heads and singing to their potential mates. When video footage of the songbird’s performance was slowed down, researchers discovered that these birds were actually tap dancing at speeds so fast the human eye could not see.

Both males and females attempt to find a mate using these courtship performances. These birds are monogamous, and very picky about choosing their mates. Perhaps this is why they put so much energy into their mating calls, executing up to 200 moves in five seconds.

Gorillas have such a complex communication system that researchers have identified over 20 sounds that gorillas make and what they mean. Their communication skills range from laughing to growling. Some species of male gorillas in the wild actually hum a tune when they are happy or when it is time for a meal.

When you think of a gorilla showing signs of aggression, the first thing that comes to mind is loud screaming and chest beating. These emotional creatures also stick out their tongues when they are irritated or angry. It may seem like they are joking and playing, but it turns out this is not the case.

This tiny primate was once thought to be extremely quiet – until a team of researchers discovered they communicate with calls at such high frequencies that the sounds are inaudible to humans. In fact, the tarsier has one of the highest ultrasonic frequencies recorded for any mammal, and is the only primate that vocalizes with pure ultrasound.

The high-frequency calls are used to warn each other when humans or predators are nearby. Standing only three to six inches tall and weighing only a few ounces, these tiny animals need all the defense they can get. Large eyes give them great night vision, and they have big ears that can move in the direction of any noise.

At the opposite end of the spectrum, African elephants use low-frequency calls to communicate. Also inaudible for humans, these sounds seem more like rumbling vibrations. The rumbles indicate how the elephant is feeling, and range from nervous to calm to pleasant.

These vibrations help elephants in long distance communication. The rumbles serve many purposes, including helping the animals to locate loved ones and signaling their reproductive status to potential male mates. The rumbling also helps elephants to detect where other elephants are, and plan their grazing route accordingly.

Whales grunt and rumble in order to attract mates and communicate with their offspring. The males produce long, complex melodies that remain somewhat of a mystery. Even after decades of studying the whale songs, there are many aspects that are not understood by scientists. Perhaps the most amazing fact about whale songs is that identical songs are sung in regions that are hundreds and thousands of miles apart.

Adding to the mystery is the discovery that the whale songs contain rhyming sounds. Scientists suspect this is to help the humpback whales remember the songs. The tunes are believed to be mating calls that communicate youth, vitality, and strength to potential mates. The whales are also known to sing when they have lost a loved one or when they are lonely.

Rhinos have many human-like means of communicating including vocalizations,  body language, and facial expressions. Because rhinos do not see very well, they rely heavily on their senses of smell and hearing to communicate. Screaming indicates fear, while panting indicates a need to join forces due to impending danger.

Rhinos also have a very bizarre method of communication that is far from familiar to humans – through their feces. The rhinos have a communal dung pile called a midden. Each rhino shuffles through the dung and leaves their contribution behind as well. Different chemical signals exist in the feces, and the rhinos are able to get information about each other’s status such as age and general health by sniffing the poop. This process has been jokingly compared to updating one’s Facebook status.