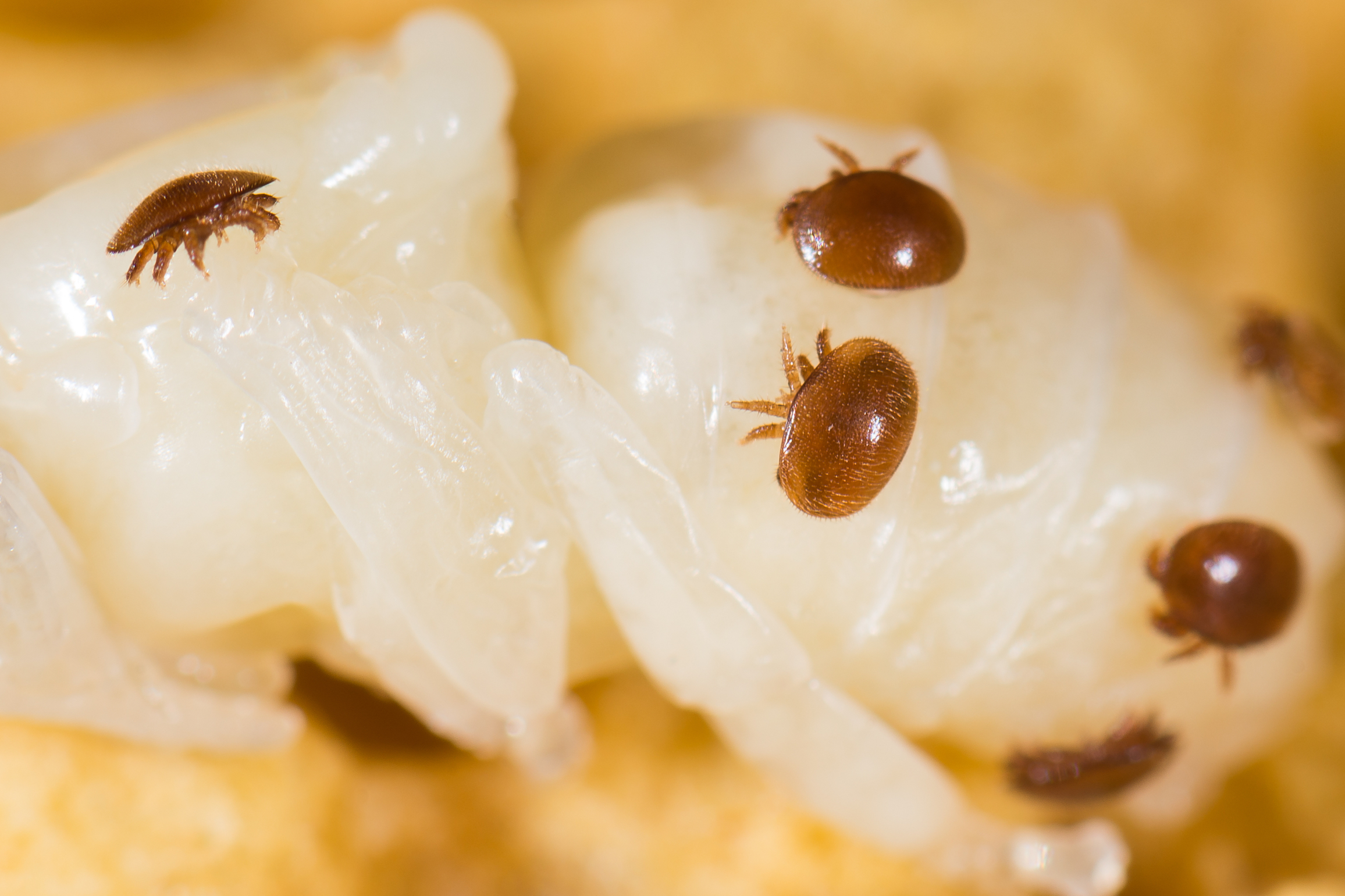 The numbers of commercial honey bees have been steadily declining for years. Varroa mites have contributed to this problem and have become a major pest for honey bee populations. An emerging study shows that these destructive mites are using the conditions of managed bee colonies to their advantage, and they are thriving.

A study was led by Gloria DeGrandi-Hoffman, Ph.D., who is a research leader and location coordinator at the U.S. Department of Agriculture-Agricultural Research Service’s Carl Hayden Bee Research Center in Tucson, Arizona. The results showed that Varroa mites are capable of infesting commercial bee populations to a devastating degree.

“Colony losses in the U.S. are at unsustainable levels for commercial beekeepers. These beekeepers supply colonies for the pollination of crops that represent one-third of U.S. agriculture and are essential components of heart healthy and cancer-prevention diets,” explained Dr. DeGrandi-Hoffman.

Populations of honey bees in the wild have a natural defense to mite infestations through a process called “swarming.” This happens when colonies become too large and bees split off to form new colonies. This practice thins out the mites and also slows the spread of infection. Unfortunately, swarming is prevented in commercial bee populations because the colonies are too close together.

Dr. DeGrandi-Hoffman led a team in a study of 120 honey bee colonies in one commercial bee operation over the course of 11 months. They compared populations treated with a mite insecticide called miticide. Some of the honey bee colonies had been treated with miticide in spring and fall, while others were only treated in the fall. More than half the colonies were lost – regardless of the amount of miticide treatment.

The Varroa mites spread rapidly from one managed bee population to the next. They cripple a group of bees with infection, which entices stronger bees to come and rob the weakened population. This presents an opportunity for the mites to hitch a ride to a new population and continue their destruction. The researchers believe this infestation strategy by Varroa mites explains why the miticide was ineffective.

“This research provides evidence that the tried and true ways of controlling Varroa are no longer feasible, and that new methods that are designed for control of a migratory pest are required,” said Dr. DeGrandi-Hoffman.

The study will be published in an article next week in the Entomological Society of America‘s Environmental Entomology.