Wildfire activity and global warming are transforming forests in Alaska • 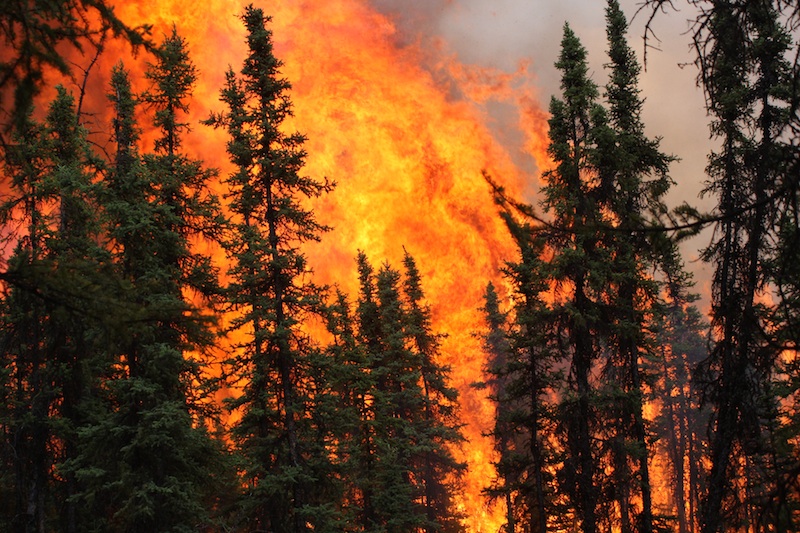 Wildfire activity and global warming are transforming forests in Alaska

Wildfire activity and global warming are transforming forests in Alaska. A team of researchers led by the Berkeley Lab has determined that the combination of climate change and increased wildfires could permanently change the composition of forests in Alaska. According to the study, the state’s evergreen conifer trees may be largely replaced by broadleaf deciduous trees, which shed their leaves seasonally.

Using a well-tested ecosystem model, the experts predicted that through the end of this century, the relative dominance of evergreen conifer trees will decline by 25 percent and plants such as moss and lichen will decline by 66 percent. At the same time, broadleaf deciduous trees will nearly double in abundance and become dominant.

“We predict the forest system will remain a net sink for carbon, meaning it will absorb more carbon than it emits,” said study co-author William J. Riley. “But will it be more or less of a sink? Our next study will quantify the carbon and surface energy budgets. This study focused more on how vegetation types are expected to change.”

Large shifts in vegetation and changes in forest cover type may alter the ecosystem and climate in various ways. For example, increased leaf shedding from deciduous broadleaf trees could result in more rapid microbial decomposition and increased transpiration, two processes that contribute to climate warming.

On the other hand, when more snow is exposed because of fewer evergreen trees, higher surface reflectance may have a cooling effect. Furthermore, deciduous trees are less flammable than evergreen trees. Wildfire activity and global warming are transforming forests in Alaska

The researchers found that both climate change and increased wildfires were required for broadleaf deciduous trees to become more dominant. When the team modeled an increase in fires, this shift was projected to occur around the year 2058. However, if warming continues without an increase in fire activity, or vice versa, evergreen conifers are expected to remain the dominant tree in Alaska through 2100.

The modeling technique used for this study could also be applied to other geographic areas to investigate how climate change and wildfire activity may affect vegetation. “Our modeling approach is applicable to other northern regions because the fundamental mechanisms that control these dynamics are similar everywhere,” said Mekonnen.