The complicated nature of wildfires • Earth.com 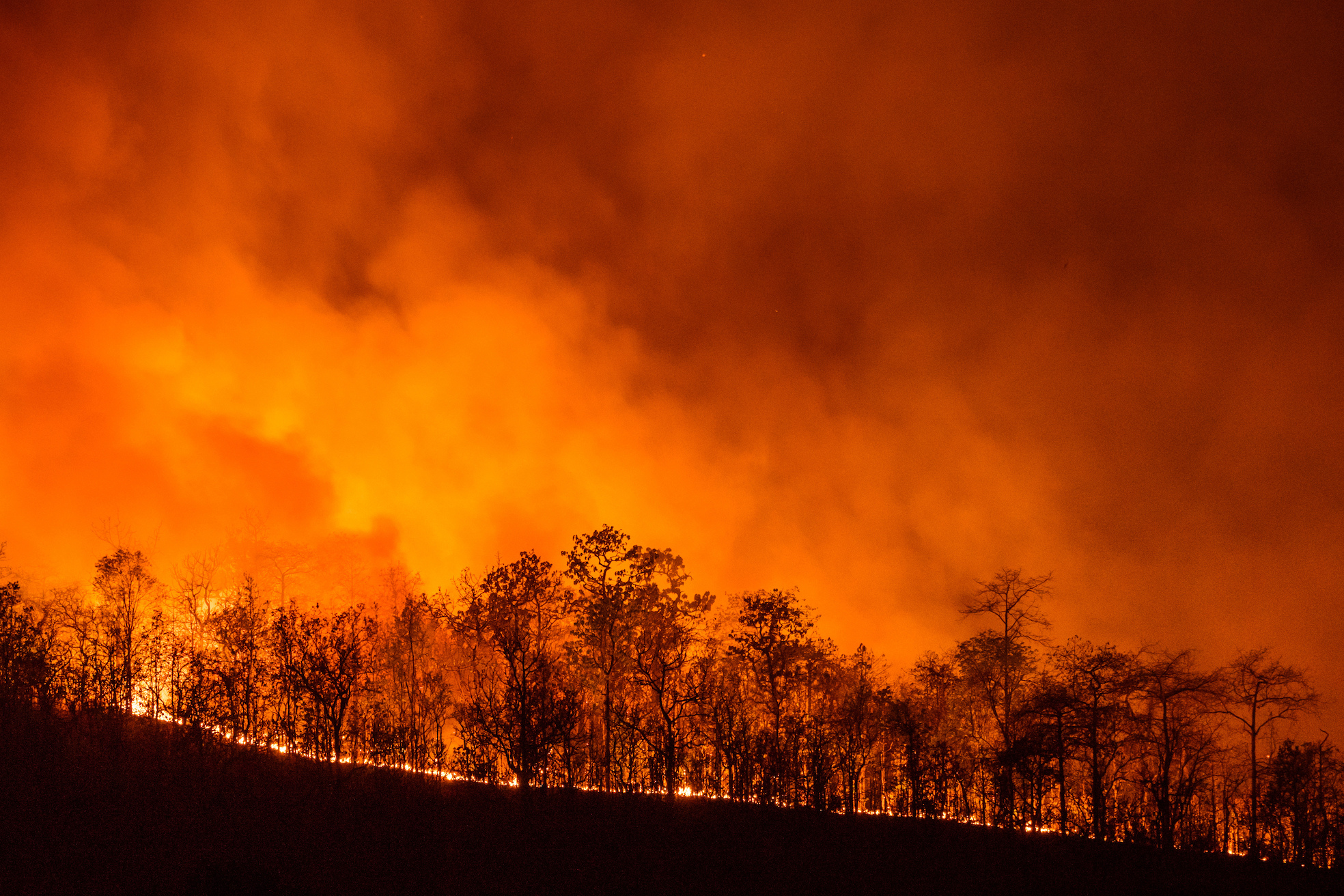 The complicated nature of wildfires

Earth.com presents a crash course in the causes, risks, damage, and importance of wildfires.

To Americans living predominantly in the West, summer has the dubious distinction of being wildfire season. When the climate is at its hottest and driest, millions of acres of forests become a literal tinderbox. And thanks to climate change, we’re seeing a greater number of days in which conditions are prime for wildfire destruction.

While lightning strikes start some fires, humans are the primary cause of about 80 percent of U.S. wildfires. The “trigger” can be smoldering campfires, carelessly tossed cigarette butts, sparks thrown from dragging mufflers, fireworks or even deliberate acts of arson.

However the flame is struck, fuel is abundant in the form of dry trees, grasses or other vegetation. A single flame can turn quickly to a conflagration that can consume millions of acres of land, building structures and even entire communities.

Wildfires are also a threat to human and animal survival. One reason they’re so potentially deadly is that they can spread quickly. Depending on the available fuel source and wind speed, a fire can move at the rate of up to 14 miles an hour. As Americans encroach more and more on previously undeveloped land in the West, the Southeast and elsewhere, human populations become more at risk when wildfires occur.

Sixteen people died when the Wallow Fire in 2011 burned for about six weeks and incinerated 538,000 acres of land in the Bear Wallow Wilderness area in Arizona and New Mexico.

Last year, wildfires in Tennessee killed seven, forced the evacuation of 14,000 people in and near Gatlinburg and Pigeon Forge and threatened the Dollywood theme park.

Historically, the most lethal fire on record occurred in Minnesota and Wisconsin in 1918. It killed some 1,000 people.

A rightful place in the ecosystem

As dangerous as they can be to firefighters and area residents and visitors, wildfires aren’t all bad. In fact, they’re a natural part of the ecosystem.

They clean out overly thick vegetation, kill harmful insects and microorganisms and add nutrients to the soil. Also, in destroying thick canopies, the fires allow sunlight to penetrate and encourage new growth.

The before and after photos of forest fire environments can offer dramatic proof of the natural cleansing effect of fire. Understandably, that’s of little consolation to homeowners caught in the grip of a raging and out-of-control wildfire.