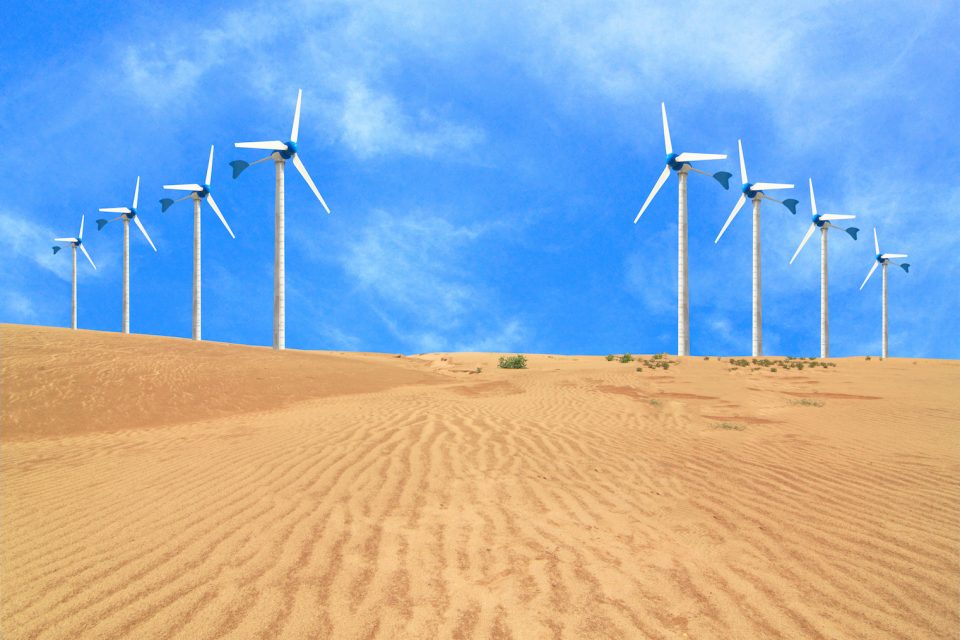 Wind, solar farms in the Sahara would increase rain, vegetation

Scientists have known for years that both wind and solar farms can have local effects on heat, humidity, and other factors that may be either beneficial or detrimental to a given region. For this reason, it’s important that researchers carefully study the effects this infrastructure would have on an area before it’s implemented. New research has now found that a massive wind and solar installation in the Sahara Desert and the nearby Sahel would result in increased local temperatures, precipitation, and vegetation. These effects could actually benefit this arid region.

The study was published in the journal Science, and is one of the first to model the climate effects of wind and solar installations while also determining how vegetation would respond to changes in heat and precipitation.

“Previous modeling studies have shown that large-scale wind and solar farms can produce significant climate change at continental scales,” says Yan Li, a postdoctoral researcher at the University of Illinois and lead author of the study. “But the lack of vegetation feedbacks could make the modeled climate impacts very different from their actual behavior.”

In the study, simulated wind and solar farms would stretch over 9 million square kilometers, and generate roughly 3 terawatts and 79 terawatts of electrical power on average, respectively. “In 2017, the global energy demand was only 18 terawatts, so this is obviously much more energy than is currently needed worldwide,” says Li.

Their models showed that the wind farms resulted in regional warming of near-surface air temperature, with more significant changes in minimum temperatures than maximum temperatures. “The greater nighttime warming takes place because wind turbines can enhance the vertical mixing and bring down warmer air from above,” the authors explain.

“This increase in precipitation, in turn, leads to an increase in vegetation cover, creating a positive feedback loop,” says Li.

The results also showed a similar positive effect on temperature and precipitation in areas with solar farms. “We found that the large-scale installation of solar and wind farms can bring more rainfall and promote vegetation growth in these regions,” says Eugenia Kalnay, a study co-author from the University of Maryland.

“The rainfall increase is a consequence of complex land-atmosphere interactions that occur because solar panels and wind turbines create rougher and darker land surfaces. The increase in rainfall and vegetation, combined with clean electricity as a result of solar and wind energy, could help agriculture, economic development and social well-being in the Sahara, Sahel, Middle East and other nearby regions.”

The authors of the study chose to study the Sahara and Sahel due to these regions being sparsely inhabited and highly sensitive to changes in landscape. Furthermore, the Sahara Desert is the largest in the world, and its proximity to Europe and the Middle East is intriguing, due to the growing energy demands of these regions.