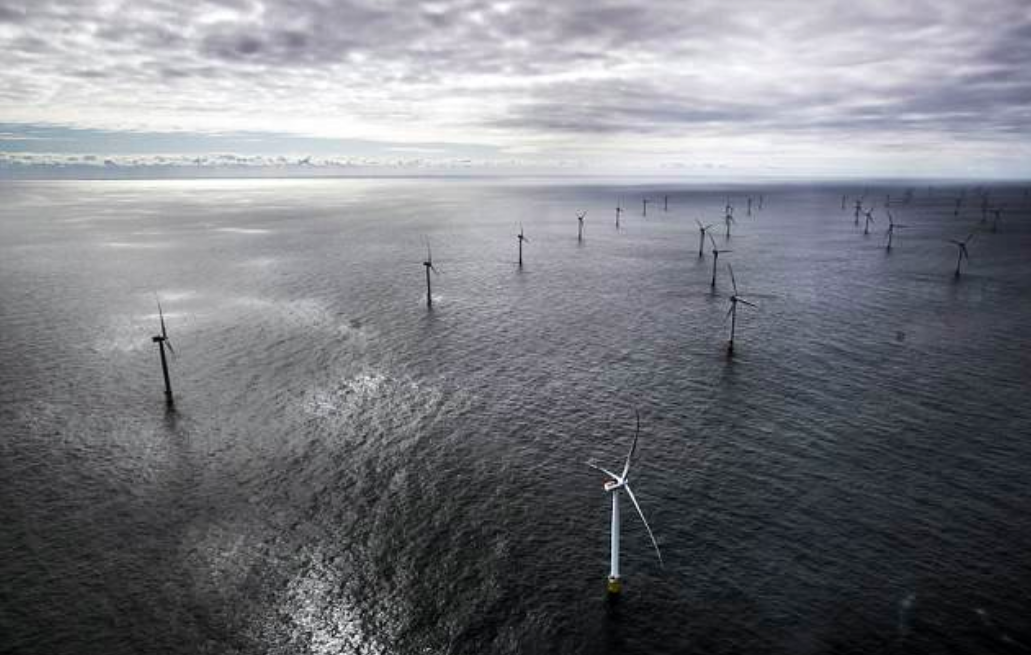 A massive wind farm is now operating off the coast of England that will generate enough power to fuel half a million homes. The Race Bank wind farm has the fifth-largest capacity in the world, featuring 91 turbines with 250-foot blades that can generate 573 megawatts of energy.

Stretched out across 50 square miles of the North Sea off of the UK’s eastern coast, the wind farm features a new “state-of-the-art” ship called a Service Operation Vessel (SOV). The SOV operates as a means of transport for crew members, but it is also a a warehouse, a workshop, and provides employees with a temporary home.

The Danish energy firm Orsted officially launched the project on Wednesday off the coast of Norfolk and Lincolnshire. The organization said that the vessel will be monitored around the clock by technicians – a staff of 250 that is expected to double over the next five years.

Lord Haskins of the Humber Local Enterprise Partnership (LEP) referred to the initiative as “great news” and said that he hopes it will improve the region’s economy.

Matthew Wright is the managing director at Orsted UK.

“Race Bank is a fantastic infrastructure project and underlines Orsted’s contribution to the UK’s energy transition,” said Wright. “It’s also another clear signal of our firm commitment to Grimsby and the Humber, and the UK supply chain for offshore wind.”

“Race Bank is a hugely significant and innovative project, featuring the first ever turbine blades to be made in Hull and becoming our first wind farm in the UK to be operated using a new Service Operation Vessel.”

Wright added that the project is a “positive step towards delivering the UK’s decarbonized energy system of the future.”