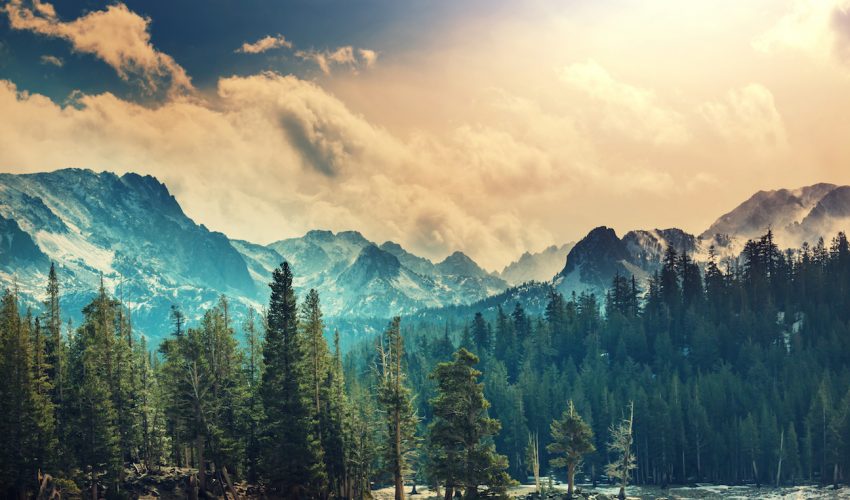 Dust may seem like just a messy nuisance, but it actually provides vital nutrients to trees in the southern Sierra Nevada Mountains, even more so than the bedrock beneath them.

As most kids are taught in school, trees and plants typically get their nutrients from the soil. Roots buried deep in the Earth absorb important nutrients and water, and photosynthesis provides energy for the plants to grow and thrive.

But a new study found that certain mountain-top trees, like those in the Sierra Nevada Mountains, depend on windborne dust for nutrients as well.

The study, conducted by researchers from the University of Wyoming (UW) and published in the journal Science Advances, reveals that the trees receive more than 50 percent of their nutrients from dust compared to nutrients provided in the bedrock.

Arvin and her colleagues then processed the samples, testing for nutrients from bedrock and dust.

This shows that dust is an essential component of mountain eco-systems no matter the nutrient supply in the bedrock below.

After the researchers examined nutrients in the Sierra Nevada, they expanded their research to examine the importance of windborne dust in other ecosystems around the world.

The UW research team used two datasets, a global database of erosion rates and a global model of dust inputs, to test the role of dust as a nutrient provider on a global scale.

“This combination of previous datasets allows us to see where dust is important in the world,” Riebe says. “One surprising finding is dust may be more important than previously thought in a lot of places, including the Appalachian Mountains and Western Europe.”

The results also shed light on the delicate balance that is Earth’s critical zone.

Earth’s critical zone supports all terrestrial life on Earth. It extends from the top of the tree canopy to the bedrock below. It’s a complex system of water, soil, rock, and vegetation that make up most of Earth’s ecosystems.

“This research shows that dust transported in the atmosphere around the world is an important source of nutrients for plants in all environments, even where its contribution isn’t obvious,” said Richard Yuretich, program director for the National Science Foundation’s Critical Zone Observatories Program, which funded the study. “Earth maintains its balance, often in surprising ways.”