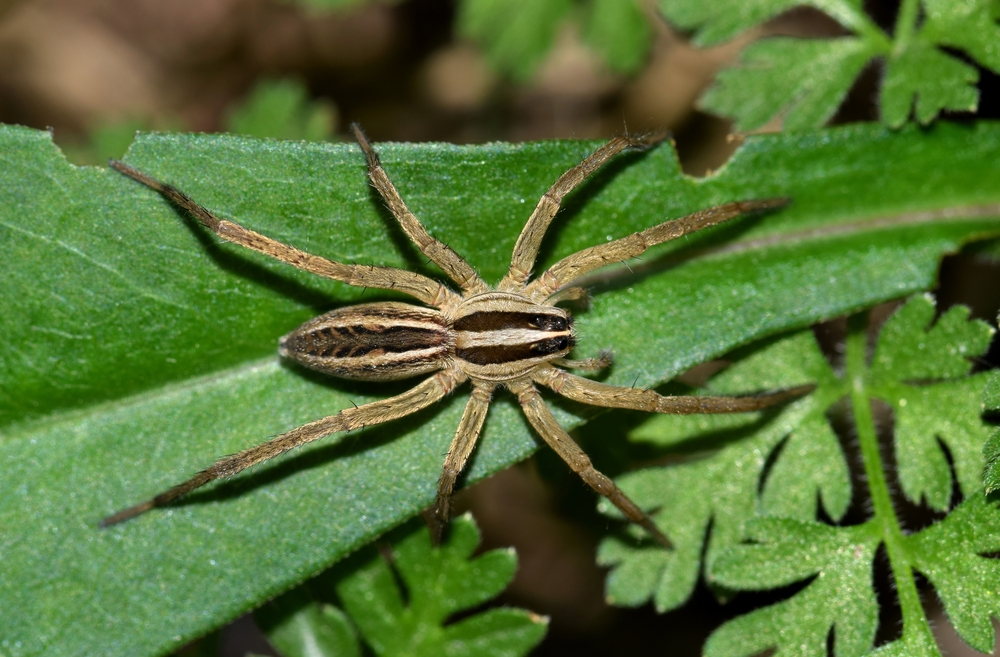 If spiders scare your socks off, it might be time to give up the color green. A new study has found that wolf spiders are drawn to that shade, and they may not be alone.

Uetz, a biologist at the University of Cincinnati, led the study of 1,200 wolf spiders, a species found all over the world. The team played footage of courting spiders for each of the participating arachnids, but manipulated the background color, contrast and intensity to test their vision.

They found that while the spiders have four eyes, in some ways their vision is limited. Humans have trichromatic vision, allowing us to differentiate the color green from red and blue shades, except in cases of color blindness. Wolf spiders have dichromatic vision, so are only light in green or ultraviolet shades.

And it turns out they really like the color green. To the wolf spiders, both prey and potential mates stand out well against green light, so they’re drawn to it.

“What we found is that for female spiders, intensity matters more than color, but for male eavesdroppers, color matters, too,” Uetz told the Mail.

Wolf spiders prefer to sit and wait for their prey to come to them. When they spot a tasty looking meal, they pounce to capture it. They may prefer to sit on surfaces like leaves so that their prey better stands out against the color green, making their hunting easier.

A study conducted earlier this year found that wolf spiders also have distinct personalities. They live alone, but can communicate through courtship dances and chemical signals.

The new research was presented at the American Arachnological Society in June.