Women are less likely to be resuscitated after cardiac arrest • Earth.com 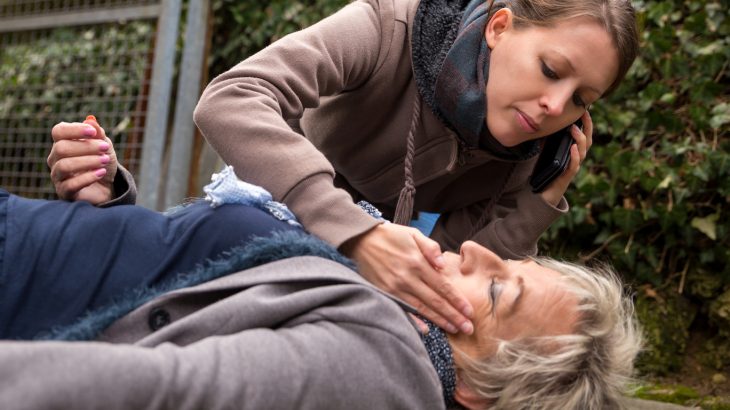 Women are less likely to be resuscitated after cardiac arrest

Women who suffer a cardiac arrest in their homes or outside of a hospital are less likely to be resuscitated successfully or receive care in time, according to a new study.

Researchers from the University of Amsterdam compared the treatment of men and women who suffered cardiac arrests in The Netherlands and found that it took longer for bystanders to call emergency services, attempt to resuscitate, and even recognize that a cardiac arrest had occurred in women compared to men.

The findings were published in the European Heart Journal.

When cardiac arrest occurs, the heart starts beating irregularly and fast (more than 300 beats per minute) which prevents blood flow. If caught in time, an electrocardiogram machine can detect the shockable initial rhythm before the heart stops pumping altogether, which leads to death.

A defibrillator can shock the heart back to a normal rhythm, but only if there is a detectable initial rhythm. If the heart stops pumping the only option is chest compressions.

Early detection and treatment are key, but the researchers found the majority of women who receive treatment for cardiac arrests have passed that initial shockable rhythm point, leading to more deaths among women.

“We found that the worse outcome in women is largely attributable to the fact that women had about half the chance of having a shockable initial rhythm compared to men,” said Dr. Hanno Tan, the leader of the research.

For the study, the researchers reviewed and analyzed data from cardiac arrests and resuscitation attempts by emergency services in one province in The Netherlands from 2006 through 2012.

5,717 of the reported cardiac arrests in that time occurred out-of-hospital and 28 percent involved female patients.

Bystanders were less likely to attempt to resuscitate a woman who had collapsed, and women had a lower chance of survival after admission to a hospital. Female patients were also less likely to have a detectable initial shock rhythm by the time help arrived or being admitted to the hospital.

The researchers found that women were half as likely to survive and be discharged from the hospital compared to men. Even correct diagnoses and treatment took longer for women compared to men.

“Even when we adjusted our results to take account of pre-existing diseases and factors relating to the way in which resuscitation was provided by professionals, for example how long it took for the ambulance to arrive or time to defibrillation after cardiac arrest, we still found that women were half as likely as men to have shockable initial rhythm,” said Dr Tan.

There are several reasons for why few women in the study had a shockable initial rhythm, and the researchers suggest that it could be that older women at risk of cardiac arrest are more likely to live alone or suffer an attack out of sight.

Women also have different symptoms compared to men, which can make identifying the problem for what it is right away challenging.

“People may be less aware that cardiac arrest can occur as often in women as in men, and the women themselves may not recognize the urgency of their symptoms,” said Dr. Tan. “Women may have symptoms of an impending heart attack that are less easy to interpret, such as fatigue, fainting, vomiting and neck or jaw pain, whereas men are more likely to report typical complaints such as chest pain.”

Raising awareness of these issues and differences is important and the researchers say it could be a life and death difference for a person suffering cardiac arrest outside of the hospital.

“Given the short window available to save the life of the patient, every minute in this early phase counts; help, if only a call to the emergency number by a lay person, is crucial,” said Dr. Tan. “So, raising awareness through public campaigns could make a big impact on women’s survival. The fact that in-hospital treatment also seems to be different is a finding that can be acted on now and may be easier to implement.”