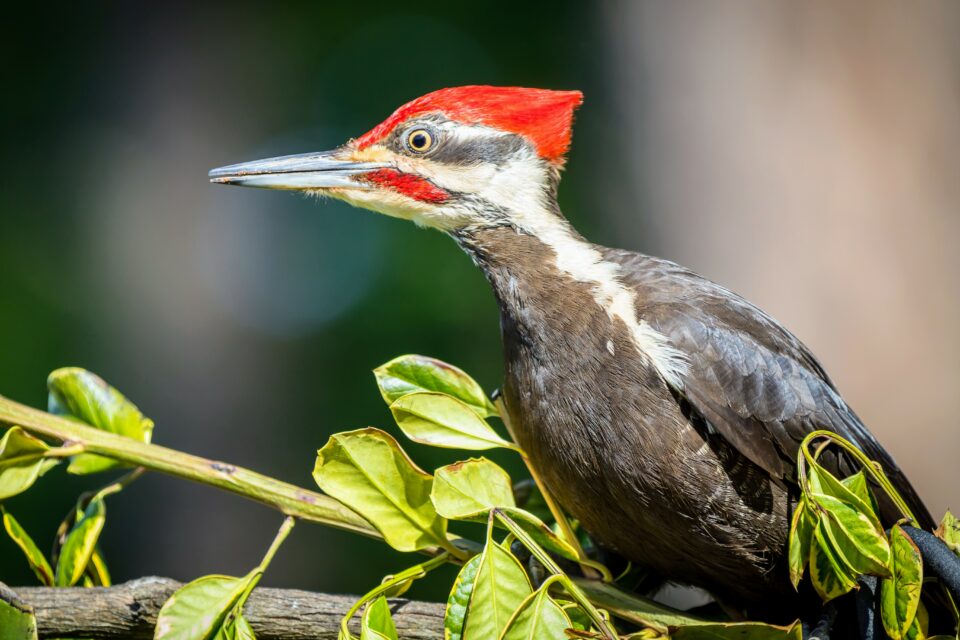 Woodpeckers learn to drum just as songbirds learn to sing

Studies of singing in birds have revealed that some birds are capable of vocal learning. This means they modify their own vocalizations in response to hearing the songs of other birds. Until recently, vocal learning had only been identified in three out of more than 40 orders of birds: the songbirds, parrots and hummingbirds. In each of these groups, the ability to update and modify song is supported by the existence of particular regions in the brain, each one with gene expression specializations.

Birds that are incapable of vocal learning have thus far been found to lack these specialized brain regions, or to have rudimentary regions without the necessary expression of the relevant genes. This means that their vocalizations are innate and do not get modified by the bird’s experiences of the songs or sounds around it.

In a new study published in the open access journal PLoS Biology, scientists from the U.S. and Denmark analyzed the brains of seven species of birds representing lineages that are assumed to be incapable of vocal learning – these comprised a hawk, turaco, flamingo, penguin, emu, duck and woodpecker. Apart from looking for the specialized brain regions typical of vocal learners’ brains, the scientists also looked for the gene parvalbumin (PV), which codes for a small, stable protein and which shows up-regulation (increased activity) in the forebrain song regions of all avian vocal learners identified to date.

Scientists study songbirds because human language and birdsong have many similarities. Both are learned when young, require complex muscle coordination, and are controlled by specialized regions of the brain. Both humans and songbirds express the marker gene PV in these regions while it has never been found in the forebrains of their closest non-learning vocal relatives.

The researchers, led by Matthew Fuxjager at Brown University and Eric Schuppe at Wake Forest University, did not expect to find any evidence of specialized brain regions for vocal learning in the seven selected species in this study. Although the sample size was only one individual for each of the species, the results showed no forebrain regions with elevated levels of PV expression – except for the woodpecker, that is.

In response to this unexpected finding, the researchers extended their sample to include several more species of woodpeckers and found they all had specialized regions of the brain that make the protein parvalbumin. In addition, these areas were similar in number and location to several of the forebrain nuclei that control song learning and production in songbirds. But when they followed this up with field tests on woodpeckers, the researchers found that activity in these brain areas was not stimulated by vocalization behavior but by the characteristic, rapid drumming of the woodpecker’s beak on a tree trunk.

Woodpeckers use drumming as a form of communication, just as songbirds use song. Drumming is performed to generate specific patterns of sounds that can indicate territorial claims and it is different from the use of the beak for feeding or excavating a nest hole. Drum patterns encode information about species identity, and even about the individual making the sounds. Woodpeckers can apparently recognize the drumming of a neighbor as compared to that of a newcomer in the area.

Just like birdsong, drumming is a form of acoustic communication. It requires rapid and complex motor movements, and must be adaptable when birds compete with each other. The findings of this study indicate that the specialized brain areas usually associated with vocal learning in some avian groups are used in woodpeckers to produce and control their elaborate drumming behavior.

One of the implications of this finding is that woodpeckers might actually acquire components of their drumming repertoire through learning. Although scientists have not yet established that drumming is a learned behavior, this new evidence from the brain predicts that it is. Finding this system for non-vocal communication that is both neurologically and functionally similar to the song system can help us understand how existing brain systems evolve and become co-opted for new, but similar functions.

“Woodpeckers have a set of specialized brain areas that control their ability to drum, or rapidly hammer their bill on trees (and gutters!), during fights with other birds,” said Fuxjager. “Furthermore, these brain areas look remarkably similar to the parts of the brain in songbirds that help these animals learn to sing.”