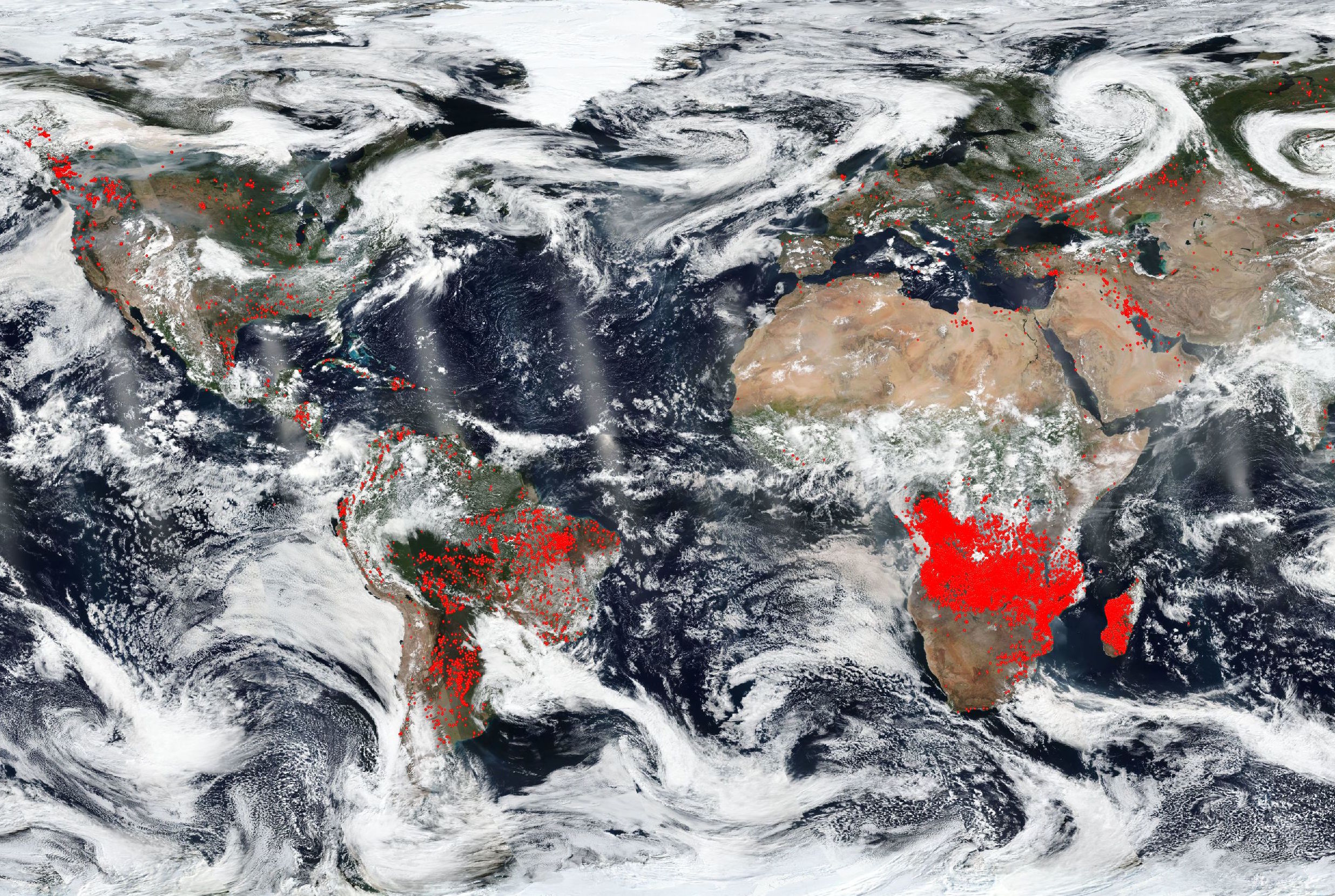 This summer, wildfires have been plaguing the western United States, and California’s Mendocino Complex Fire broke records as the state’s largest wildfire in history.

Wildfires across the world seem to be getting more severe, spreading further and putting more people at risk.

Now, a new image from the NASA Worldview shows the Earth covered in concentrated patches of red dots which represent the actively burning fires right now.

The image shows just how widespread fires are across the globe due to the warm and dry weather conditions brought on by climate change.

NASA’s Earth Observing System Data and Information System (EOSDIS) Worldview was able to create the image of the fires by sifting through 700 satellite images and overlaying the images on top of each other to create an accurate picture of how the earth looks in real time.

This recent image shows that Africa and Chile along with other parts of South America have the most concentrated areas of fires. In Africa, the fires are most likely agricultural fires purposely set to help clear land and burn unwanted plants.

As important as clearing fires are in Africa, they cause an increase in pollution and degrade air quality.

In South America, Chile has been dealing widespread wildfires, only made worse by the dry and hot weather that the country has been experiencing as of late.

“Besides low humidity, high winds and extreme temperatures–some of the same factors contributing to fires raging across the United States–central Chile is experiencing a mega-drought and large portions of its diverse native forests have been converted to more flammable tree plantations,” researchers from Montana State University recently wrote in a new study.

In another part of South America, both wildfires and man-made fires are currently burning through Brazil.

Like in Africa, deliberate fires can help clear land for agricultural or grazing use in Brazil, but these fires can get out of hand and spread further than their controlled limits.

Australia is another country where fires are quickly getting out of hand exacerbated by climate conditions. Bushfires in the remote regions of the country spread fast and an increase in temperatures is drawing out Australia’s fire season.

As seen in some parts of the United States, urban sprawl into more remote brush territory puts more people at risk when these wildfires burn through the area.

An increase in temperature and drought can be linked to many of the world’s wildfires and as the effects of climate change get more severe, so too will wildfire events across the world.