Wildfires are burning across nearly two million acres in the US • Earth.com 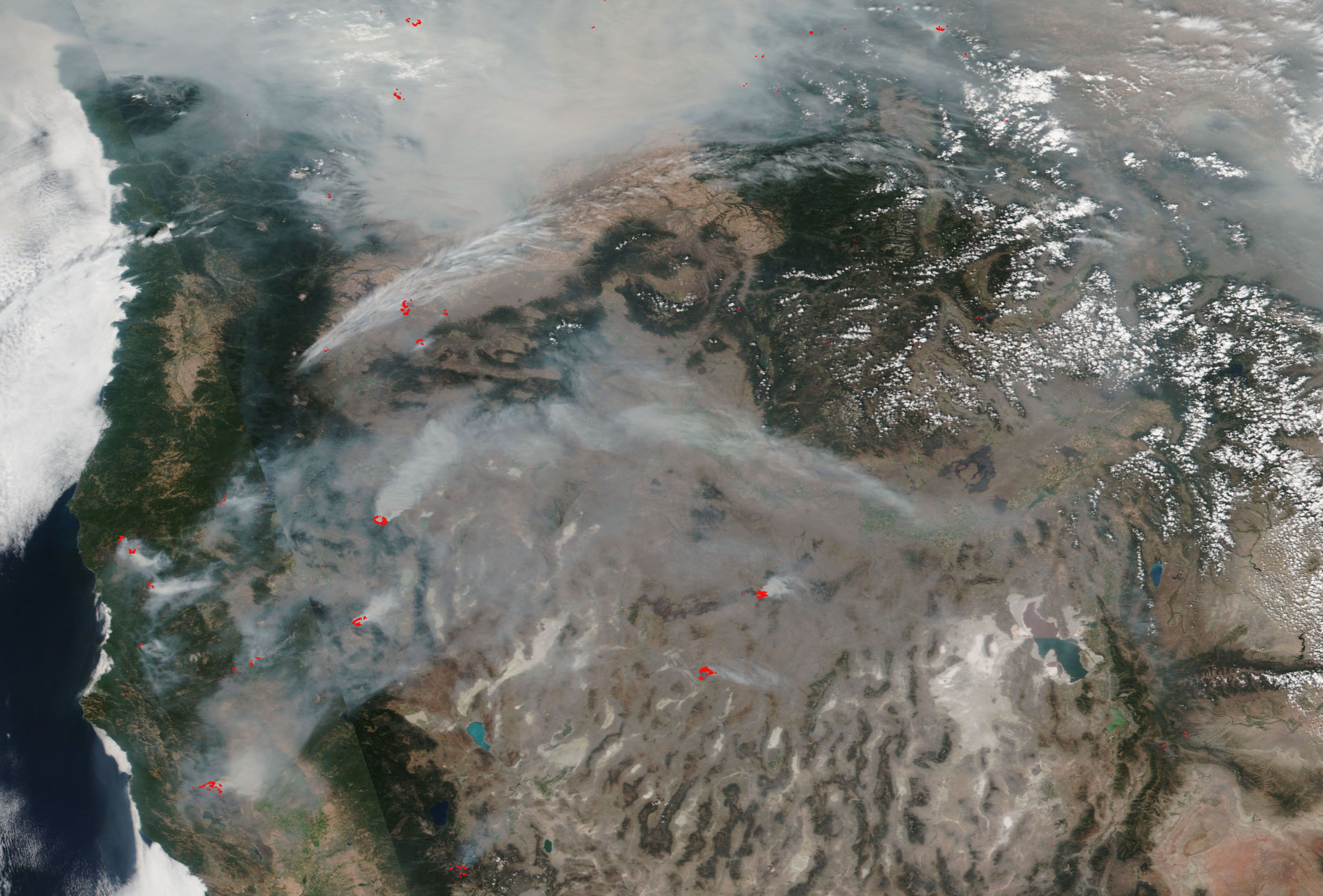 Wildfires are burning across nearly two million acres in the US

This year’s wildfire season has been catastrophic in the Western United States, and it is not showing any signs of slowing down. Currently, there are 110 large fires burning and 1.9 million acres of land are on fire. Over the weekend, eight large fires were contained, including the Ferguson Fire near Yosemite National Park, and six new fires were reported in Idaho, Nevada, and Oregon.

There is concern over persistently hot temperatures, which will continue along with daily wind cycles. Thunderstorms are in the forecast in parts of Wyoming and Montana, where lightning could spark more blazes with the increasingly dry conditions. Across the western half of Montana, a strong easterly breeze is expected that may help spread fires.

National Preparedness Level is at the highest level of 5, which means that national resources are fully committed. The “potential for emerging significant wildland fires is high and expected to remain high” in multiple regions.

The west to east jet stream has carried smoke from the fires across the country as far as the East Coast. The smoke has traveled south as far as Texas and east as far as Quebec. A local radio station near Washington DC, WTOP, reported that smoke from the California fires had reached the DC Metro area this past week.

Wildfire smoke is a mixture of particles and chemicals produced by incomplete burning of carbon-containing materials, and can be dangerous to human health. All smoke contains carbon monoxide, carbon dioxide, and particulate matter. The particles and chemicals contained in smoke vary according to what is burning, and may include aldehydes, acid gases, sulfur dioxide, nitrogen oxides, polycyclic aromatic hydrocarbons (PAHs), benzene, toluene, styrene, metals, or dioxins.

High levels of smoke should be completely avoided whenever possible. Infants, young children, the elderly, and people with respiratory conditions such as asthma are more vulnerable to the negative effects of smoke exposure. If exposure cannot be avoided, it is advised to limit physical exertion.

A map that shows where the smoke is currently and where it is predicted to move can be found here: https://rapidrefresh.noaa.gov/hrrr/HRRRsmoke/.