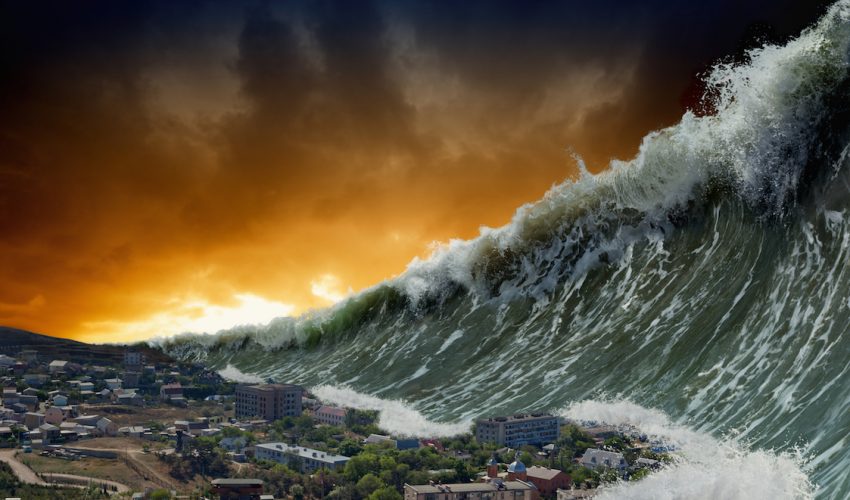 In one of the deadliest natural disasters ever recorded, the 2004 tsunami in the Indian Ocean killed more than 230,000 people – more than any fire or hurricane in history. Tsunamis are caused by earthquakes, underwater landslides, and volcanic eruptions, and can occur at almost anytime or place near the ocean without much warning.

It now appears that scientists have discovered the earliest record of a person killed by a tsunami, after they found a skull buried in geological sediments carrying the distinctive signs of ancient tsunami activity. The individual is believed to have lived in what is now Papua New Guinea roughly 6,000 years ago.

“If we are right about how this person had died thousands of years ago, we have dramatic proof that living by the sea isn’t always a life of beautiful golden sunsets and great surfing conditions,” says John Terrell, one of the study’s authors and Regenstein Curator of Pacific Anthropology at The Field Museum. “Maybe this individual can help us as scientists to convince skeptics today that all of us on earth must take climate change and rising sea levels seriously as the threats they truly are.”

In their paper published in PLOS ONE, the researchers reveal that the skull was actually found in 1929, buried in the ground in the northern region of Papua New Guinea. Initially, scientists weren’t exactly sure what to make of its presence.

“The skull has always been of great archaeological interest because it is one of the few early skeletal remains from the area,” says Mark Golitko of the University of Notre Dame and The Field Museum. “It was originally thought that the skull belonged to Homo erectus until the deposits were more reliably radiocarbon dated to about 5,000 to 6,000 years. Back then, sea levels were higher and the area would have been just behind the shoreline.”

In 2014, the researchers returned to the exact location where the skull had been found in order to look for new clues as to what had led to that individual’s demise. In their analysis, they found geological similarities between sediments laid down after the 1998 tsunami that hit the same coastline and the sediments in the area that the skull was discovered. This led them to believe that the person in question was either killed by the tsunami, or possibly had their grave exposed in the chaos of the natural disaster.

The researchers point out that this is just further evidence that tsunamis can happen at almost any time or place – as long as your near the coast, of course. Maybe this individual’s 6,000-year-old murder mystery could lead to us taking natural disasters like tsunamis more seriously as we move forward into the future.