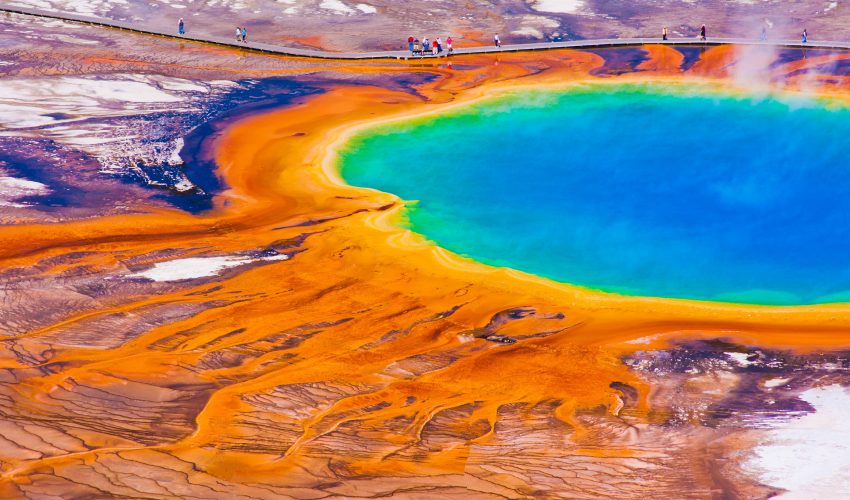 The last time the Yellowstone supervolcano erupted was 63,000 years ago and it impacted the entire global climate.

Now, a new study has found that instead of one eruption changing the course of history, it was actually two closely spaced super-eruptions that briefly halted a global warming trend and caused a cooling effect on Earth.

Geologists from the University of California, Santa Barbara analyzed sediments in the Santa Barbara Basin off the coast of Southern California and discovered layers of tephra or volcanic ash in the sediment.

The researchers found that within the layers of sediment there were indications of two eruptions taking place 170 years apart.

“We discovered here that there are two ash-forming super-eruptions 170 years apart and each cooled the ocean by about 3 degrees Celsius,” said Jim Kennett, a geologist who worked on the project and who presented the study’s findings at the annual meeting of the Geological Society of America.

The researchers were able to estimate the effect of the eruptions on climate due to two things. First, the layers of sediment themselves, which can be used to measure time spanning back millions of years.

The Santa Barbara Basin collects about one millimeter of sediment per year, so core samples measured in millimeters can trace back the geological record of the basin thousands of years.

Another element was the presence of foraminifera in the sediment samples. Foraminifera are tiny marine creatures whose shells contain oxygen and can be used to estimate temperatures at the time the shell was formed.

These two conditions, along with the fact that the core samples remained uncontaminated by marine animals who might have burrowed into the sediment disrupting the geological record, led the researchers to discover that two eruptions occurred and altered the Earth’s climate.

Both of the eruptions caused separate volcanic winters, according to the researchers. Volcanic winters occur when ash and sulfur dioxide in the atmosphere block sunlight from reaching the Earth’s surface which has a cooling effect.

In this case, the two eruptions caused cooling periods that lasted longer than is typical, and the researchers have some theories as to what could have caused that. One possibility is a change in ocean circulation at the time the eruptions occurred.

“It was a fickle, but fortunate time. If these eruptions had happened during another climate state we may not have detected the climatic consequences because the cooling episodes would not have lasted so long,” said Kennett.