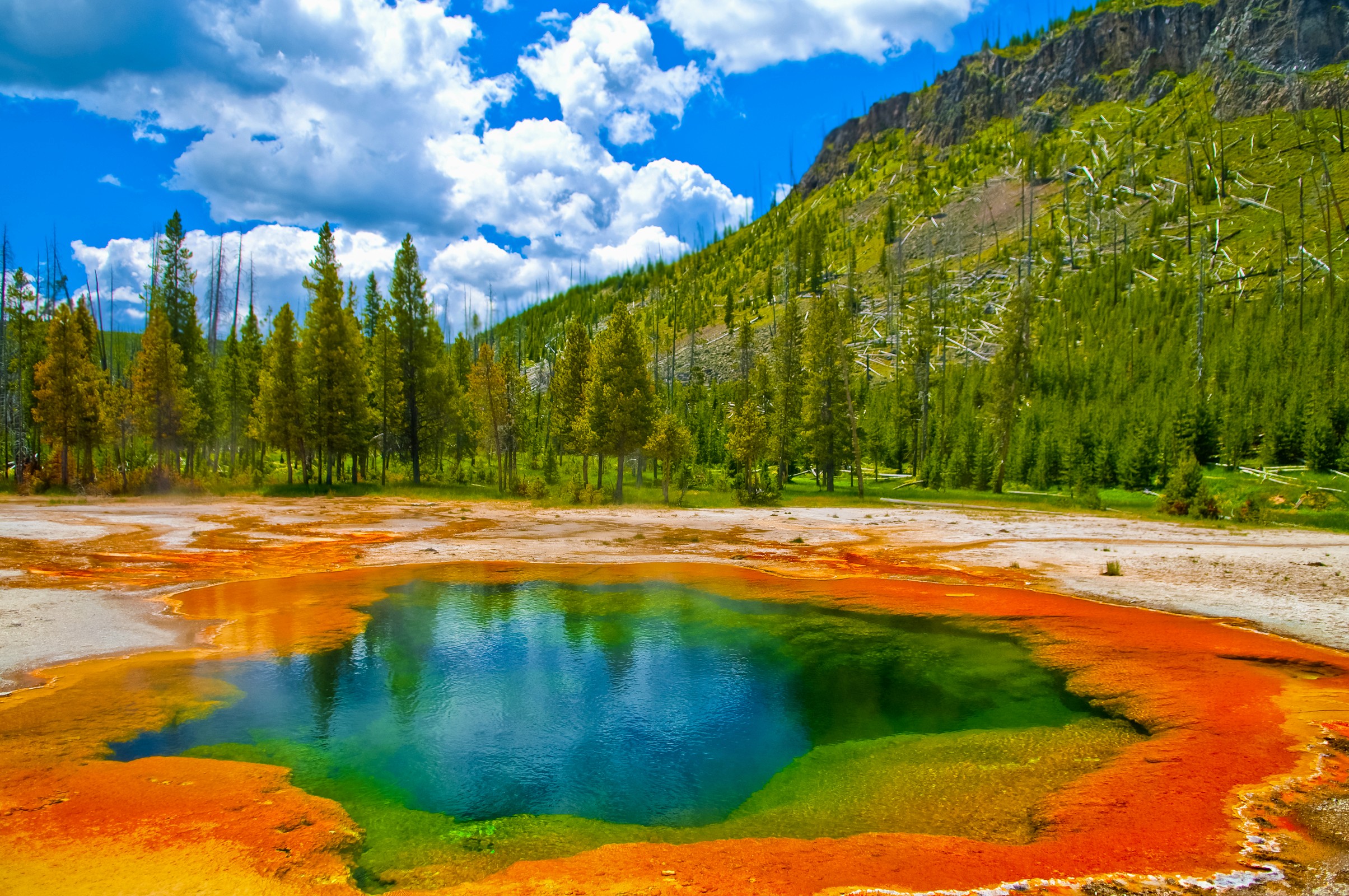 According to a new study published in the journal Science, one of the magma reservoirs beneath the huge crater Yellowstone Caldera holds more liquid molten rock than previously thought. Fortunately, the experts claimed that this volcano is still unlikely to erupt in the near future.

The Yellowstone supervolcano, located in northwestern Wyoming in the Yellowstone National Park, is one of the world’s largest volcanoes. It erupted several times over the past 2.1 million years, including three massive eruptions that shattered everything around. The Yellowstone Caldera, a crater spanning 30 by 45 miles wide, formed during one of these eruptions, approximately 631,000 years ago, and is now home to two large reservoirs full of magma underneath – one of them about three to ten miles beneath the surface, and another 12 to 30 miles below ground.

Magma consists of crystals and rocks at various stages of solidity, and the more melted the magma is, the more likely is for a volcano to erupt. Based on previous research, scientists estimated that Caldera’s shallower reservoir was mostly solid, with just five to 15 percent melted rock. However, by using powerful supercomputers to re-analyze seismic data from the past two decades, the researchers now believe that proportion to be in fact between 16 and 20 percent. Fortunately, this is still well below the threshold of liquid magma (about 35 to 50 percent) that experts think it may trigger an eruption.

Although these findings suggest that the supervolcano is unlikely to erupt in the near future, the scientists warn that, if it does, it could blanket the United States in a “nuclear winter,” and may kill as many as 90,000 people almost instantly, while releasing a ten-foot-tall layer of molten ash 1,000 miles from the park.

As an in-depth report by HowStuffWorks argued, “the ash would block off all points of entry from the ground, and the spread of ash and gases into the atmosphere would stop most air travel, just as it did when a much smaller volcano erupted in Iceland in 2010. Sulphuric gases released from the volcano would spring into the atmosphere and mix with the planet’s water vapor. The haze of gas that could drape the country wouldn’t just dim the sunlight — it also would cool temperatures,” the experts concluded.