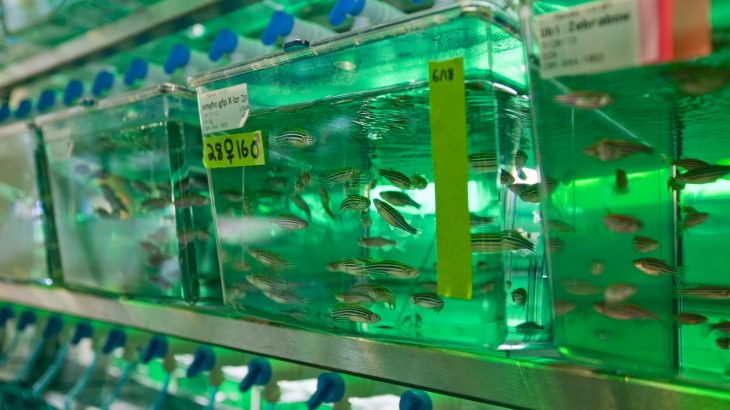 The gene-editing technique CRISPR/Cas9 has taken the scientific world by storm in recent years, generating buzz about the potential to use gene-editing in preventing birth defects and disease before they ever happen. Diseases such as cancer, heart conditions, and dementia are a result of mutations in our genes, and CRISPR/Cas9 may one day be advanced enough to eradicate the root cause of these conditions.

While all of this sounds exciting and promising, it’s going to take years of work before the full potential of the CRISPR/Cas9 technique can be utilized in humans. Much of this work will require the use of genetic models in the lab, which are a key component of scientists’ research. To develop animal models of disease, the genes of the animals must be manipulated to replicate the genetic defect that is the basis of the disease. Ironically, the CRISPR/Cas9 gene-editing technique will be an enormous asset in this development, and is currently revolutionizing disease model development.

The CRISPR/Cas9 technique is derived from the bacterial immune response, which is a process by which a short sequence from the DNA of an invader – such as a virus – is stored in the bacterial genome. If the bacterium is infected a second time by the same virus, the stored DNA sequence helps guide a protein (Cas9) to the matching region in the viral genome. Cas9 then causes DNA breaks that lead to annihilation of the invading virus.

Researchers discovered that they could use the CRISPR/Cas9 system to deliver Cas9 into cells along with a guide molecule in order to direct to the exact site that they want DNA to be cut. When combined with a single-stranded template for DNA repair after the cut, this system has allowed researchers to introduce specific point mutations to replicate the mutations that cause certain diseases in humans.

Despite these advances, the process is still complex and imperfect. Instituting a blanket “knockout” of a gene with this technique is relatively straightforward, but introducing specific point mutations in a “knock-in” model still causes issues. Now, three articles published in Disease Models & Mechanisms report on the potential for using CRISPR/Cas9 to create knock-in zebrafish models of human disease.

“There are almost no limitations on what we can design in zebrafish or other systems to generate models of human genetic disorders,” says Dr. Lisa Maves, the lead author of an article from Seattle Children’s Research Institute and the University of Washington. “CRISPR/Cas9 has really for the first time made it feasible to test the effects of human disease-associated genetic variants in animal models.”

Her research team worked on using CRISPR/Cas9 zebrafish models to test whether variants in gene sequences identified in patients with congenital heart defects contribute to the development of the disease.

Meanwhile, Dr. Andy Willaert and his team at Ghent University have been investigating how point mutations in zebrafish with CRISPR/Cas9 and single-stranded repair templates can introduce errors into the zebrafish genome.

“Zebrafish and CRISPR/Cas9 form the ideal duo for massive and swift disease model generation,” says Willaert. “However, genome editing using a single-stranded repair template often occurs erroneously and commonly used analysis techniques do not always detect such erroneous repair. This can lead to a model with a gene disruption instead of knock-in and a possible misinterpretation of the experimental results obtained. As these models might be eventually used in therapeutic applications, we want to stress the possible occurrence of erroneous repair.”

The final article is from the Netherlands, where a team led by Dr. Jeroen Bakkers from the Hubrecht Institute and Dr. Gijs van Haaften from the University Medical Center Utrecht investigated the potential of CRISPR/Cas9 technology in developing patient-specific alleles for modelling human disease. They did so by generating knock-in zebrafish models of four human cardiovascular disorders caused by point mutations. “The ability to introduce point mutations exactly replicating the situation in human patients is paramount for proper understanding of disease and for successful development of therapeutic strategies,” explains first author Dr. Federico Tessadori.

Ultimately, all of these articles focused on the massive potential of creating precise knock-in zebrafish models of human diseases caused by point mutations. Many hope to continue improving the CRISPR/Cas9 techniques for developing error-free models and opening new opportunities for chemical screens and drug development.