Today’s Video of the Day from the National Science Foundation describes a recent study on Adélie penguins led by scientists at Louisiana State University (LSU).

The researchers took a journey to the world’s largest Adélie penguin colony, which is located in a remote region on the eastern side of the Antarctic Peninsula known as the Danger Islands.

The team discovered that the penguins have been breeding here for at least 3,000 years, and that they have not suffered the population declines that have been observed on the western side of the Antarctic Peninsula. 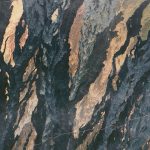