Algal bloom off the coast of Japan • Earth.com

Algae blooms occur when there is a rapid increase in phytoplankton, which are microscopic marine plants that float in the upper part of the ocean.

Phytoplankton serve as the base of the aquatic food chain. Carbon dioxide, sunlight, and nutrient availability influence the growth of phytoplankton.

The image captures high concentrations of phytoplankton off Hokkaido Island, the second largest island of Japan. The particular algal bloom measured more than 500 kilometers across and 200 kilometers wide. This certain algal bloom measured more than 500 km across and 200 km wide, with the area of the plant just a small portion of the bloom, around 100 km from north to south and around 110 km.

In this part of the Pacific Ocean, the colder Oyashio Current converges with the warmer Kuroshio Current. When these currents collide, the difference in water temperature and density create eddies, or swirls of water, that are highlighted by the algal bloom. Algal bloom commonly refers to rapid growth of microscopic unicellular algae, not macroscopic algae. Also the example of a macroscopic algal bloom is a kelp forest. Grows rapidly in the aquatic world. The early stages of the blue-green algal blooms usually develop during the spring when water temperature is higher and there is a large light amount. The growth is sustained during the warmer months of the year. 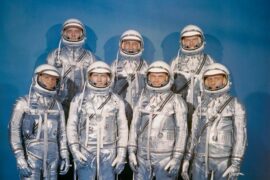