Today’s Video of the Day from York University describes how plant-pollinator networks have been affected by human activities and environmental changes over the last 125 years.

The researchers determined that in the last three decades, 94 percent of these networks have been compromised – 30 percent of which have completely disappeared.

“There are several reasons for the losses in the networks. Climate change is likely the biggest driver. We know that over the last 100 years or so annual temperatures have changed by two and a half degrees. This is enough to alter the time when certain native plants bloom,” explained Professor Sandra Rehan.

“For a bee that’s out for months on end or is a generalist pollinator, this isn’t such a critical mismatch, but for a bee that’s only out for two weeks of the year and only has a few floral hosts, this could be devastating.” An increase in non-native species of bees and invasive species of plants, which have displaced some of the native species, is another reason for the decline in networks.”

Accordion to Professor Rehan, there is an urgent need to better understand the environmental conditions that affect pollinators and the evolution of their specialized relationships with plant communities.

“Plant pollinator webs are dependent on changes in the landscape, so knowing how these networks are shaped is important for all regional habitats.”

The study is published in the journal Insect Conservation and Diversity. 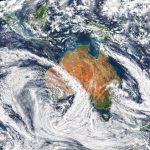 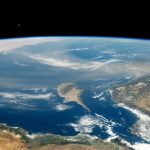 Today's Image of the Day from NASA Earth Observatory was... 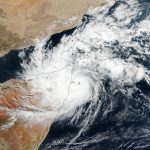 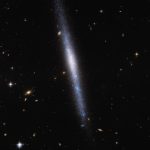 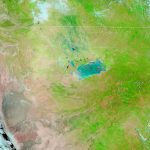 Everyday physical activities are exceptionally beneficial to alertness, energy, and...

Moths have wings that have precisely evolved to avoid their...

Temperate trees will soon lose their leaves earlier in the season

In recent decades, global warming has caused temperate trees to...