Today’s Video of the Day features the Erta Ale volcano, a continuously active shield volcano located in northeastern Ethiopia near the Eritrean border.

Erta Ale, which means “smoking mountain” in the Afar language, measures over 2,000 ft high and is perhaps most famous for its large lava lake. Volcanic lava lakes are very rare, but this one has existed since the early 1900s.

The phenomenon is caused by three tectonic plates in the African Afar Depression that are tearing apart. As the plates spread apart, a number of volcanoes have developed, of which Erta Ale is the most active.

But now, according to new images from NASA and posts by Volcano Discovery, new fissures have opened up along the sides of the volcano that are now spilling out large amounts of lava. At the same time, the lava lake levels have undergone significant changes, leading to overflows and violent spattering.

The images are a composite of natural color and shortwave infrared. Shortwave infrared light (SWIR) is undetectable to the human eye, but stronger SWIR levels typically reflect increased temperatures.

The last major eruption of Erta Ale took place in September 2005, killing a herd of livestock and forcing residents to evacuate. Then, in August 2007, lava flow leakage caused further evacuations. The most recent eruption occurred in November 2008. 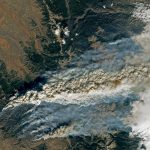 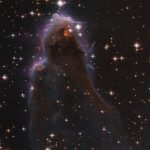 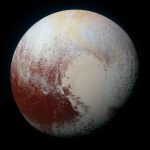 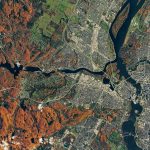 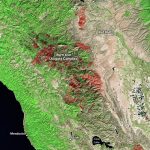