While carbon gas emissions continue to be a primary focus in attempts to curb the effects of climate change, 90% of the Earth’s carbon actually exists deep underground. But now, new research suggests that there may be a whole lot more carbon in Earth’s mantle than had been previously predicted. A team of scientists have discovered a giant molten carbon lake 217 miles under the western United States.

Researchers from the University of London originally set out to get a more accurate understanding how much carbon exists under the Earth’s surface. But after they mapped out a 1.8 square kilometer area of melting carbon, they found their initial predictions had completely underestimated the actual amount. The massive molten carbon lake has raised new concerns about the future effects of global warming. Their findings were published in the journal Earth and Planetary Science Letters.

Because it would be impossible to physically drill down that far to see Earth’s mantle, the team relied on vibrations using seismic sensors. When carbon melts in the upper mantle, it emits specific vibration patterns that the sensors can pick up.

After analyzing the data, the researchers found that there could be 100 trillion metric tons of melted carbon in the Earth’s mantle that could eventually travel up to the surface.

“100 Trillion metric tons is indeed a lot of carbon,” Dr. Sash Hier-Majumder told Business Insider. “This massive reservoir shows how important the role of the deep Earth in the global carbon cycle is. We can think of this reservoir as a long term carbon storage, as we estimate the carbon in this reservoir can stay in the mantle for up to a billion years.”

“While there is no imminent possibility of this carbon making it to the surface, it shows that in absence of such a deep Earth reservoir this carbon would have to be accommodated in the surface, potentially leading to massive global warming.” 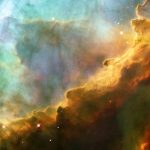 Today's Image of the Day from NASA features a central... 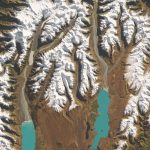 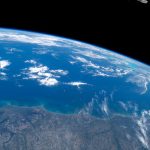 Today's Image of the Day from NASA shows the eastern... 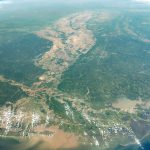