Orangutan kiss squeaks shed light on the evolution of language

Just in the way we inherit various traits from our parents, humans have inherited all sorts of things from our closest living relatives: chimpanzees. From DNA to brain size to eye structure, the more we learn about chimps and what we have in common, the more we can ascertain about our own evolution. Now, a team of researchers have discovered that studying the kiss squeaks of orangutans has shed light on the evolution of human language.

“Human language is extraordinarily advanced and complex – we can pretty much transmit any information we want into sound,” said Dr. Reis e Lameira. “So we tend to think that maybe words evolved from some rudimentary precursor to transmit more complex messages. We were basically using the orangutan vocal behaviour as a time machine – back to a time when our ancestors were using what would become [those precursors] of consonants and vowels.”

Like consonants in human language, kiss squeaks depend on the action of lips, jaw, and tongue rather than the voice.

According to Professor Serge Wich of Liverpool John Moores University, the study of consonants in the evolution of language has been tricky but crucial, as he considers them to be the “building blocks” of language.

“Most human languages have a lot more consonants than vowels,” said Prof Wich. “And if we have more building blocks, we have more combinations.”

The team of researchers found that different pieces of information were embedded in the orangutan kiss squeaks. Just in the way that humans use multiple words with the same meaning, the orangutans would double check to make sure their message was received by using different kiss squeak combinations.

The team concluded that it was the orangutan’s use of redundancy, rather than complex words, that drove the early evolution of language.

Their findings were published in the journal Nature Human Behavior. 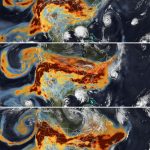 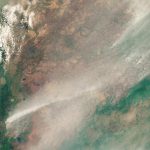 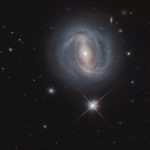 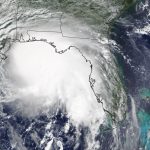