The Matterhorn sways back and forth every couple seconds • Earth.com

The Matterhorn sways back and forth every couple seconds

The Matterhorn sways back and forth every couple seconds Today’s Video of the Day from the National Science Foundation features the Matterhorn, a famous landmark in Switzerland that is one of the most distinctive mountains in the world.

An international research team, including experts from the University of Utah, has discovered that the Matterhorn is constantly in motion.

In a study published in the journal Earth and Planetary Science Letters, the researchers explain that the mountain sways back and forth about once every two seconds.

The experts say that this motion is stimulated by seismic energy generated by earthquakes, the world’s oceans, and human activity.

For the investigation, the scientists installed seismometers on the Matterhorn, including one at 14,665 feet above sea level (just below the summit).

The seismometers recorded the mountain’s movements at a high resolution. The experts used the data to analyze the frequency and direction of the Matterhorn’s constant motion.

The measurements revealed that the mountain oscillates in both a north-south and an east-west direction at similar frequencies. 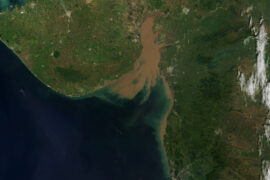 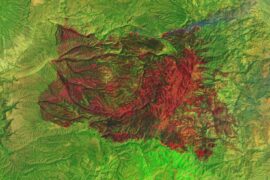 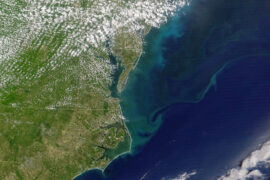