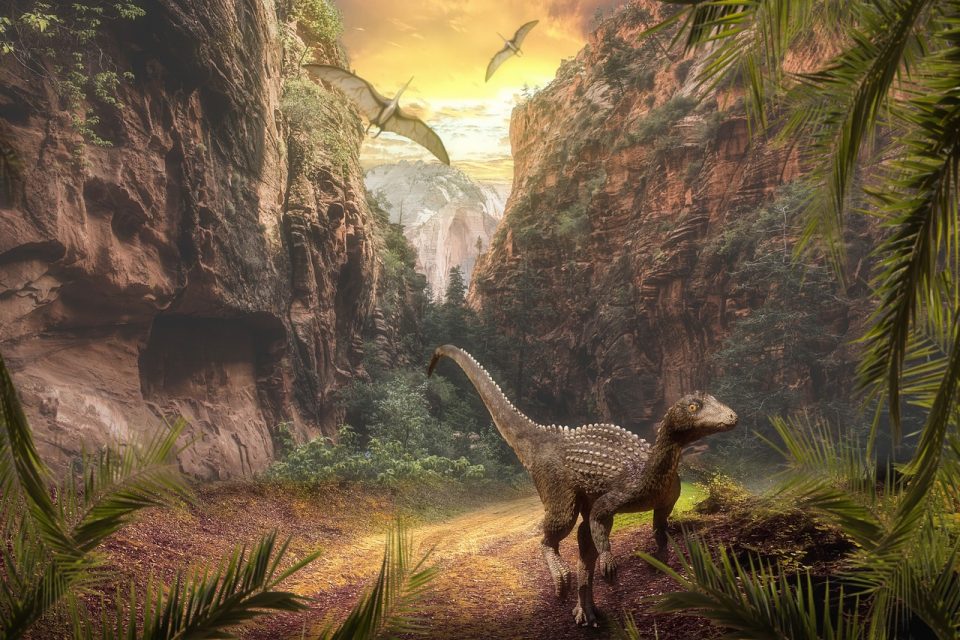 Birds are currently classified by scientists as a subgroup of theropod dinosaurs. So yes, birds are dinosaurs! There used to be a more rigorous debate among evolutionary biologists about whether or not birds are dinosaurs – but now it’s mostly an accepted consensus.

Birds belong to a group of dinosaurs that emerged during the Mesozoic Era, about 252 to 66 million years ago. The Mesozoic includes the Jurassic, Triassic, and Cretaceous periods. Technically, birds are “avian dinosaurs,” whereas a velociraptor or a sauropod is a non-avian dinosaur. 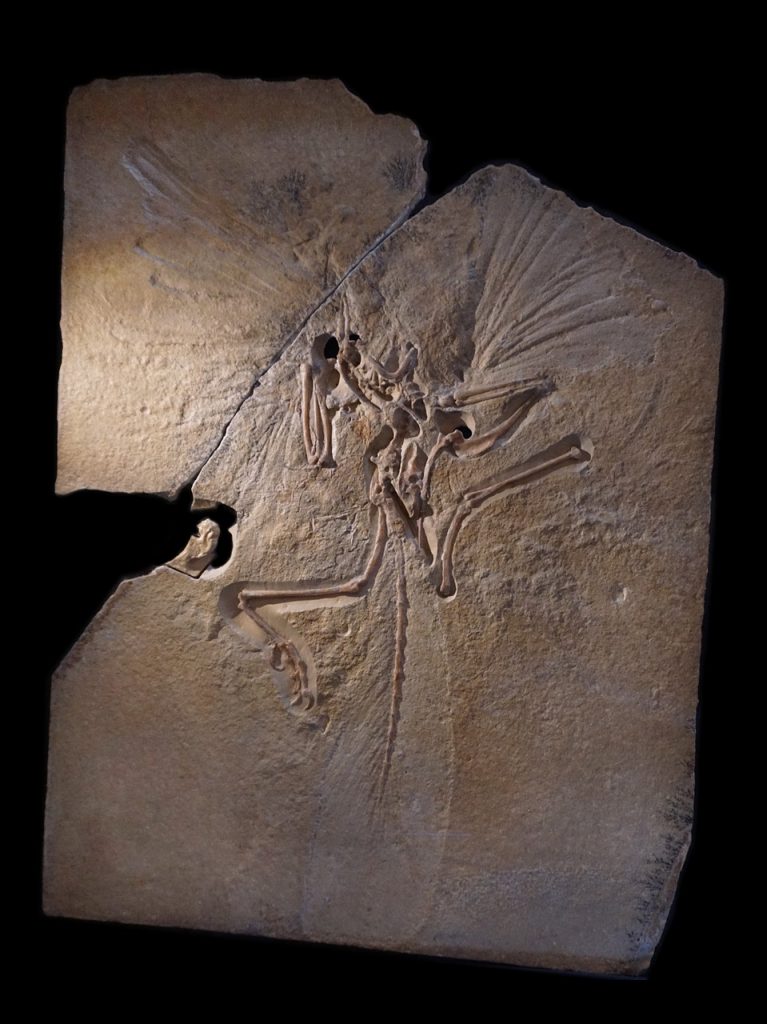 How do we know birds are dinosaurs?

While larger dinosaurs still roamed the earth, there were little guys like the Microraptor which had long, vaned feathers on their arms and legs to create little wings. Microraptor, Archaeopteryx, and other small, feathered, semi-flighted dinosaurs formed the missing link between “traditional” theropod dinosaurs like velociraptors and modern-day birds.

There’s a bit of a misconception that there basically were only two stages of bird development: a feathery Jurrasic Park lookalike, and a modern bird like a tiny sparrow. For a long time, that’s because there was only one real fossil that pointed to a middle ground: Archaeopteryx, which was pretty darn bird-like. But how did it get so bird-like so fast?

But in recent years, scientists have discovered more and more evidence of gradual changes that led to birdlike dinosaurs, and eventually birds (which, remember are dinosaurs). This means that we don’t have to rely on the idea of a successful genetic freak leading to all birds today.

In the 1990s, researchers in China started unearthing fossil after fossil of feathered, fuzzy dinosaurs that lacked wings. Avian feathers evolved over time, starting with primitive fuzz and eventually leading to the quilled feathers necessary for flight.

Small, feathered dinosaurs that could glide, climb, and hide from the big dinosaurs exploded in diversity (much like the small burrowing mammals did). Over time, these early bird ancestors probably started gliding from tree to tree, and eventually started flying.

In fact, the modern-day hoatzin bird of the Amazon is still pretty dinosaur-like. The chicks of this species of bird still have claws on their wings! Genetic research in 2015 suggested that the hoatzin is the last member of a group of birds that separated from other dinosaurs and birds 64 million years ago. 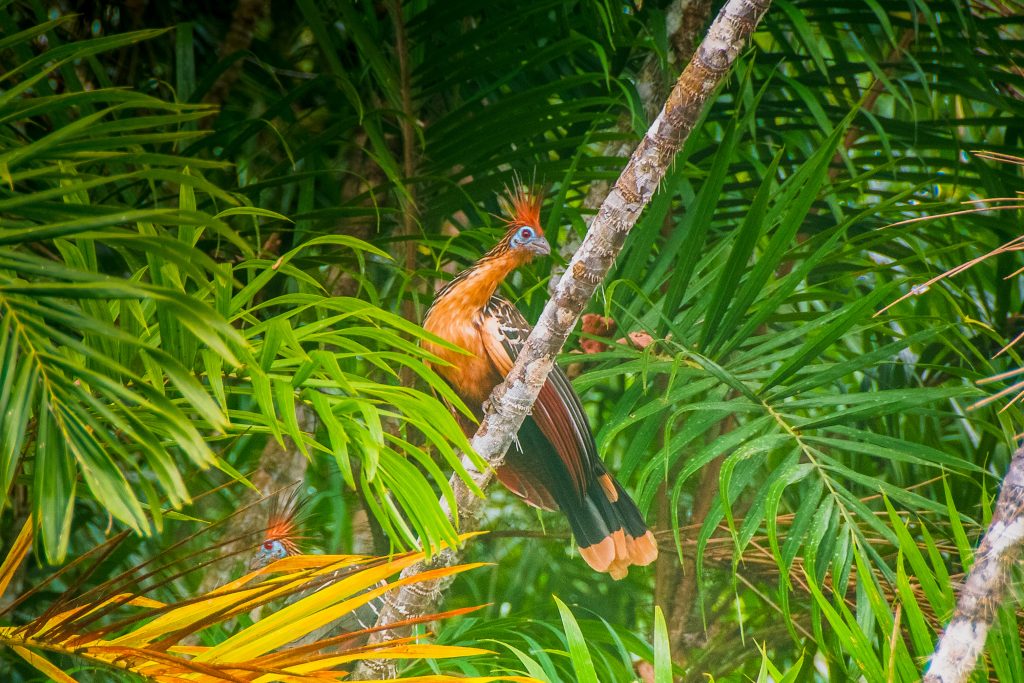 Being small was key for the success of early birds – there’s just more space for diversity if you’re tiny! You can read all about how birds arose from dinosaurs (and an in-depth analysis of all the evidence) in this great article from UC Berkley on the subject.

That said, there are some scientists who fall into the “Birds Are Not Dinosaurs” (BAND) camp. Most of the arguments saying that birds can’t be dinosaurs falls based on differences in lung morphology (which doesn’t fossilize, so it’s impossible to prove or disprove), ankle bones, and finger bones. The “controversy” over whether or not birds are dinosaurs is much more popular in the media than in the scientific community.

What is a Theropod Dinosaur?

Theropods are generally two-legged. They have hollow bones and three-toed limbs. Modern and ancient theropods have wide varieties in diet and behavior. Some theropods might have been capable of swimming, based on fossil evidence of just the tips of claws scraping a river floor in China. Those tracks were well-coordinated, suggesting the theropod was a decent swimmer. 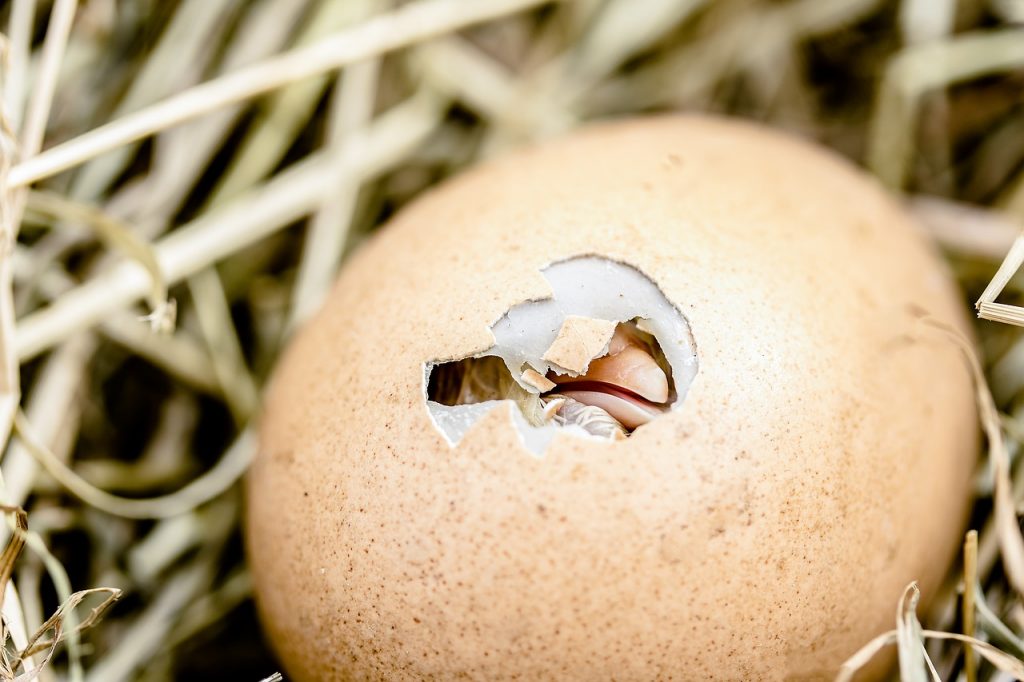 So… does that mean birds are reptiles?

That depends! In the Linnaean taxonomic system, a reptile is defined as cold-blooded and scaled. That’s not a bird!

But in modern biology, many biologists classify animals by phylogeny – by their common ancestors. By this system, birds are reptiles. Their closest relative is actually a crocodile!

Why did birds survive when dinosaurs went extinct?

Like mammals, birds probably survived the Cretaceous extinction largely thanks to their small size. Smaller birds could take cover from the chaos that ensued when an asteroid strike paired with volcanic eruptions to kill the dinosaurs.

Birds also can eat a wide variety of things – and many of those things also survived the extinction! Even if a big predator did survive the initial stages of the Cretaceous extinction, it became increasingly hard to find large prey animals to eat. Likewise, large vegetarians needed large amounts of foliage to eat.

Finally, small animals have shorter reproductive cycles. This means that they’re able to replenish a bit more quickly. And, with more offspring being born more often, survival of the fittest is able to work more quickly to help some survive. Basically, if a bird hatches 6 chicks per year whereas a large sauropod only raises a few offspring per lifetime, there’s a better chance of some of the bird’s offspring surviving and passing along those successful genes. It’s just math!