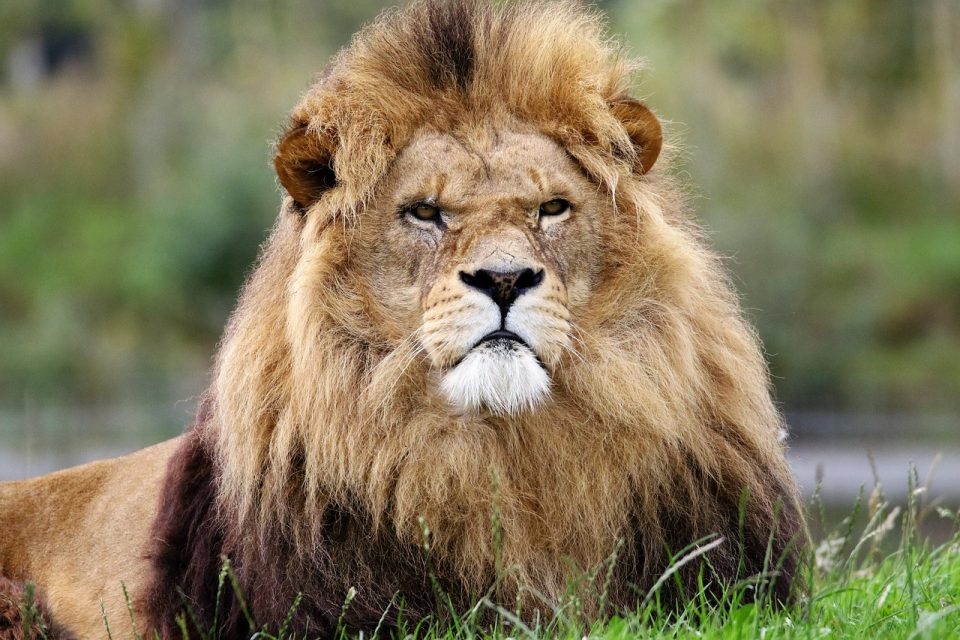 Are Lions Endangered? It's Complicated.

A hundred years ago over 200,000 lions roamed Africa and Asia. Today, that number is about 20,000. That’s a 90% reduction in the population of one of the most charismatic creatures in the world. So, is the lion endangered?

It seems like it should be easy to say whether a species is endangered or not. The poor vaquita in the Sea of Cortez is an unarguably, critically endangered animal. At last count, scientists think there are fewer than 19 individuals.

Lions, however, are more complicated. They span dozens of countries on two continents. In fact, some populations are of ‘least concern,’ whereas others are ‘critically endangered.’ How could the same species have all these designations?

Let’s Think About Populations Instead of the Entire Species

The field of Conservation Science is a lot more than simply preventing the disappearance of entire species from the planet. Extinction is the worst-case scenario, but there are plenty of undesirable options between an unthreatened species and an extinct one.

The lion, for example, is currently extinct in 26 countries (possibly 33). Some of these countries include Morocco, Iran, Egypt, Turkey, and Congo. These regional extinctions are significant. Each population of now-extinct lions had unique genes to thrive in a particular environment.

When all lions from North Africa disappeared, all lions suited to live in that harsh, desert climate also disappeared. Lions no longer roam anywhere in the Middle East, either.

If humans decide to reintroduce lions to these desert areas, where will we choose the lions from?

If, for example, a population of lions still lived in Egypt, then those would be the obvious candidates for reintroduction to the Middle East. However, none of the currently extant (meaning existing, or alive) populations of lions know these kinds of landscapes. Compared to the now-extinct North African lions, reintroduction with other African lions could be difficult.

I will focus on the conservation status of four regions of lions that are currently alive. 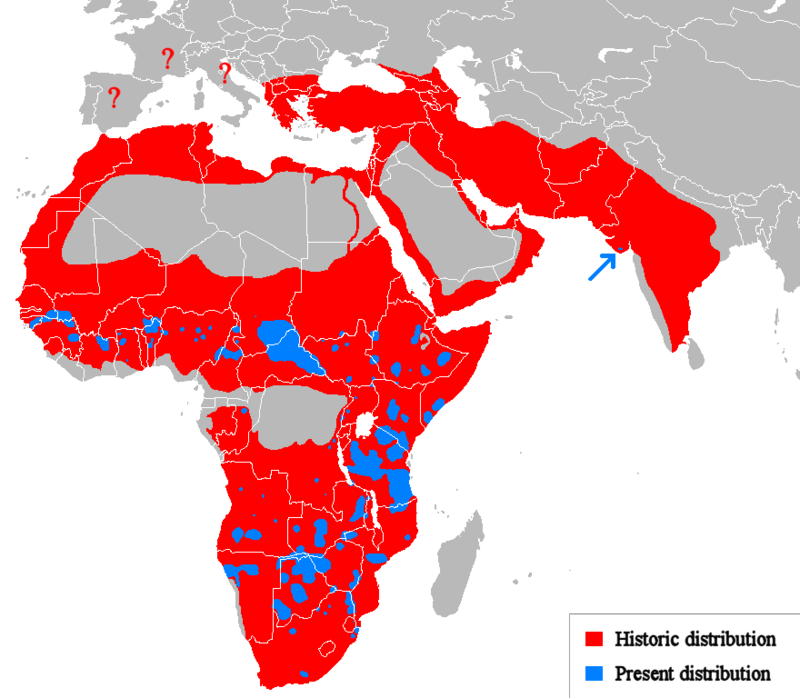 This map was made in 2009. The present distribution is much smaller in West Africa now than it was in 2009. Map courtesy of Tommy Knocker

These lions are the most threatened on the planet. I mentioned above that lions are possibly extinct in 7 additional countries. All of these countries are in Western and Central Africa. This is because lion populations in this region have declined two-thirds in the last 20 years.

Only one substantial population remains in all of Western and Central Africa, which is on the border of Burkina Faso and Benin (it’s okay if you have to look at an atlas). This population might have as many as 200 lions, but all other West and Central African populations have fewer than 20 individual lions.

The conservation community largely ignored this region in lion conservation efforts. Plenty of sufficient habitats exists for lions throughout this region. However, the prey is naturally less dense here compared to the rest of Africa.

This landscape has more forests and deserts, which don’t have the same carrying capacity for large animals as places like the Serengeti National Park. This lack of prey made these lions evolve to be smaller and hunt in smaller prides than their Eastern and Southern African counterparts.

The human population of West African countries has increased rapidly over the last few decades. Unfortunately, the presence of more humans is almost always bad for wildlife.

Food shortages from overfishing increased the demand for bushmeat. This bushmeat is the prey for lions. Since the natural abundance of bushmeat was already low in this region, any human hunting of this prey is particularly bad for lion populations.

As is stands, this region’s lions are considered critically endangered. It is very possible that the West African lion will become extinct in the very near future unless successful conservation programs are quickly put into place. 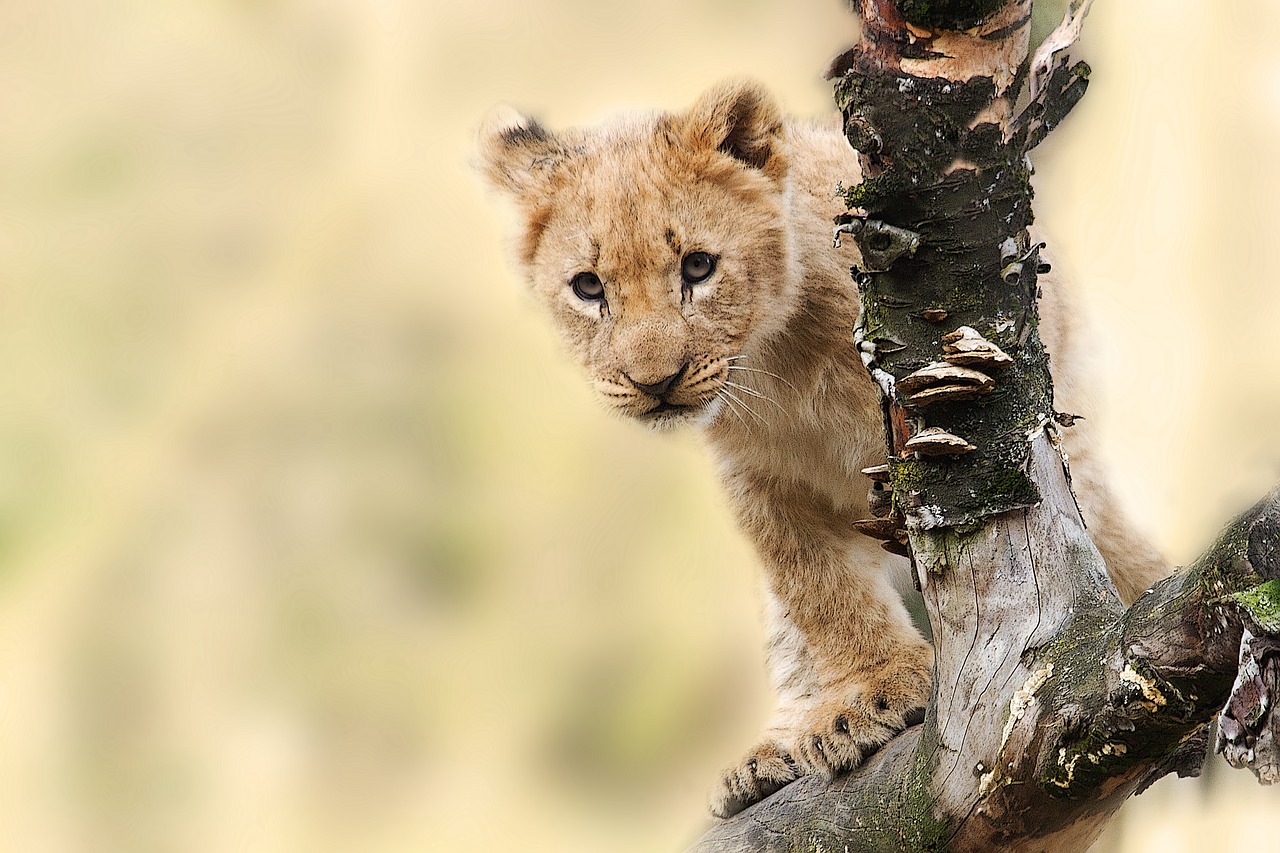 The story of the Asiatic lion is tragic, but at the same time hopeful.

Only 18 lions existed in 1893. (How people estimated lion populations in 1893 is beyond me.) An Indian ruler used this area as his private hunting grounds, which saved the lions from persecution.

These lions have reached their carrying capacity within their protected habitat. This means that new lions need to move outside of protected areas, into areas more densely populated and used by humans. About a third of the lions now live in areas among villages and people. The lions live in and around 1000 villages in India.

This crowding increases the potential for human-lion conflict. However, the International Union for Conservation of Nature (IUCN), the most established group for conservation ratings, uplisted the Asiatic lion from ‘Critically Endangered’ to ‘Endangered’ in 2008.

What About the Future of the Indian Lion?

While this population is currently healthy, it is still vulnerable to many risks. Canine distemper virus, which lions can contract from encounters with dogs, has begun to affect this lion population. Last year, it killed 34 lions. This virus is very contagious and could wreak havoc on the lion population in a matter of weeks under the wrong circumstances.

Also, if the Gir Forest burns or gets affected by some natural disaster, the population would be at risk because they have nowhere else to go. The next step for Indian lion conservation is to establish a second population somewhere else in the country. This way, if one population faces a large setback, it can be helped by the second population. 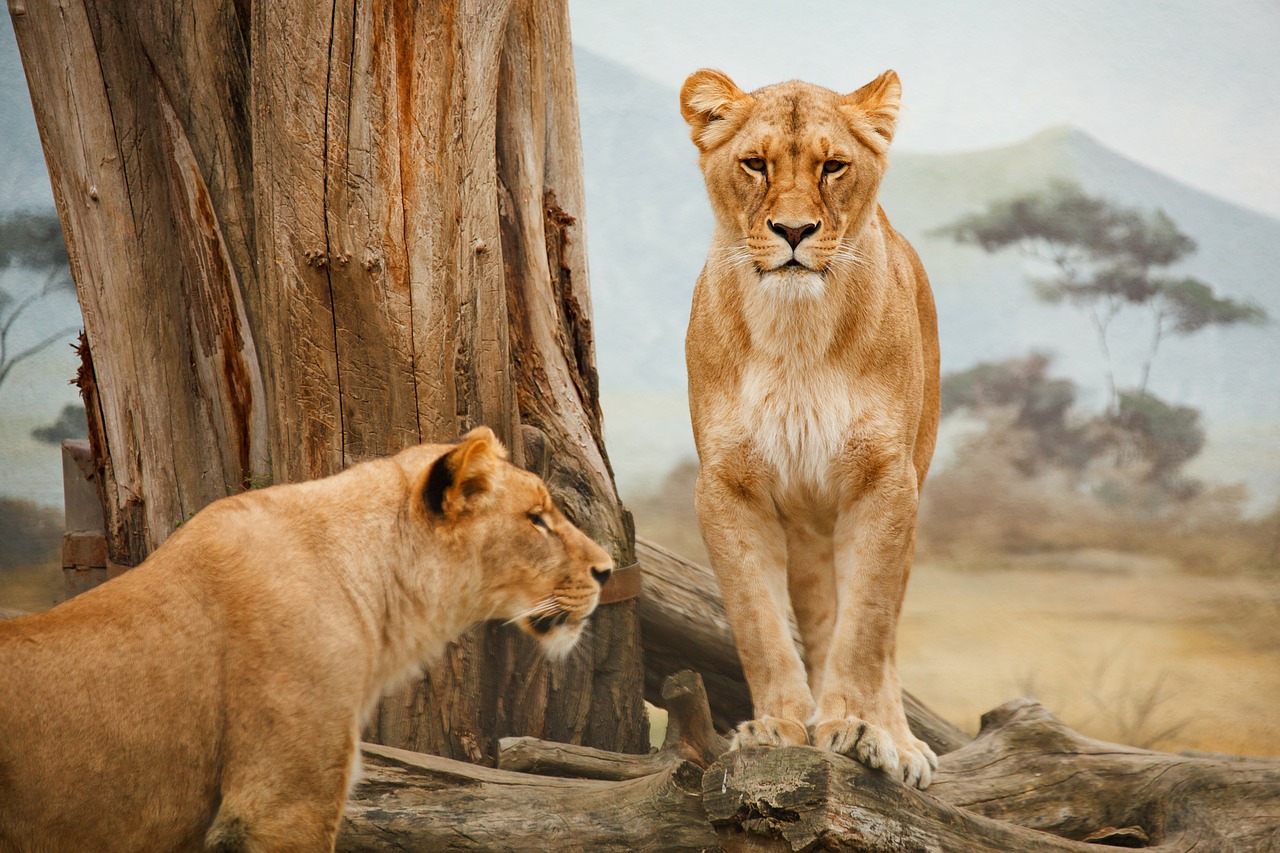 Eastern Africa is home to the majestic Serengeti plains. This landscape is the quintessential lion habitat. Unfortunately, lions are faring poorly in this region.

A 2015 census showed that the lion population decreased by 60% in three lion generations (about 20 years). A species is considered endangered if it’s population shrinks by more than 50% in three generations.

Human-caused habitat loss drives much of the lion population decrease in this area. Lions also occasionally kill cattle. Cattle ranchers become irritated by wildlife threatening their livelihood and resort to dealing with the problem themselves. More often than not, this means killing the lions that killed their cattle.

Some governments try to reimburse cattle ranchers for their loses, but practices like this are difficult to successfully implement. As mentioned, canine distemper virus also threatens these lions.

While it’s difficult to give this large area one conservation rating, the IUCN deems these populations as endangered. 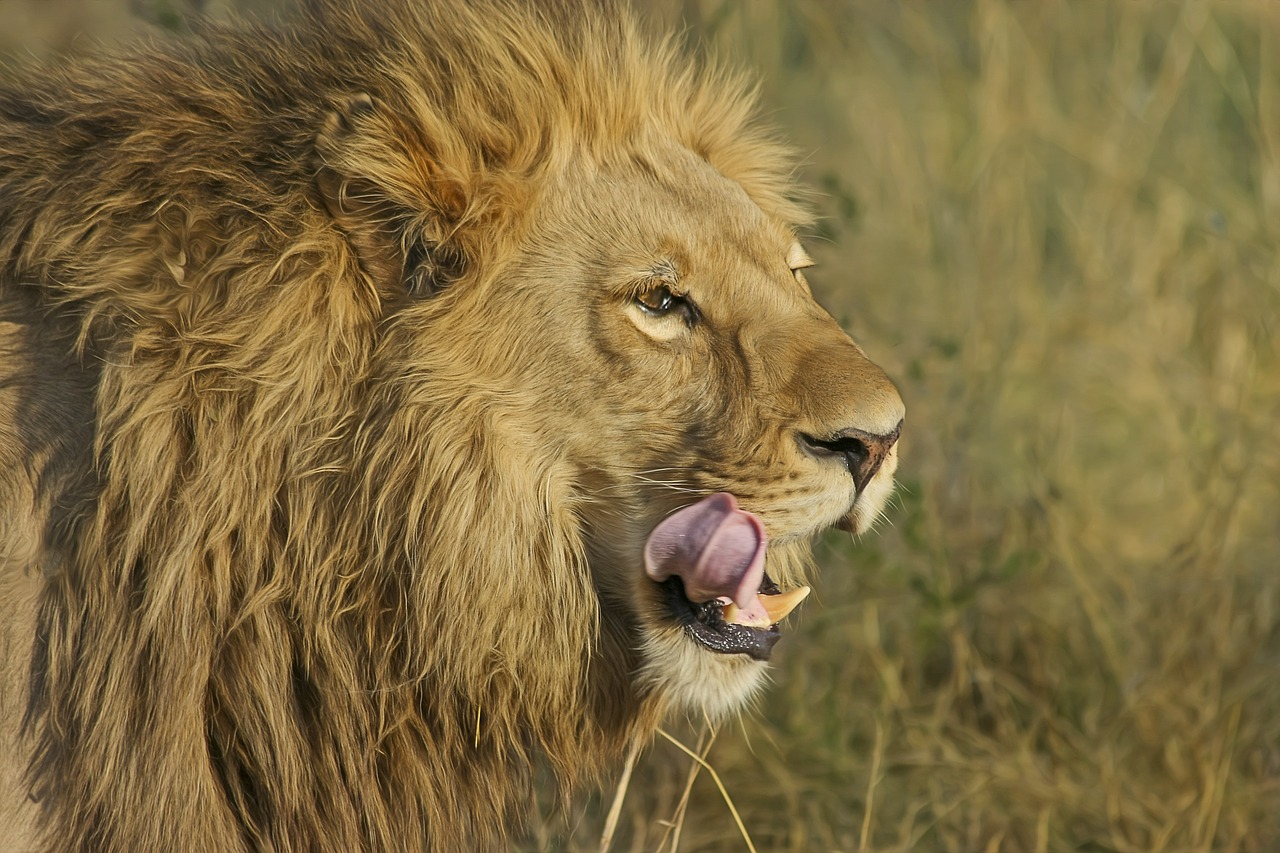 Southern Africa has a little bit of good news for conservationists. This region has more money and tourism than other parts of Africa. As a result, parks have more resources to put towards conservation. These parks have installed fences to help keep lions inside and reduce human-lion conflict.

Southern African countries have had more success in lion conservation than other countries, but simply fencing in parks won’t save lions in other parts of Africa.

True, sustainable conservation must happen through lifting front-line communities out of poverty and giving them an incentive to conserve, rather than threaten lions. The conservation community has failed in the past and currently by trying to exclude locals from their ancestral homelands to conserve wildlife. This led to general resentment towards wildlife, causing poaching and other undesirable actions.

Conservation ethics aside, the positive population trend in southern Africa, combined with strong local buy-in to conservation, led the IUCN to give Southern African lions a ‘least concern’ rating. This is the best rating available.

Will the Lion Disappear?

It’s worth noting that the IUCN Redlist lists the lion as threatened. While it’s likely we will see populations go extinct in the near future, the complete disappearance of lions from the planet is unlikely. This is both a hopeful and anxiety-provoking situation with no easy answers.

If you want to practice conservation yourself, start closer to home rather than trying to save the lions. They aren’t in our backyard, and other people, such as locals and African biologists, understand them much better than we do.