What is Brain? • Earth.com 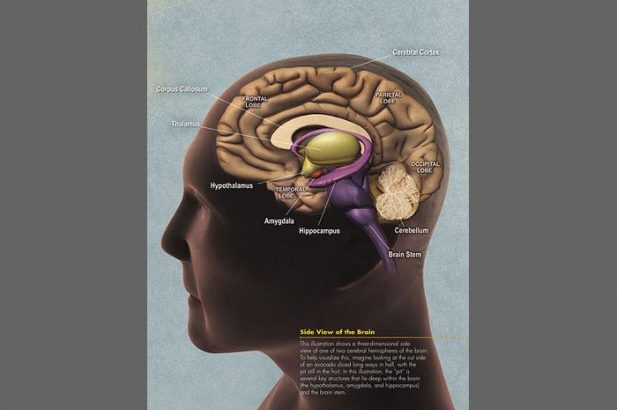 The development of the brain is broken down into stages. The basic evolution begins in the third week of the embryonic process where the neural plate is formed. By week four, the neural plate has developed into the neural tube. The anterior part of the tube, the telencephalon, grows rapidly as it prepares to later give way to the brain. As time goes on, cells begin to classify themselves as either neurons or glial cells, thus determining their functions.

They are considered important but not the most important cells in the brain. They perform tasks such as structural support, metabolic support, insulation and guidance of development. Glial cells also help maintain homeostasis, create myelin all while protecting and supporting the neurons it interacts with.

They are normally considered to be the most important cell type in the brain, mainly because of their ability to send messages to certain cells over a range of distances. Because of their structure, the axon of the neuron can span a number of areas from the brain to the body. This also allows specific neurons to constantly be active will others are only semi-active. Cell-to-cell communication is performed through synapses, junctions between axons in these neurons.

After neurons are established, they are then able to mediate motor skills, sensory and other behaviors. These developmental steps take about the first 20 years of a person’s life to complete.

The brain has many portions that are in charge of certain functions. The hypothalamus helps to maintain hormone releases, the circadian rhythm cycle, and dietary functions (i.e. eating and drinking). The thalamus also regulates dietary functions such as eating, drinking, copulation and defecation. The pallium (cerebral cortex) is a large layer of grey matter that increases the amount of information that can be processed. The medial pallium (hippocampus) is largely one involved in memory. The basal ganglia is the part of the forebrain that generates motor behaviors. The systems of reward and punishment are also linked to the basal ganglia.

The main basis for functionality in the brain is the transmission of electrical signals and messages.
Neurotransmitters are chemical signals sent through synapses and are connected to the receptor molecule of the targeted cell. Glutamate and gamma-aminobutyric acid (GABA) are the two most common transmitters found in almost every part of the brain. Other neurotransmittersare present such as Serotonin, Norepinephrine, Acetylcholine and Dopamine.

Electric fields are produced by brain tissues as the electrochemical process goes on. This happens when neurons become synchronized. Different parts of the brains are active at separate times and the electrical activity patterns shoe the amount of activity during different times of day (i.e. during sleep, morning hours, etc.)

Because of the blood-brain barrier, the metabolism in the brain is very different than other parts of the body. The brain gets most of its energy from glucose and its oxygen-dependent metabolism. This is where the glial cells come in to control the chemical composition of the fluid that surrounds neurons. The brain processes information based on the activity of a large number of neurons that provide signals. The brain also uses this technique when interprets sensory messages into actual perceptions. Motor neurons in the spine, midbrain, hindbrain, forebrain, and the frontal lobe work to activate muscles, eye work, timing, motivation, coordination, and planning. The brain is also responsible for arousal, alertness and the circadian rhythm.

Image Caption: Drawing of the human brain, from the National Institute for Aging, National Institutes of Heath, United States Depsrtment of Health and Human Services. This drawing shows several of the most important brain structures. Credit: NIH / Wikipedia