What is Clear Ice? • Earth.com 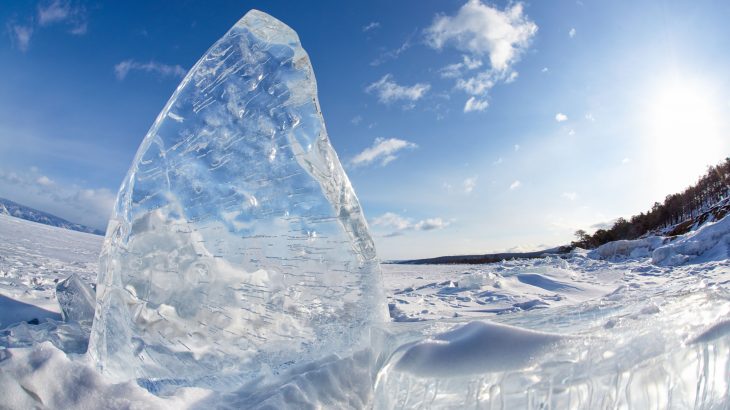 What is Clear Ice?

Clear ice is a natural weather event that occurs when air temperatures are 0°C (32°F) — 3°C (38°F). Air moisture must be rapidly, or ‘super-cooled’ (such as in freezing fog) in order for the ice to be transparent. A similar phenomenon called glaze occurs when freezing rain or drizzle hits a solid surface.

Clear ice build up typically occurs because of the absence of air bubbles in the area where the water freezes. If the freezing happens without any impurities or foreign particles trapped in the water at the time the liquid turns solid, the ice will be see-through. The color in ice from household freezers, for example, is essentially from trace amounts of particles dissolved in the water.

Clear ice is denser and more homogeneous than hard rime. However, similar to rime, icicles can accumulate on branches and overhead lines, which can become particularly dangerous. Also referred to as black ice due to its transparency against roads and other surfaces, clear ice causes some of the most hazardous conditions for driving. Many times, a patch of black ice appears to be merely a wet spot on the road, making it difficult for motorists to recognize the danger until it’s too late. Slip-and-slide accidents can be common wherever the temperatures allow clear ice to form.