What is Kelp Forest? • Earth.com 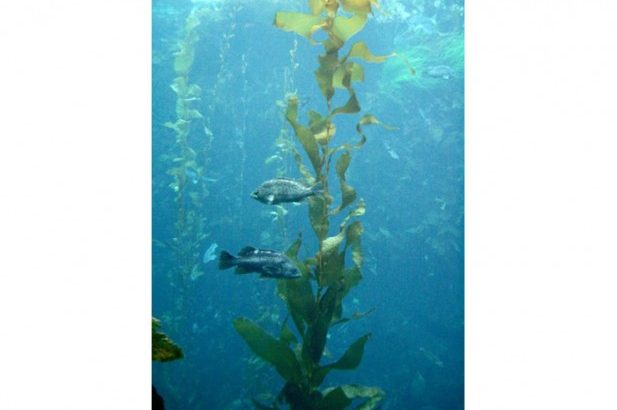 What is Kelp Forest?

are areas that are underwater with a high density of kelp. They’re recognized as one of the most dynamic and productive ecosystems on Earth. Smaller regions of anchored kelp are known as kelp beds.
Kelp forests can be found worldwide throughout polar and temperate coastal oceans. In the year 2007, kelp forests were discovered in tropical waters near Ecuador as well.

While they are physically formed by brown macroalgae of the order Laminariales, kelp forests offer a unique three-dimensional habitat for marine organisms and are a source for understanding many ecological processes. Over the last century, kelp forests have been the center of extensive research, especially in tropic ecology, and continue to spark important ideas that are relevant beyond this unique ecosystem.

The term kelp  is in reference to marine algae that belongs the taxonomic order Laminariales. Though its not considered a taxonomically diverse order, kelps are highly diverse regarding its functionality and structure. The most widely recognized species are the giant kelps, although there are a number of other genera such as Ecklonia, Lessonia, Alaria, Laminaria, and Eisenia.

While they’re often considered an ecosystem engineer, kelp supplies a physical substrate and habitat for kelp forest communities. In algae, the body of an individual organism is known as a thallus rather than a plant.

The morphological structure of kelp thallus is defined in three fundamental units:

Additionally, many species of kelp have pneumatocysts, or gas filled bladders, normally located at the base of fronts near the stipe. These structures offer the essential buoyancy for kelp to keep an upright position in the water column.

The architecture of a kelp forest is based on its structure physically, which influenced the associated species that define it structure regarding the community. Structurally, the ecosystem incorporates three unions of kelp and two unions occupied by other algae:

The benthic group is also made up of other algal species and sessile organisms along the bottom of the ocean. Encrusting coralline algae directly and a lot of the time, extensively cover geologic substrate.