What is Kepler’s Laws of Planetary Motion? • Earth.com 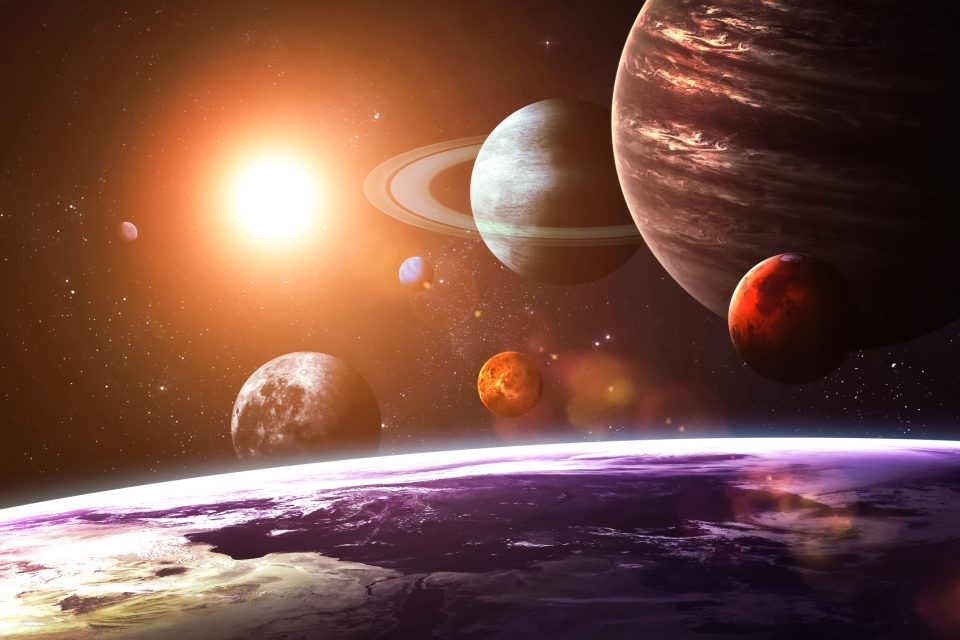 What is Kepler’s Laws of Planetary Motion?

Kepler’s Laws of Planetary Motion — The astronomer Johannes Kepler’s main contribution to astronomy was his three laws of planetary motion.
Kepler found these laws empirically by studying extensive observations recorded by Tycho Brahe. He found the first two laws in 1609 and the third one in 1618. Isaac Newton was later able to derive the laws from his laws of motion and gravity, thereby producing strong evidence in favor of Newton’s inverse-square gravitational law.
Kepler’s First Law (1609): The orbit of a planet about the Sun is an ellipse with the Sun at one focus.
Kepler’s Second Law (1609): A line joining a planet and the Sun sweeps out equal areas in equal intervals of times.
Kepler’s Third Law (1618): The square of the sidereal period of a planet is directly proportional to the cube of the semimajor axis of the orbit.
Kepler’s First Law
There is no object at the other focus of a planet’s orbit. The semimajor axis, a, of an orbit is the average distance between the planet and the Sun. As a planet travels in its elliptical orbit, its distance, from the Sun, and speed vary.
A planet moves most rapidly when it is nearest the Sun, or at perihelion. A planet moves most slowly when it is farthest from the Sun, or at aphelion.
Kepler’s Second Law
This is also known as the law of equal areas. Suppose a planet takes 1 day to travel from point A to B. During this day, an imaginary line from the Sun to the planet will sweep out an area. The same area will be swept every day.
Kepler’s Third Law (Harmonic Law)
– P = object’s sidereal period in years
– a = object’s semimajor axis, in AU
– P2 = a3
The larger the distance from the Planet to the Sun, a, the longer the sidereal period. From this one can show that the larger the orbit is, the slower the average speed of the orbiting object will be.
Not Just Applicable to Planets
The laws are applicable whenever a comparatively light object revolves around a much heavier one because of gravitational attraction. It is assumed that the gravitational effect of the lighter object on the heavier one is negligible. An example is the case of a satellite revolving around Earth.
Kepler’s Understanding of Said Laws
Kepler did not understand why his laws were correct, it was Isaac Newton who discovered the answer to this.
—–
Click here to learn more on this topic from eLibrary: