What is Terraforming? • Earth.com 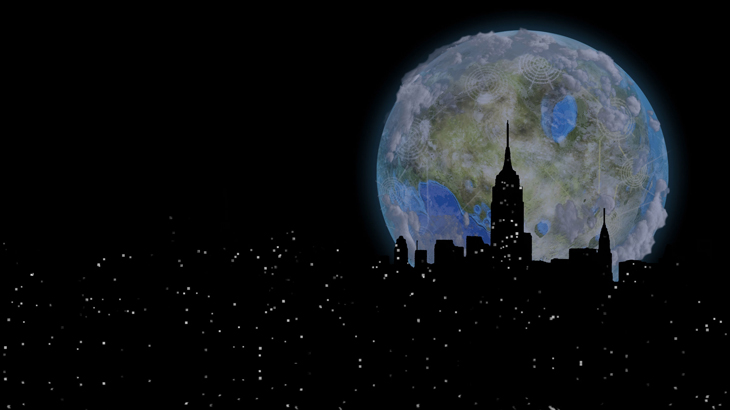 Terraforming (literally, “Earth-shaping”) is the process of modifying a planet, moon or other body to a more habitable atmosphere, temperature or ecology.

Jack Williamson used the term in a science fiction novel, ‘Seetee Shock’ (1940?), but the concept is older than that. An example in fiction is ‘First and Last Men’ by Olaf Stapledon. In which Venus is modified, after a long and destructive war with the original inhabitants.

Early fictional accounts of the process are frequently handicapped by the inaccurate contemporary knowledge of the actual conditions, as in the Stapledon example, which had Venus covered in oceans.

A more recent example, using the actual conditions on Mars as revealed by planetary probes to that time, is the Mars trilogy by Kim Stanley Robinson. The three volumes are a lengthy description of the fictional terraforming of Mars. They are very evidently the result of a massive amount of research by the author.

In the 1960s astronomer and popularizer of science Carl Sagan proposed terraforming the planet Venus by seeding its atmosphere with algae, which would remove carbon dioxide and reduce the greenhouse effect until surface temperatures dropped to comfortable levels.

Later discoveries about the conditions on Venus made this particular approach impossible, however; there is simply too much atmosphere to process and sequester. Even if atmospheric algae were able to thrive in the hostile and arid environment of Venus’ upper atmosphere, any carbon that was fixed in organic form would be liberated as carbon dioxide again as soon as it fell into the hot lower regions.

Today the most feasible planet for terraforming appears to be Mars. A well elaborated plan was presented by Robert Zubrin, the founder of the Mars Society. He wants to start with a Mars return mission called Mars Direct.

The reason given to pursue terraforming is creating suitable worlds for habitation by human beings. However, some researchers believe that space habitats will be a more economical means for supporting space colonization.

If (nanotechnology and advanced chemical processes) researches continues, it may become feasible to terraform planets in centuries rather than millennia. On the other hand, it may become reasonable to modify humans so that they don’t require an oxygen/nitrogen atmosphere in a 1G gravity field to live comfortably. That would then reduce the need to terraform worlds, or at least the degree to which other worlds’ environments would need to be altered.

(this needs a lot more yet, including non-fictional research – and the aspect that the whole problem of greenhouse gases is that we are inadvertantly engaged in the terraforming project of returning atmospheric carbon dioxide to the levels of millions of years ago).

Also known as the “worldhouse” concept. Paraterraforming involves a habitable construction enclosure on a planet which eventually grows to encompass most of the planet’s useable area. The enclosure would consist of :

A worldhouse can be constructed with technology known since the 1960s.

Paraterraforming has several advantages over the traditional approach to terraforming. For example, it provides an immediate payback to investors; the worldhouse starts out small in area, but those areas are habitable from the start.

The paraterraforming approach also allows for a modular approach that can be tailored to the needs of the planet’s population, growing only as fast and only in those areas where it is required.
Finally, paraterraforming reduces the atmosphere amount that will added to planets to provide Earthlike atmospheric pressures. By using a solid envelope in this manner, even bodies which would otherwise be unable to retain an atmosphere at all (such as asteroids) could be given a habitable environment.

Geoengineering is the deliberate modification of Earth’s environment on a large scale, in a sense “terraforming” Earth itself. There is currently a great deal of debate over the notion that human civilization has already been inadvertantly modifying Earth’s climate through the industrial emission of greenhouse gases, and proposals have been made to counter any such effects through further deliberate geoengineering.

For example, Scientists proposed that putting large mirrors in orbit which would modify the insolation recieved by Earth. Either increasing or decreasing it, as the need arises.

other examples which have been seriously considered are: