Why Are Kiwi Birds Endangered? • Earth.com 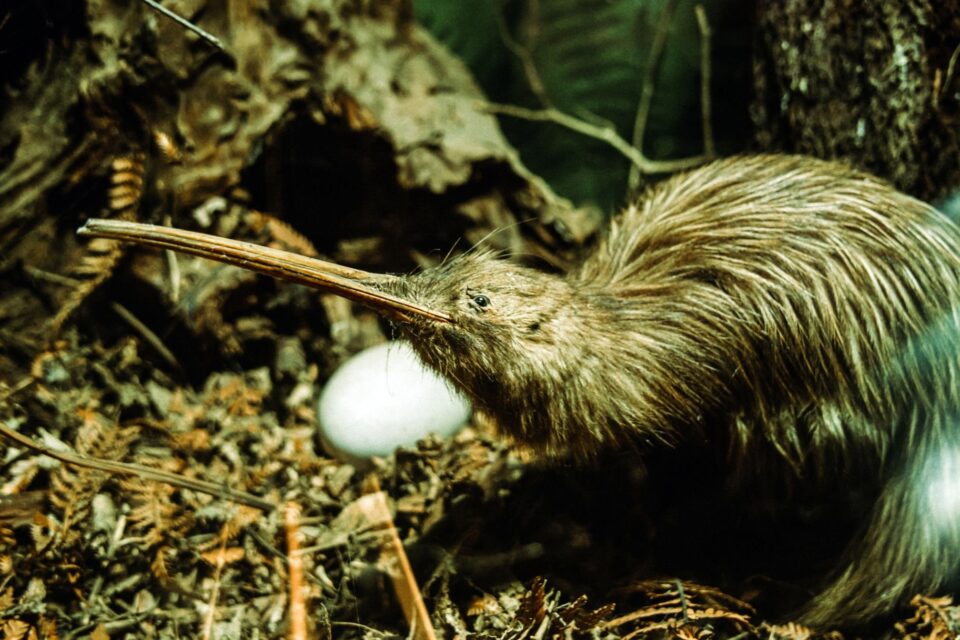 Why Are Kiwi Birds Endangered?

Native to New Zealand, kiwi birds are fascinating and unique creatures. These birds cannot fly and don’t have a tail, but they have long, loose feathers and powerful legs.

Hundreds of years ago, these birds thrived abundantly in their home country. Now, their populations have become dispersed and fragmented, as well as vulnerable.

Why are kiwi birds endangered? Let’s take a look at all of the factors that are threatening their long-term survival and driving this species toward extinction.

In an effort to make room for new farmlands and urban development, a majority of New Zealand’s natural forests have been cleared. As a result, the landscape has changed dramatically.

Around 750 years ago, natural forests covered about 85% of the country’s landscape, or about 23 million hectares. Deforestation efforts have reduced this to around 23%, which equals just 6.2 million hectares.

Many lowland forests, estuaries, and dunes have been converted into grasslands and pastures, while others are transformed into towns. Both measures are designed to boost local economies, though they have devastating effects on certain species, like the kiwi birds, that depend on the forest for survival.

Flat pastures do not provide kiwi birds with the natural protection and barriers they need to survive. Yet, their scope is rapidly increasing. Before New Zealand was populated, only 5% of the country was grassland. Now, more than 38% of the country’s total land area is covered in grass.

The Damaging Effects of Clearing Land

What happens to the kiwi birds when forest land is cleared and converted into grasslands and pastures? There are three main ways these actions harm the species.

When land is cleared, kiwis and their predators are forced to move out of their widespread natural habitats. Instead, they migrate into smaller and more concentrated areas, where there are fewer resources and the likelihood of an encounter is greater. If the kiwi birds remain in the farmland, they are often attacked by predators, such as dogs.

Developers use various means to clear land, including burning and crushing vegetation. Both approaches pose a direct threat to kiwis and other species that call the area home. The large rollers used to crush plants and trees can harm or kill the birds, who cannot fly to higher altitudes for safety. Likewise, the fire and smoke from the burning process are also significant dangers.

With a smaller habitat to live in, kiwis are affected both physically and socially. Deforestation creates more competition for free space, which leads to boundary wars between kiwi birds and other local inhabitants. Not only can these encounters turn deadly, but they also make breeding less frequent.

The Rise of the Dairy Farming Industry

In an effort to offset the negative effect of pastureland development, country leaders have led programs to establish plantation forests where the kiwi birds can live. The movement hit its apex in 2006, when planted forests covered around 1.8 million hectares in New Zealand.

However, there’s another movement changing the landscape and diverting attention elsewhere: the growth of the dairy farming industry. Over the past 30 years, dairy exports in New Zealand have increased from around NZ $2 billion per year to nearly $20 billion per year.

Dairy farmers need pastures to support their livelihoods, which means fewer exotic forests are being replanted. In fact, some immature forests have even been converted into dairy farms to support this sector.

While habitat loss contributes to the dwindling numbers of kiwi birds, it isn’t the primary factor affecting their survival.

In fact, kiwi birds are surprisingly adaptable and can conform to a variety of environments. While flat grasslands aren’t ideal, these soil feeders can survive in other areas, from native forests and rougher farmland to sand dunes and mangroves.

The only problem? When they migrate to these different habitats, kiwis aren’t alone. Instead, they meet a variety of predators, including dogs, stoats, and ferrets. Faced with these constant threats, it’s estimated that only 5% of kiwi bird chicks survive into adulthood.

Stoats are particularly dangerous for baby kiwi birds. In the same family as ferrets and weasels, these short-tailed mammals are extremely smart, fast, and mobile. They were introduced into New Zealand back in the 1800s in an attempt to control the overpopulation of introduced rabbits.

However, once they arrived in the country, the stoats quickly found that it was easier to attack and kill flightless ground-nesting birds (like the kiwi) than rabbits. Thus, newly-hatched kiwi birds became their primary prey — a relationship that continues to this day. It’s especially difficult for kiwis to outwit or outrun stoats due to the fact that kiwis are mostly nocturnal, while stoats hunt during the day.

While baby kiwis often fall victim to stoats, dogs are the biggest predator of adult kiwi birds. Even the smallest and most delicate dog can crush a kiwi due to its size and weight. While there has been some legislation to control dog populations in New Zealand, including the Dog Control Act of 1996, some dog owners are not aware of (or choose to openly ignore) the rules required to keep their pets under control in areas where wild kiwi birds live.

In addition to dogs, adult kiwi birds also have to be on the lookout for ferrets, which are increasing in number across New Zealand. Ferrets also prey on rabbits and have had plenty of hunting activity lately. As summers become longer, hotter, and dryer, rabbit populations are on the upswing.

Thus, ferrets are thriving as well. It’s not uncommon for them to migrate from farmlands into deep forests, where they can find kiwi among other forms of natural wildlife. Other animals that can kill kiwi birds include possums, cats, and pigs.

As conservation leaders learn more about the types of animals that commonly prey on kiwi birds, they are taking measures to keep them safe. Research shows that when predatory activity is intensively controlled, kiwi hatching rates increase to up to 60%. For population levels to grow, a rate above 20% is necessary, so this is promising progress.

The specific techniques and tools used to control predators will vary depending on the target species, area size, terrain, and personnel responsible. However, there is always a focus on using humane measures (including traps and poisons) to protect the kiwi birds and preserve other native species.

The Future of the Kiwi Bird Population

As a result of habitat loss and predatory activity, kiwi bird populations across New Zealand are becoming increasingly sparse and fragmented. When this occurs, it becomes more difficult for the species to breed, which further inhibits population growth.

As long as safe and effective pest control measures are in place, kiwi can thrive in various habitats. The key is understanding how to protect the birds that live in your homeland, whether that’s a town, pasture, forest, or farm.

As community leaders continue to look for ways to drive out predators and keep these birds safe, education and advocacy are key. Continue to educate yourself on the measures taken to safeguard this species, and check back here often for all of the eco-central news and updates you need.