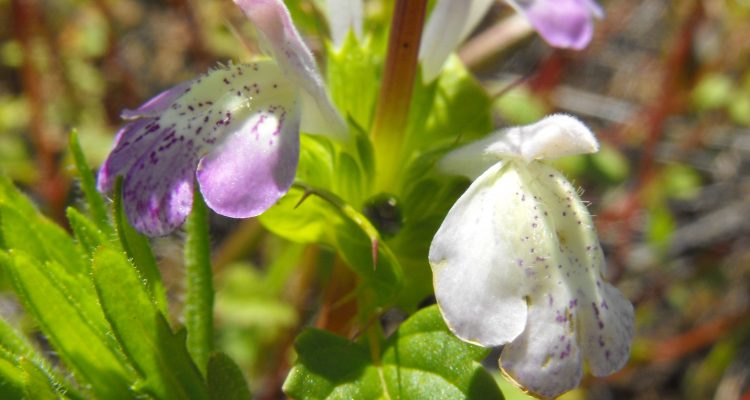 Acanthomintha ilicifolia, known by the common name San Diego thornmint, is a rare species of flowering plant in the mint family. It is native to Baja California and San Diego County, California, where it is a resident of the chaparral and coastal sage scrub plant communities and vernal pools.

Acanthomintha ilicifolia has been extirpated from many of the sites where it was previously noted in San Diego County. It is a federally listed threatened species in the United States. This species is also listed as endangered under the California Endangered Species Act which means that killing or possessing the plants is prohibited within California unless authorized by the California Department of Fish and Game.