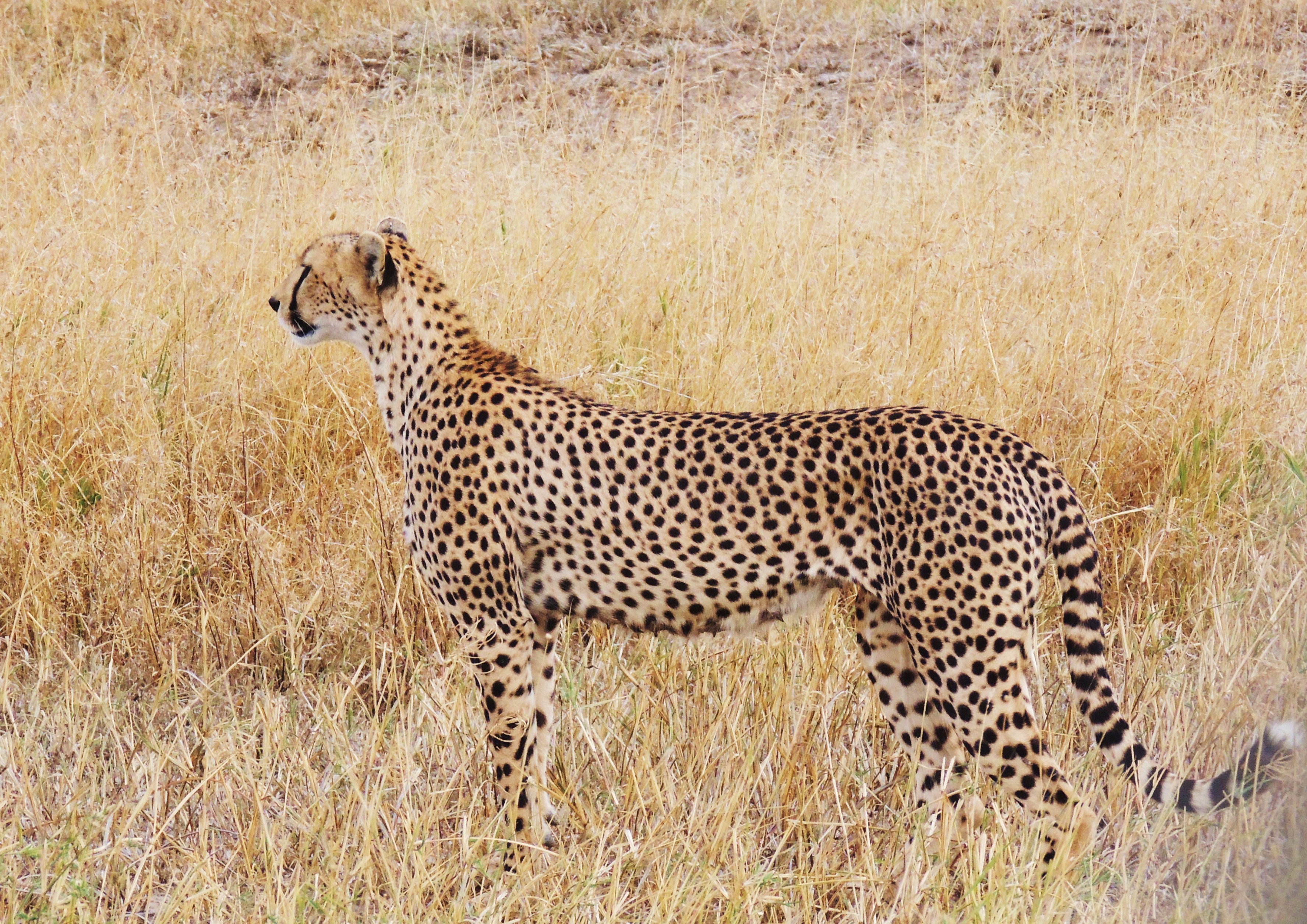 ITIS Reports — ITIS (the Integrated Taxonomic Information System) is a source for authoritative taxonomic information on plants, animals, fungi, and microbes of North America and the world.The cheetah (Acinonyx jubatus) is a large cat native to Africa and central Iran. It is the fastest land animal, capable of running at 80 to 128 km/h (50 to 80 mph), and as such has several adaptations for speed, including a light build, long thin legs and a long tail. It typically reaches 67–94 cm (26–37 in) at the shoulder, and the head-and-body length is between 1.1 and 1.5 m (3.6 and 4.9 ft). Adults weigh between 20 and 65 kg (44 and 143 lb). Its head is small, rounded, and has a short snout and black tear-like facial streaks. The coat is typically tawny to creamy white or pale buff and is mostly covered with evenly spaced, solid black spots. Four subspecies are recognised. More gregarious than many other cats, the cheetah has three main social groups—females and their cubs, male “coalitions” and solitary males. While females lead a nomadic life searching for prey in large home ranges