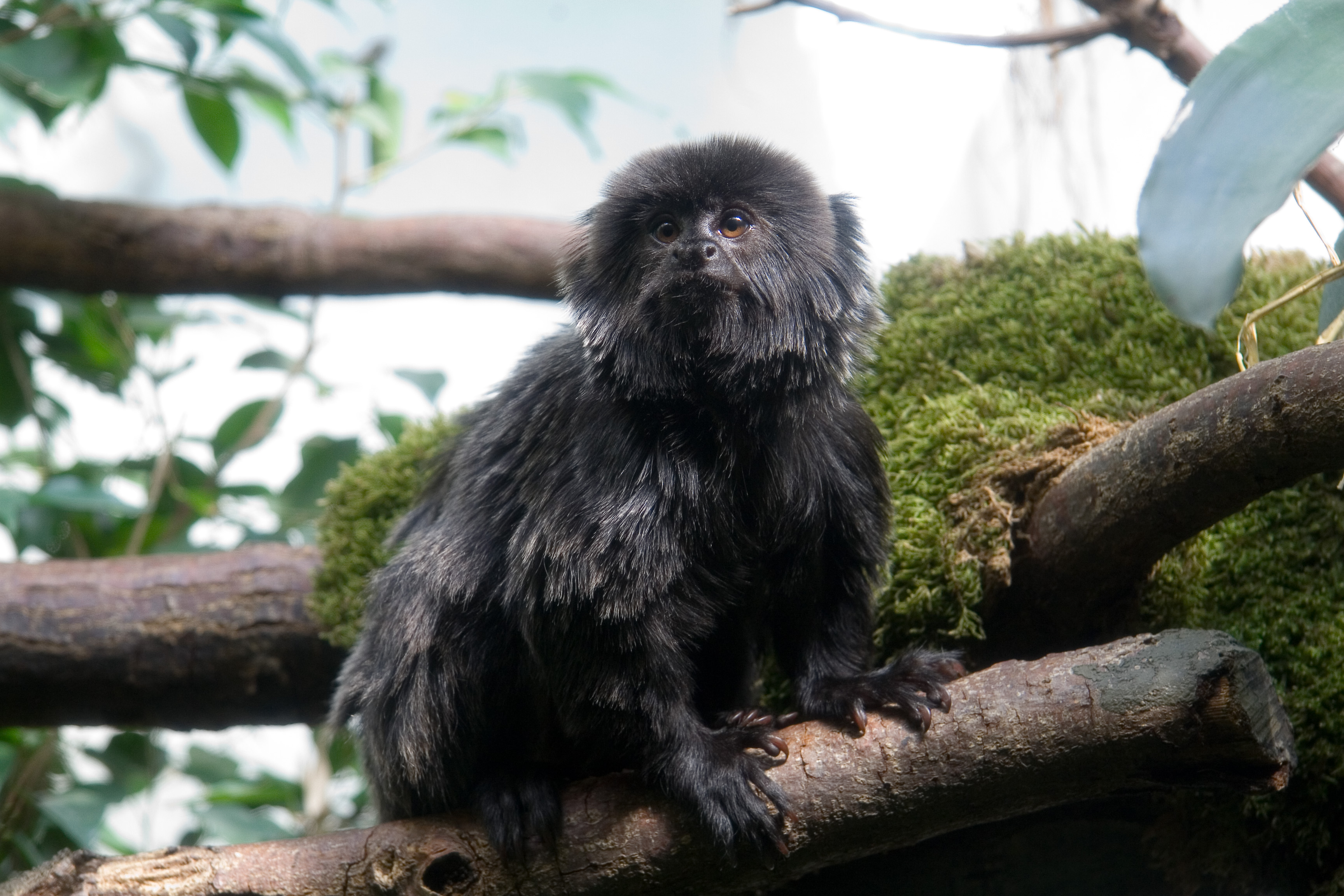 Callimico goeldii NatureServe Explorer Species Reports -- NatureServe Explorer is a source for authoritative conservation information on more than 50,000 plants, animals and ecological communtities of the U.S and Canada. NatureServe Explorer provides in-depth information on rare and endangered species, but includes common plants and animals too. NatureServe Explorer is a product of NatureServe in collaboration with the Natural Heritage Network. ITIS Reports -- ITIS (the Integrated Taxonomic Information System) is a source for authoritative taxonomic information on plants, animals, fungi, and microbes of North America and the world. FWS Digital Media Library -- The U.S. Fish and Wildlife Service's National Digital Library is a searchable collection of selected images, historical artifacts, audio clips, publications, and video. The Goeldi's marmoset or Goeldi's monkey is a small, South American New World monkey that lives in the upper Amazon basin region of Bolivia, Brazil, Colombia, Ecuador, and Peru. It is the only species classified in the genus Callimico, and the monkeys are sometimes referred to as "callimicos".Callimico goeldii, Goeldi’s monkey, is a South American or New World monkey. South American monkeys or platyrrhines comprise one of the two infraorders (Platyrrhini and Catarrhini) of anthropoid primates. They live exclusively in South and Central America, but their fossil distribution includes the Greater Antilles

No recovery information is available for the Goeldi's marmoset.
Back to full archive