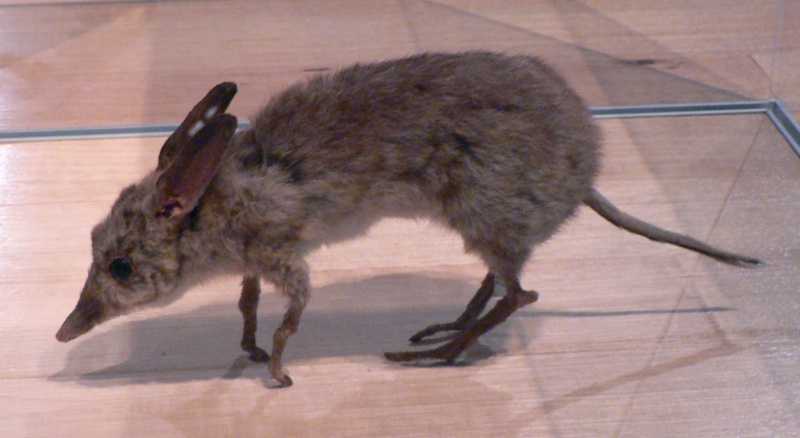 Chaeropus ecaudatus NatureServe Explorer Species Reports -- NatureServe Explorer is a source for authoritative conservation information on more than 50,000 plants, animals and ecological communtities of the U.S and Canada. NatureServe Explorer provides in-depth information on rare and endangered species, but includes common plants and animals too. NatureServe Explorer is a product of NatureServe in collaboration with the Natural Heritage Network. ITIS Reports -- Chaeropus ecaudatus ITIS (the Integrated Taxonomic Information System) is a source for authoritative taxonomic information on plants, animals, fungi, and microbes of North America and the world. Chaeropus, known as the pig-footed bandicoots, is a genus of small mammals that became extinct during the twentieth century. The species were unique marsupials, of the order Peramelemorphia, that had unusually thin legs yet were able to move rapidly. There are two recognised species of these marsupials, which inhabited dense vegetation on the arid and semi-arid plains of Australia. FWS Digital Media Library -- The U.S. Fish and Wildlife Service's National Digital Library is a searchable collection of selected images, historical artifacts, audio clips, publications, and video.The distribution range of the genus was later reduced to an inland desert region, where it was last recorded in the 1950s; it is now presumed to be extinct.

No recovery information is available for the Pig-Footed bandicoot.
Back to full archive