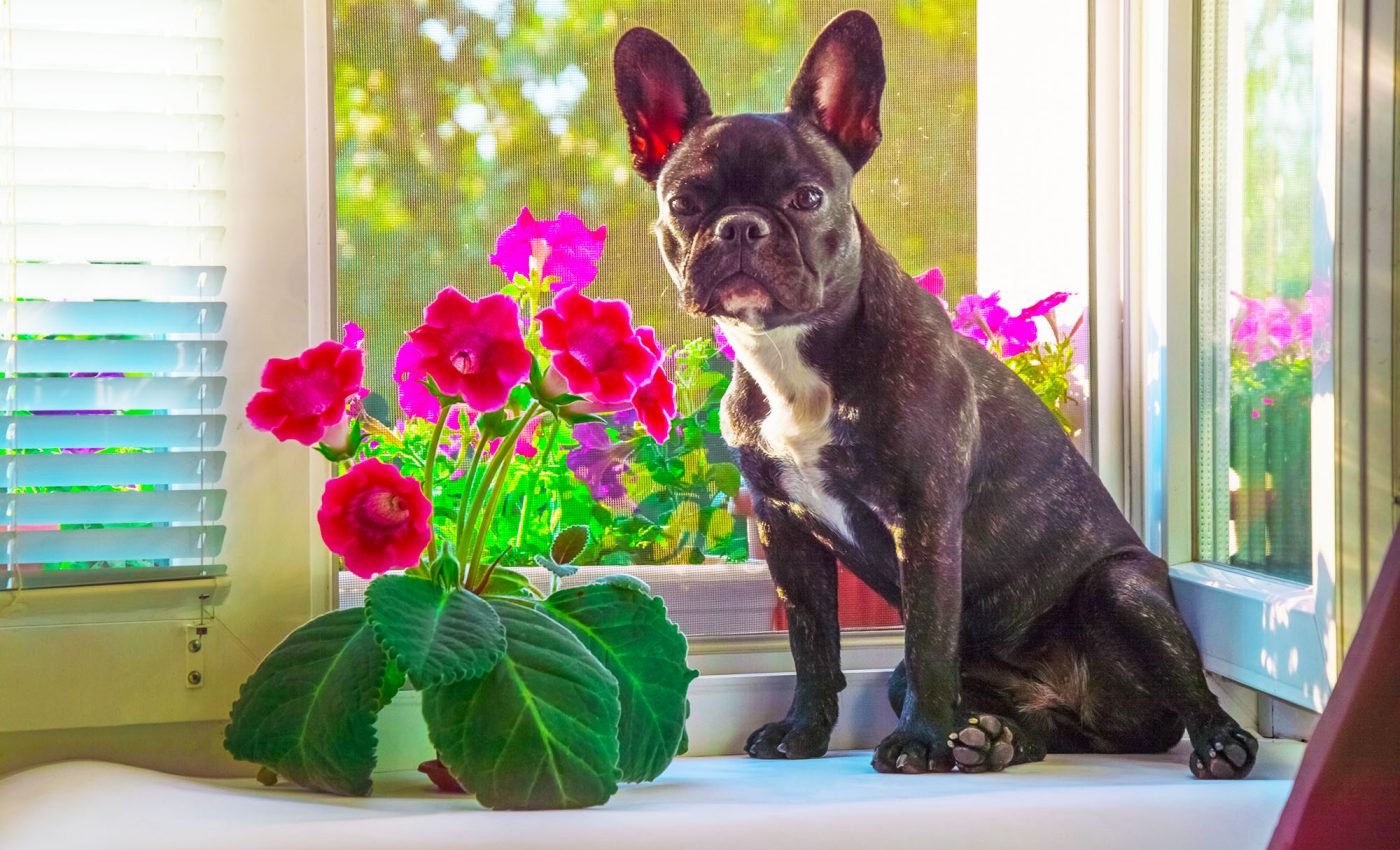 Sinningia speciosa is a popular houseplant0 that was originally described and introduced in cultivation as Gloxinia speciosa and is still sometimes referred to as “gloxinia” or “florist’s gloxinia”, although this name is now inaccurate and no longer used in proper circles.

These plants produce large, velvety, brightly colored flowers. Caring instructions are similar to those of African violets except that S. speciosa generally requires more light and often has a dormant period, when the tuber should be kept cool and dry until it resprouts. Red Sinningia speciosa Admired by French Bulldog

Place pots in bright indoor light with no direct sun and provide consistent moisture. After the initial spring flowering is completed, plants can be cut back to the first two leaves for purposes of encouraging a second bloom period. The French Bulldog ( French: bouledogue or bouledogue français) is a breed of domestic dog, bred to be companion dogs. The breed is the result of a cross between Toy Bulldogs imported from England and local ratters in Paris, France, in the 1800s. They are stocky, compact dogs with a friendly, mild-mannered temperament.