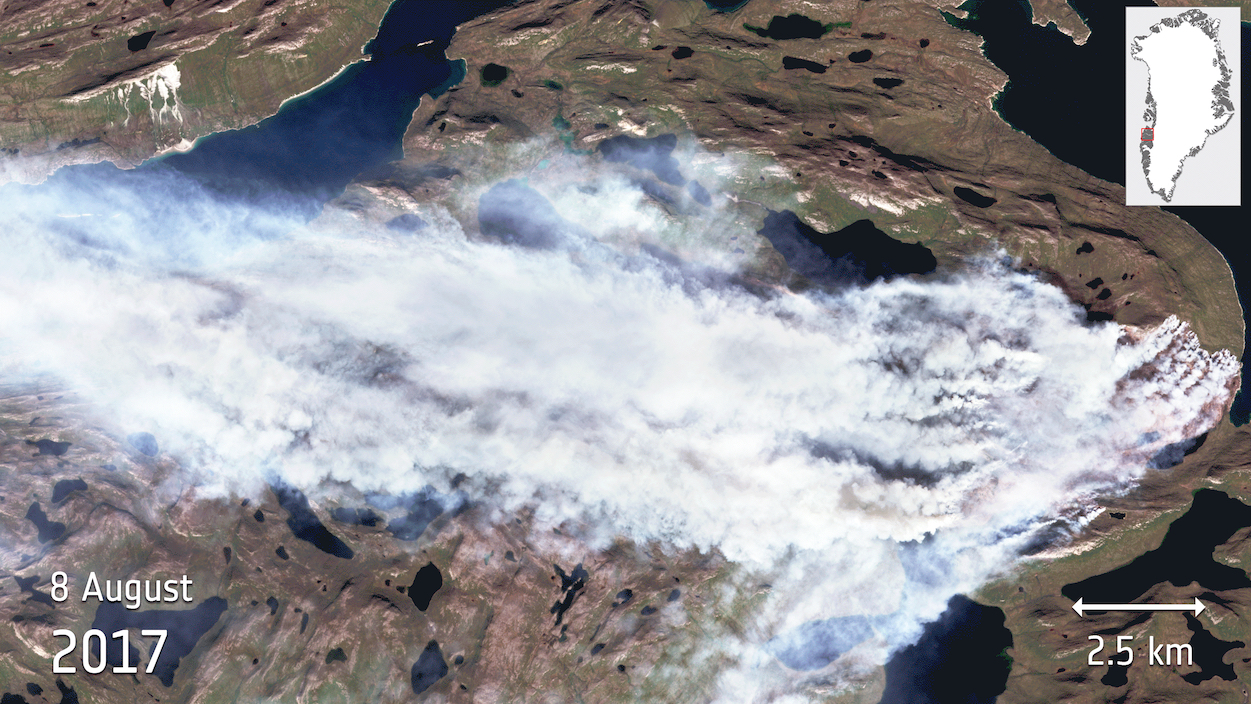 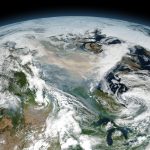 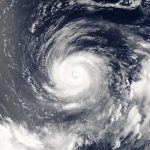 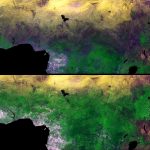 Today’s Image of the Day comes thanks to the European Space Agency and features a look at a wildfire currently burning through Greenland.

Although Greenland is usually thought of as being snow-covered, this massive wildfire ignited in late July and has been burning ever since.

The fire appears to be a peatland fire and is located on the western part of the country. Some scientists fear the root cause is melting permafrost, which makes the peat more susceptible. Peat is also known for being a highly flammable material.

This image was captured by the Copernicus Sentinel-2A satellite on August 8, 2017.