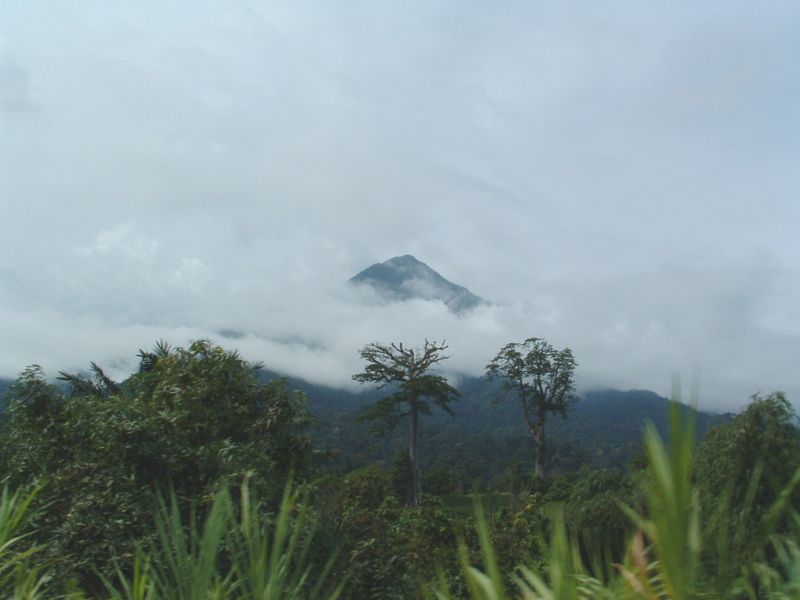 This village in the south-western region of the Republic of Cameroon lies at the foot of Mount Cameroon––the highest peak in Africa, and faces the south Atlantic Ocean. The weather there is in stark contrast to the dry weather affecting of most of the continent and rainfall averages 10,299 mm a year.

Debundscha is a village in the south-western Region of the republic of Cameroon. It is found at the foot of the Mount Cameroon at its south western corner directly facing the south Atlantic ocean on the Cameroon coast.

Debundscha has an extremely wet climate with about 10,299 millimetres (405.5 in) of rainfall falling annually.

The village of Debundscha is included among the five rainiest places in the world which includes Lloró, Mawsynram, the Big Bog and Cherrapunji, with each of them receiving over 10,000 millimeters (400 inches) of rain annually.

Its proximity to the equator which is consistently hot and humid, gives Debundscha a long rainy season and a short dry season in a year. Debundscha’s coastal location with the giant Mount Cameroon behind it, a giant mountain massive rising from the coast of the South Atlantic ocean to a height of about 4,095 metres (13,435 ft) and blocking rain forming clouds from passing it results in abundant rainfall for Debundscha during the year.

The major rainfall falls on the ocean-facing south-western slope of Mount Cameroon and on Debundscha, at the foot of this slope.